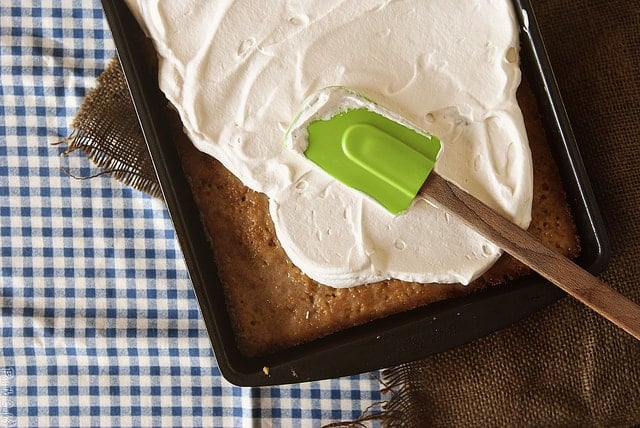 This Tres Leches Cake is perfect. It’s a ruin your weight watchers plan binge eat half the cake with a fork for breakfast and hide the rest for later kind of good.

Cinco de Mayo is almost here and I am really really sad. But we’re finishing out the celebration on PtS and GirlCarnivore with a bang! This Tres Leches Cake is the perfect end to a spicy Mexican binge.

I’m pretty sure I could eat Mexican for an entire month long celebration of Cinco de Mayo if we wanted to make this party last… But I’m also sure I would be painfully single and looking for a place to rent on the cheap too as Handsome patiently puts up with a few Mexican recipes by eating a bag of Chex mix for dinner but wouldn’t have it for a month straight.

Tres Leches means three milks, which can make for an awfully heavy and dense cake when you think about it. But the magic elves in the Cook’s kitchen made this work in big ways without falling to a soggy mess.

I have to say, this Tres Leches Cake is amazing. Bees Knees. Boom shizzle and so forth. It’s simple, but the few ingredients really hold their flavors. That 1/2 teaspoon of cinnamon is just enough. The cake is perfect. It’s ruin your weight watchers plan, binge eat half the cake with a fork for breakfast and hide the rest for later good. I mean, I would never do that… But it could be that good… If you had a fork and no one was looking. 😉

For this recipe I tried out a handy dandy BEAST of a machine. The guys and gals over at BigKitchen sent me an awesome Cuisinart Hand Mixer to test out. Like a big tool I sat on it for a while. I had a hand mixer once, and it ruined hand mixing relations for me for a long time. It had two speeds, off, and oh god the kitchens on fire. There was nothing that could be effectively mixed with it. So, even though I hated washing the bowl and mixer every time I needed to whip something up, I ended up relying on Betsy, the KitchenAid stand mixer, for every little thing.

That was until yesterday morning, when I needed to whip this topping up in no time, snap pics and get to work.

This amazing dodad comes with a whisk attachment! And it has 9 speeds, and an engine like a tank, so it gracefully powered up to speed and whipped the frosting into soft peaks in no time. I was genuinely shocked it did such an amazing job. Even though I do love Betsy, its going to be great making pancakes, brownies, and quick breads without having to haul out so many big supplies.

So this Tres Leches will have dessert covered. Looking for some inspiration for the rest of your Cinco de Mayo celebration? Try these out!

If you’ve tried this Tres Leches recipe or any other recipe on passthesushi.com please don’t forget to rate the recipe and let me know where you found it in the comments below. I love hearing from you! You can also follow along for more good eats and travel tips on Instagram @passthesushi & @girlcarnivore, Twitter & Facebook.

For the Milk Mixture:

Selected for you :   Cranberry Lemonade Margarita

As an Amazon Associate and member of other affiliate programs, I earn from qualifying purchases.

Nutrition information provided is an estimate from nutritionix.com. For specific health concerns, please put the recipe into your Dr recommended nutrition calculator. 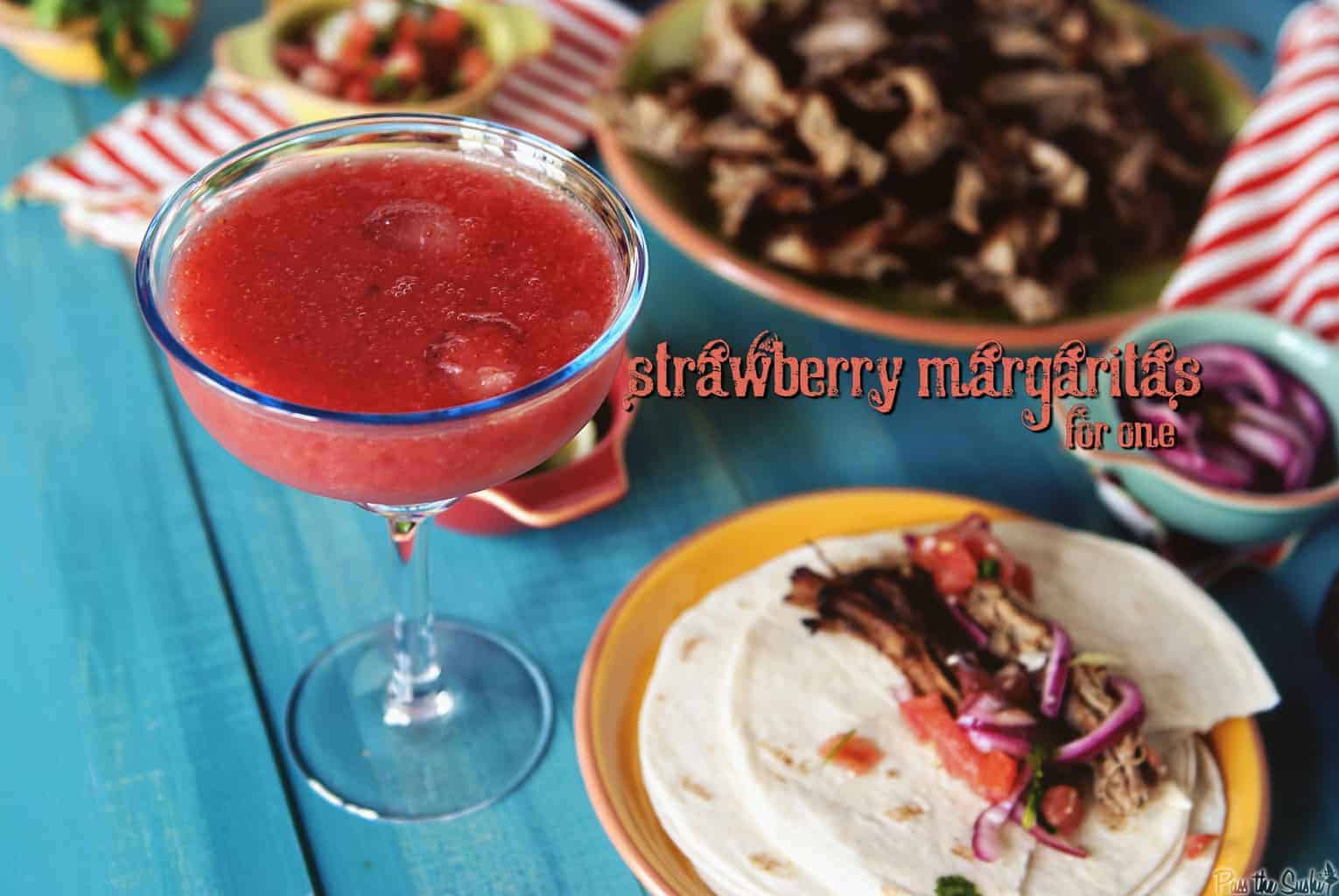 Previous
Simple Strawberry Margaritas for One 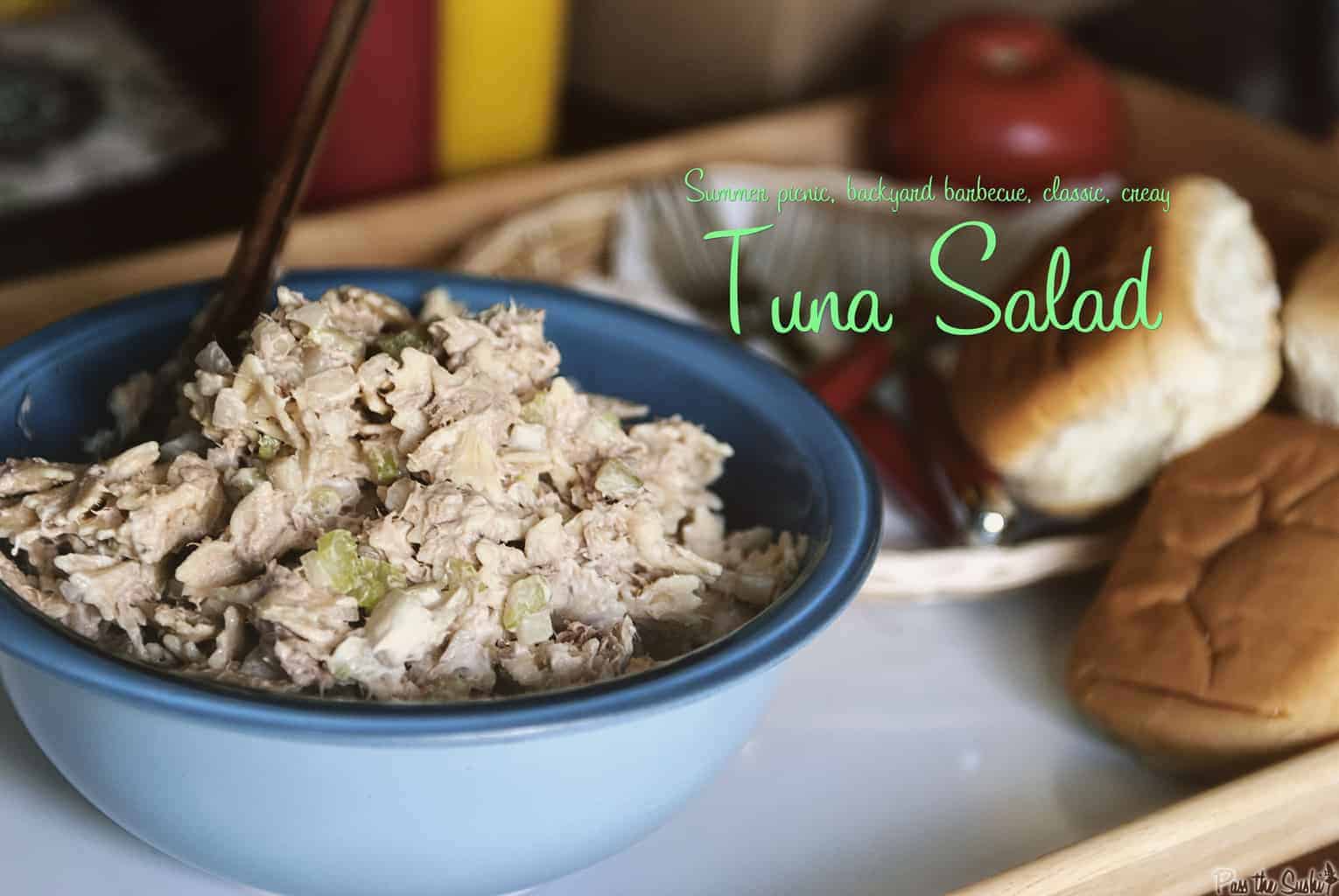 […] Looking for something to serve these margaritas with? Try these refried beans, guac, and red enchilada sauce staples, my favorite slow cooker beef chipotle burrito filling, and this epic tres leches cake. […]

I adore tres leches cake. So flavorful and moist.

I shared the giveaway on Google+.