Almond Green Tea Cupcakes, light, fluffy, and you can even pretend that it's healthy. 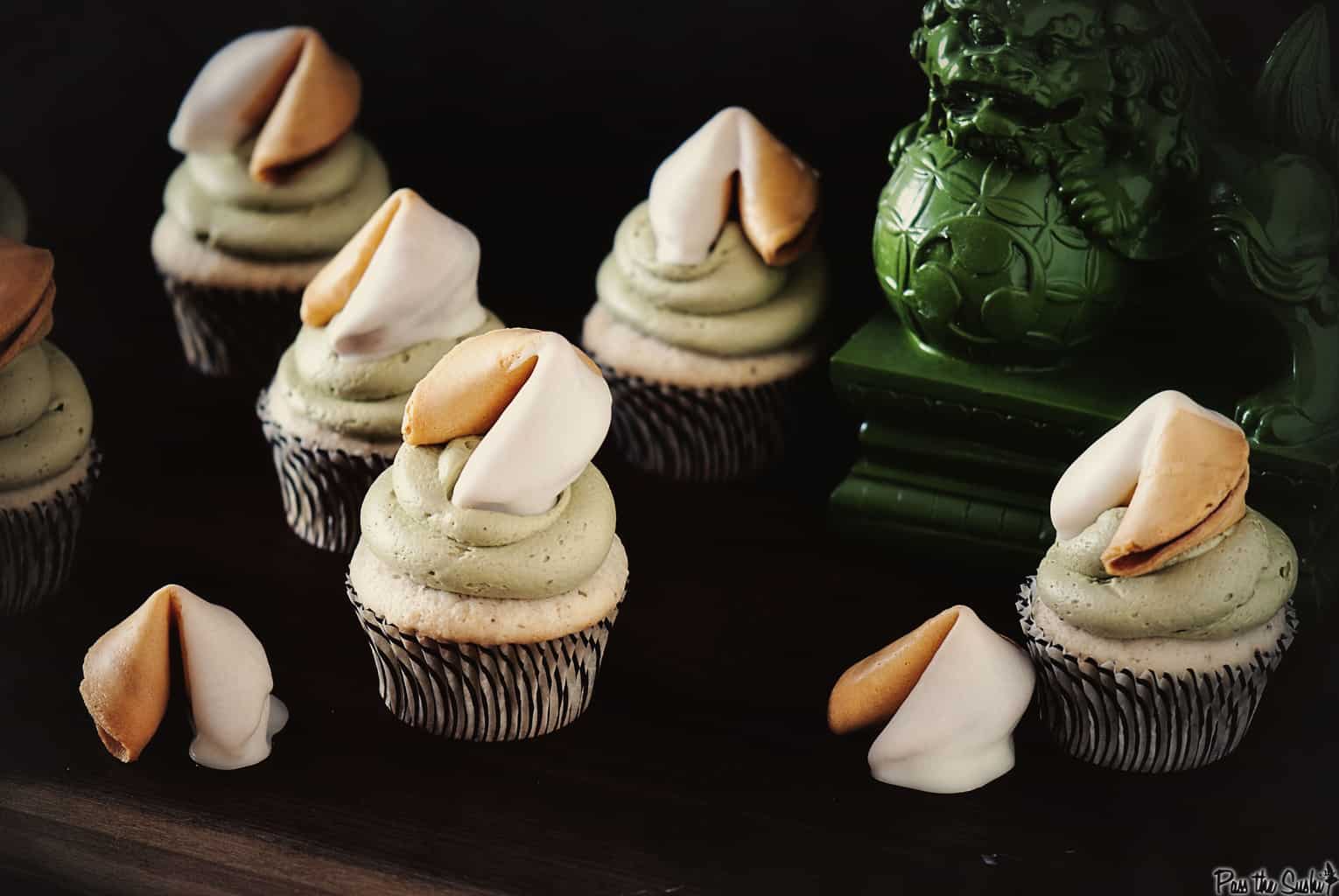 I decided to invest in my future the other day. I spent a whole ten hard earned dollars on scratch off tickets. Why? Because I had a $10 bill hanging out in my pocket for three weeks for the car wash that I hadn't taken my car to and because a client of mine had just won 4 grand with scratch offs.

What you should note is that this is really out of character for me. I voluntarily threw away ten dollars. I am way to stingy to be wasting money scratching off lottery tickets. We all know the odds. In case you're curious, I won two dollars. Lost eight. Not exactly the kind of investment you write home to your mother about. But at a certain point in life you start to dream a little bigger, and if wasting a buck on a scratch off every now and again allows me a few moments of happy day dreams, I can't say I won't do it again.

But you're probably here for the cupcakes.

What does this have to do with cupcakes? Not a damned thing. Nor does it have anything to do with Chinese New Year, Sunday, but maybe I can loosely tie them together saying I was hoping that they would help with a fresh start and some luck. ;D 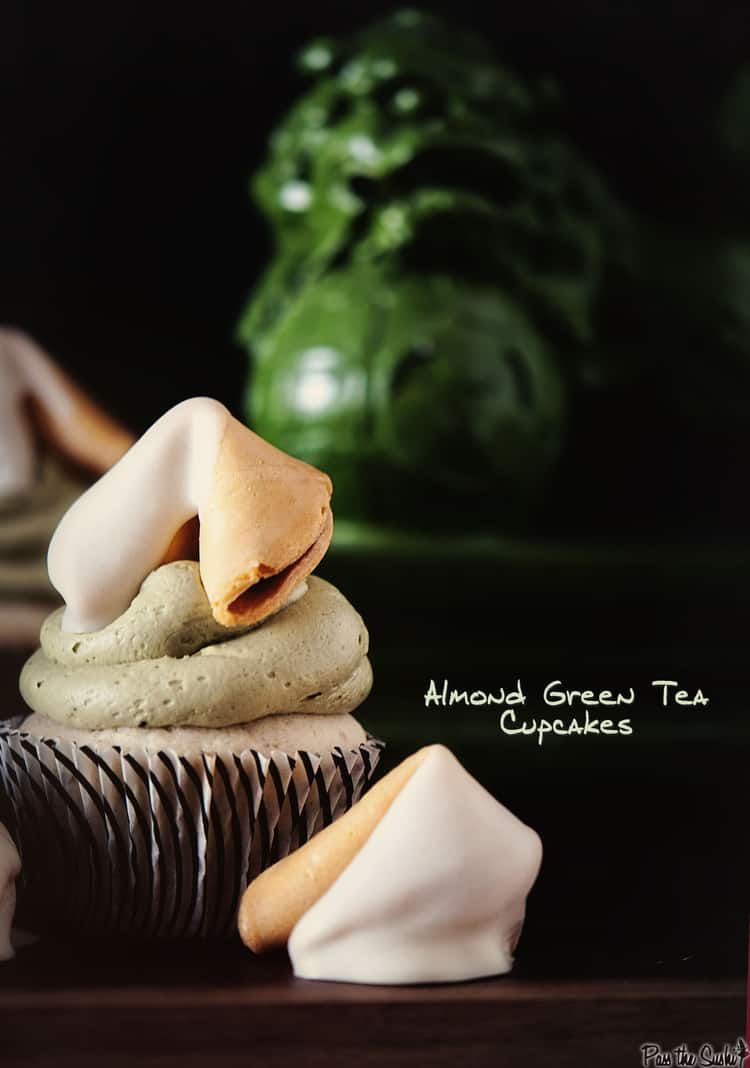 If you’ve tried this Almond Green Tea Cupcakes recipe, or any other recipe on passthesushi.com please don’t forget to rate the recipe and let me know where you found it in the comments below. I love hearing from you! You can also follow along for more good eats and travel tips on Instagram @passthesushi & @girlcarnivore, Twitter & Facebook. 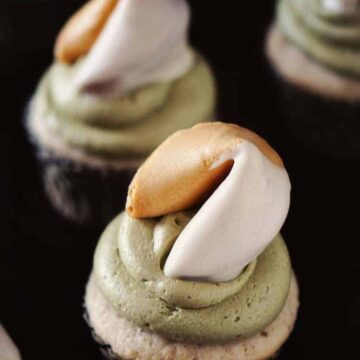 For the green tea frosting: 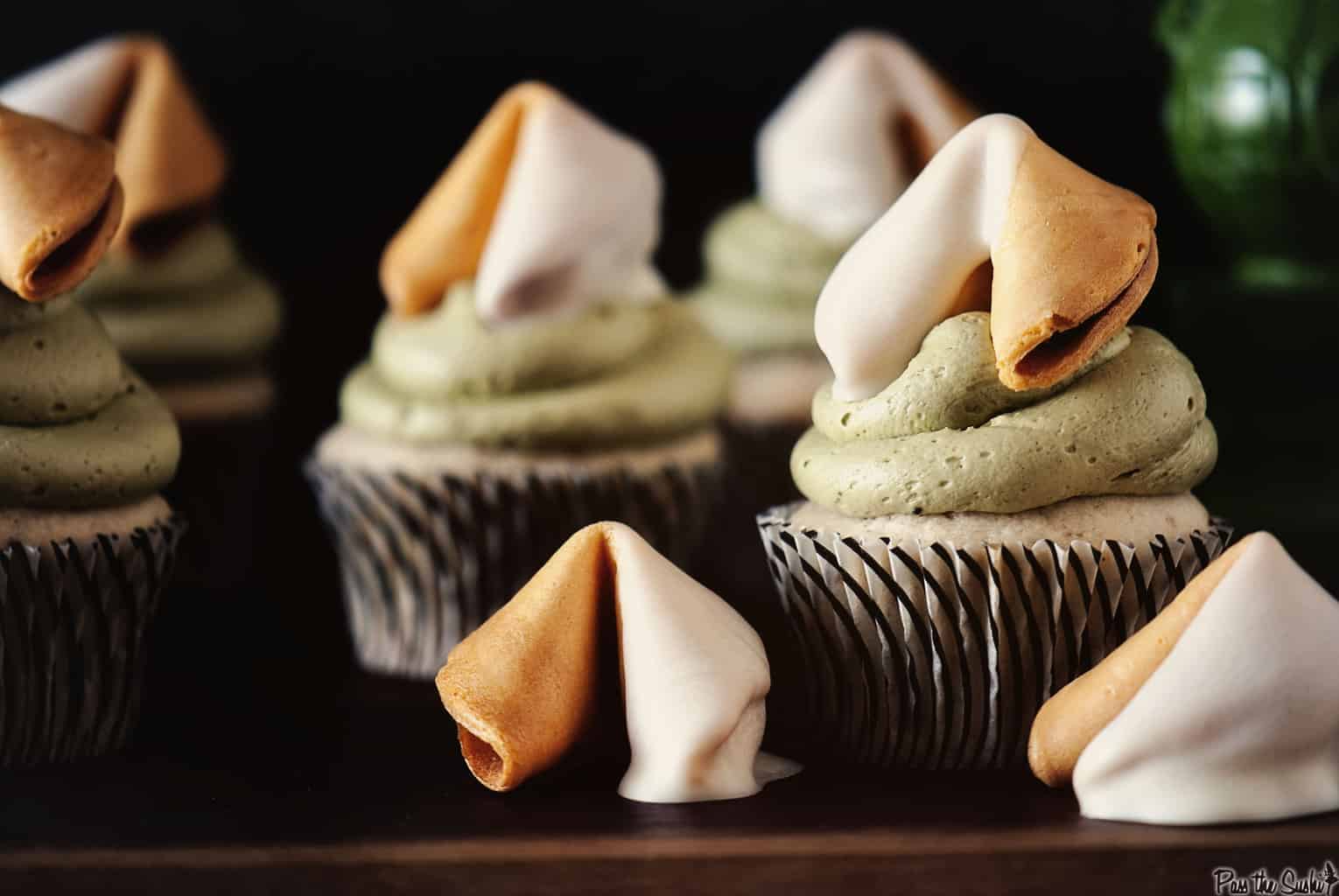 And because cupcakes rock, try these.