Let's talk a minute about this little sitcom that everyone seems to watch. One that kind of haunts my day to day life. Seriously, The Big Bang Theory. I can not tell you how often people step into our comic shop with wide eyes like it's a strange and foreign land wondering what it must be like to 'live in The Big Bang Theory". No really. That show has made us all neurosurgeons and physicists or blond flakes. And since I'm the girl, they often assume the latter for me as well. Thanks. And I'm pretty sure my father had finally stopped thinking working at a comic shop was just like the comic guy from the Simpsons and was finally starting to think it could be 'normal' right around the time Sheldon appears to the world. No really, thanks.

So, naturally, every time someone walks in and says, "This must be what it's like to be on the Big Bang Theory..." I fight the urge to roll my eyes (only proving that flake thing right) and remind them that the Big Bang Theory is a made up show.

Sadly though, it hit me this weekend, as my first customer was a Big Bang enthusiast and it was his first time in my shop. He set up camp and started a rather thorough exploration into the anatomy of a comic shop and as the morning rolled on it happened. My Sheldons, Leonards, and even an Amy or two were arguing about various topics around the store.  And as much as I enjoy their company and their amusing arguments that none are going to let the other ever win any way, I realized that this man who was watching us all was absolutely right. Yes, there are perfectly normal people at comic book stores. There are also extremes that sway in all directions. And there are even twitchy social awkward physicists. The last one just happens to be the one everyone is hunting for right now.

Selected for you :   Peanut Butter Brownies 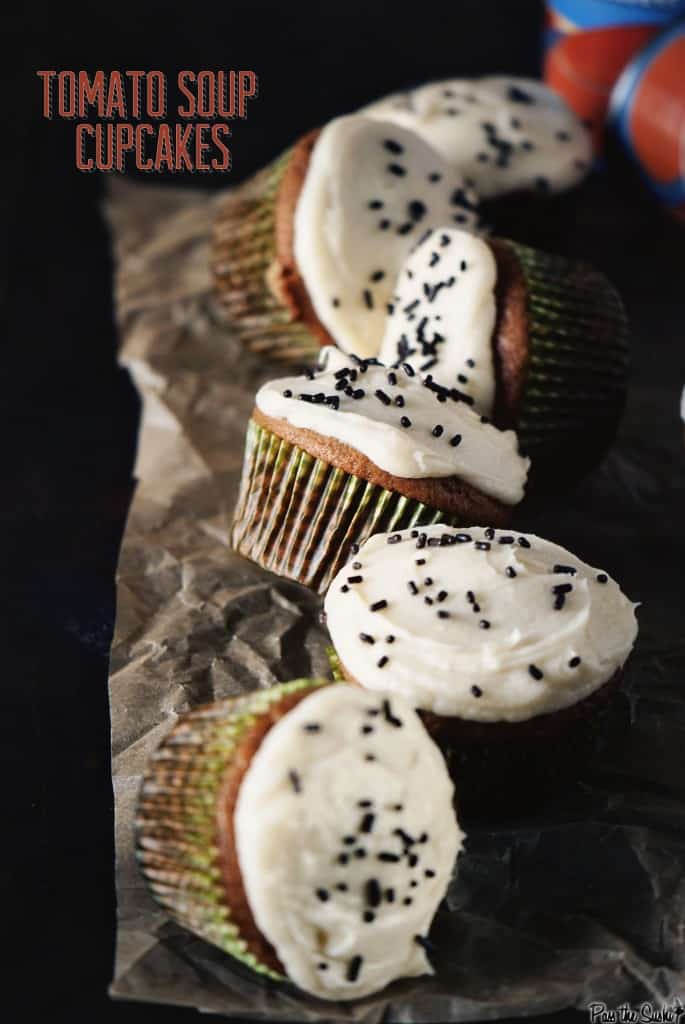 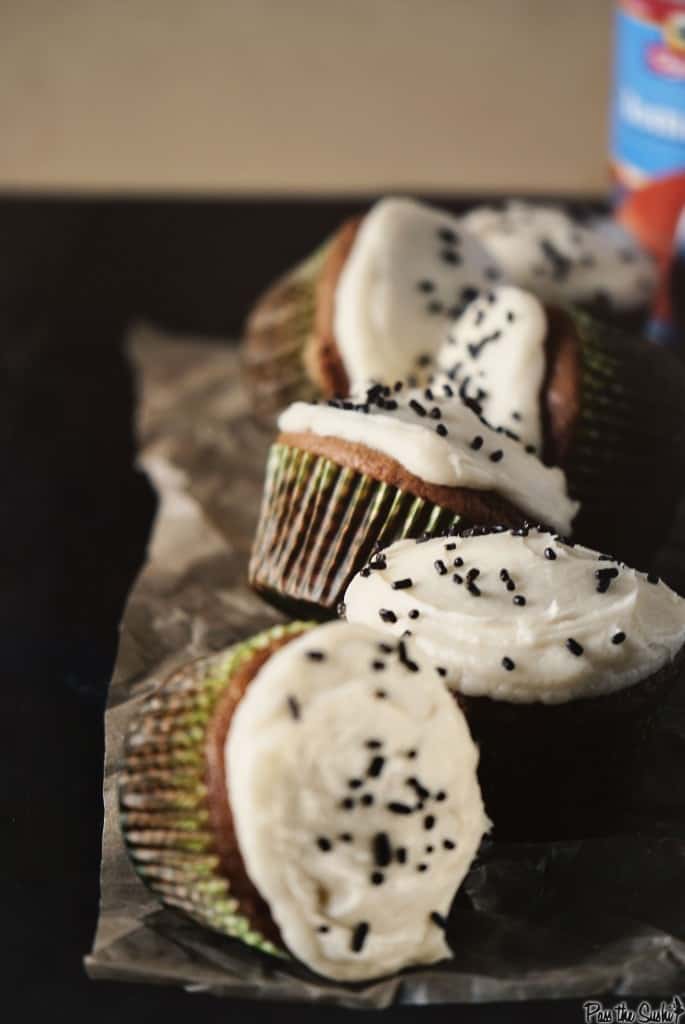 Don't tell anyone what's in these! They are delicious (almost like a carrot cake) and are the perfect winter-y cupcake. After they have devoured it and are gushing over your mad skills - hit them with the secret ingredient. They will be shocked!

In a medium bowl, pour in the tomato soup. Sprinkle baking soda over top and stir; Set aside.

Sift together the flour, cinnamon, nutmeg, allspice, salt and baking powder in a medium bowl. In the bowl of your standing mixer, fitted with the paddle attachment, cream the butter and sugar together until light and fluffy. Add the eggs one at a time, scraping down the sides of the bowl as needed.  With your mixer on low, add the flour alternating with the tomato soup in three additions, mixing until just combined. Scrape the sides and bottom of the bowl and mix for a few seconds more.

Divide the batter evenly into the prepared cupcake pans. Bake for 25 to 28 minutes or until a toothpick inserted in the center comes out clean. Cool for 30 minutes in cake pans before turning out to cool completely.

Selected for you :   Apple and Brie Dessert Quesadillas

To make the frosting, cream the butter and cheese until smooth in the bowl of your stand mixer with a paddle attachment. Reduce speed to low, and slowly add the confectioners' sugar until incorporated. Add the vanilla and mix a few seconds longer. Scrape down the sides and make sure everything was combined. Cover tightly and refrigerate for at least 3 hours.

Transfer frosting to piping bag fitting with a large tip, or frost cupcakes with an offset spatula. 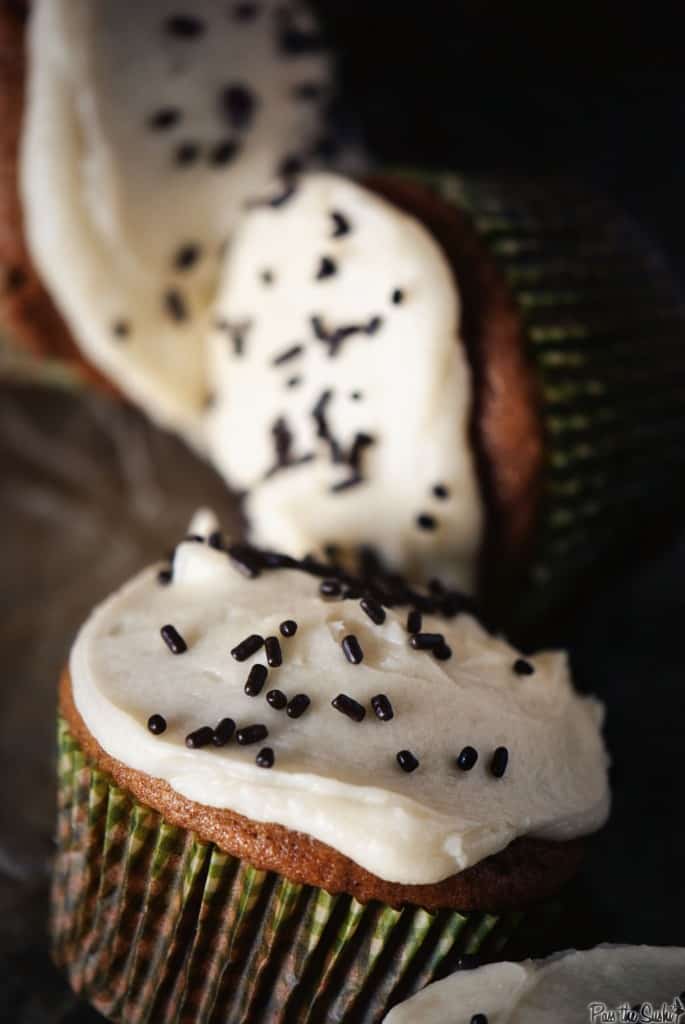 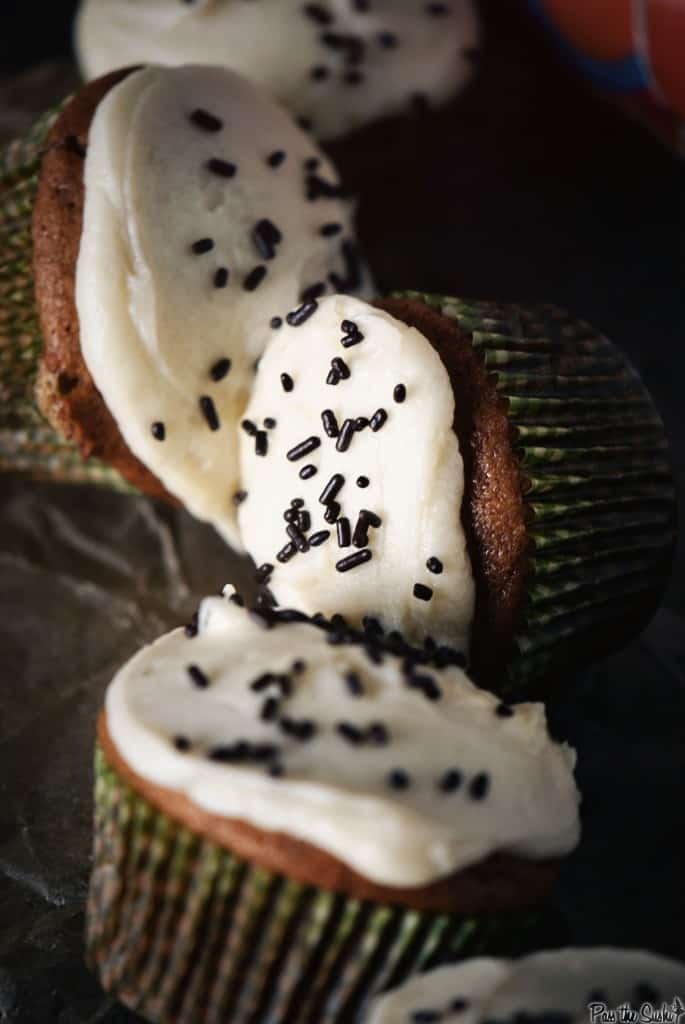