Brownie cupcakes with fluffy peanut butter frosting on top. That's the kind of dessert that a hero deserves. A hero like this one... 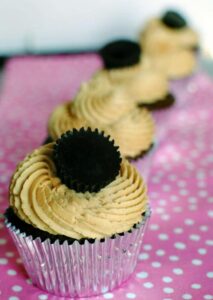 The other day a letter arrived addressed to my BF from:

The letter inside was

I saw this on the ground at (insert location here) and thought you may need it. Have a great day.

Enclosed was his driver’s license that he had lost several days before.

Now, I thought this was rather awesome of "Big D." Most people wouldn't even bother picking something up let alone spending the $0.44 to mail it - and include an awesome letter and great return address. How cool is that? Made my day. I left the letter from Big D hanging on the fridge because it made me smile. It also makes me smile that this person may go by the nickname Big D (trying to tell us something 😉 ). Either way, kudos to Big D for saving my BF a trip to the DMV. Thank you.

Preheat the oven to 300 degrees F.

In a mixer fitted with a whisk attachment, beat the eggs at medium speed until fluffy and light yellow. Add both sugars. Add remaining ingredients, and mix to combine.

Pour the brownie cupcakes batter into foil cupcake tins till ¾ths full in a cupcake pan and bake for 17 minutes (my oven took 17 minutes, but ovens can run very differently so make sure and keep an eye on them). Check for doneness with the tried-and-true toothpick method: a toothpick inserted into the center of a cupcake should come out clean. When they are done, remove to a rack to cool. Resist the temptation to stuff your face until they are mostly cool. 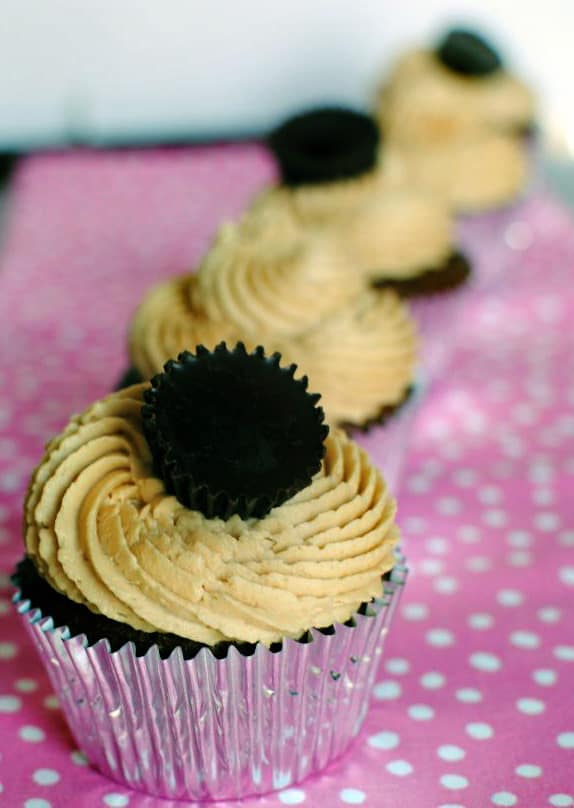 Place the butter and peanut butter into a medium bowl, and beat with an electric mixer. Gradually mix in the sugar, and when it starts to get thick, incorporate milk one tablespoon at a time until all of the sugar is mixed in and the frosting is thick and spreadable. Beat for at least 3 minutes for it to get good and fluffy. Then pipe onto cooled cupcakes. 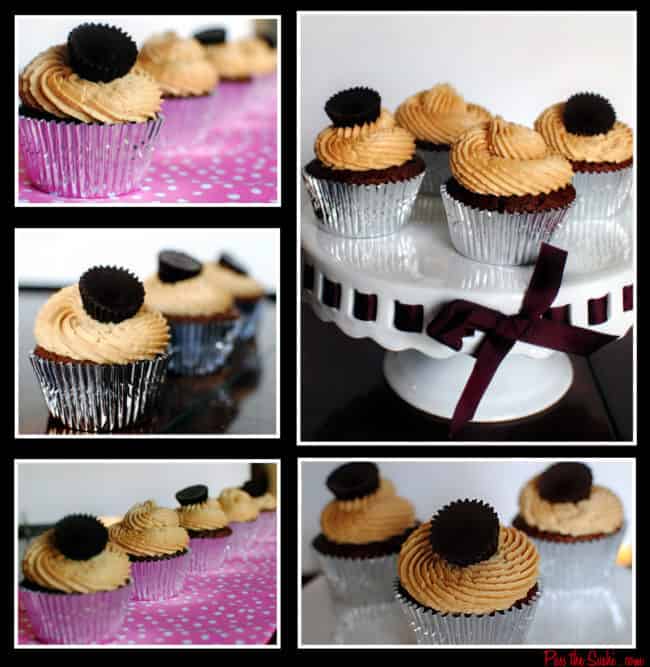 I put dark chocolate mini Reese's Peanut Butter Cups on top of some of these brownie cupcakes and left some with just icing. I used Bake It Pretty's Giant French Tip for the icing. I'm still getting the hang of icing tip and how to make them look good. "Patience" is my mantra while trying to ice the cupcakes; something I'm not very good at.

If for some strange reason, you're not into these brownie cupcakes and you'd rather have your brownies in their traditional form, check out these recipes!