Can a girl get hells yeah on that melty gooey cheesiness?

One thing I have never done that I would like to kick off the bucket list is hard core tailgating. Hell, 'hardcore'? I've never even tailgated at all. But it does look like my kind of gig. Tons of people, tons of food and a friendly atmosphere. Yeah, I could feed me some strangers.

My father is one of those guys who would be great at it and draw a crowd from miles around if he ever brought his little Webber to the park and set up. He has one of those contagious personalities. People can't help but laugh when he is around. And he may be able to cook every now and then, though not as good as me. 😉 Now that I think of it, I may just have to kidnap him and find a sport to start getting into, or at least a few crowded parking lots. 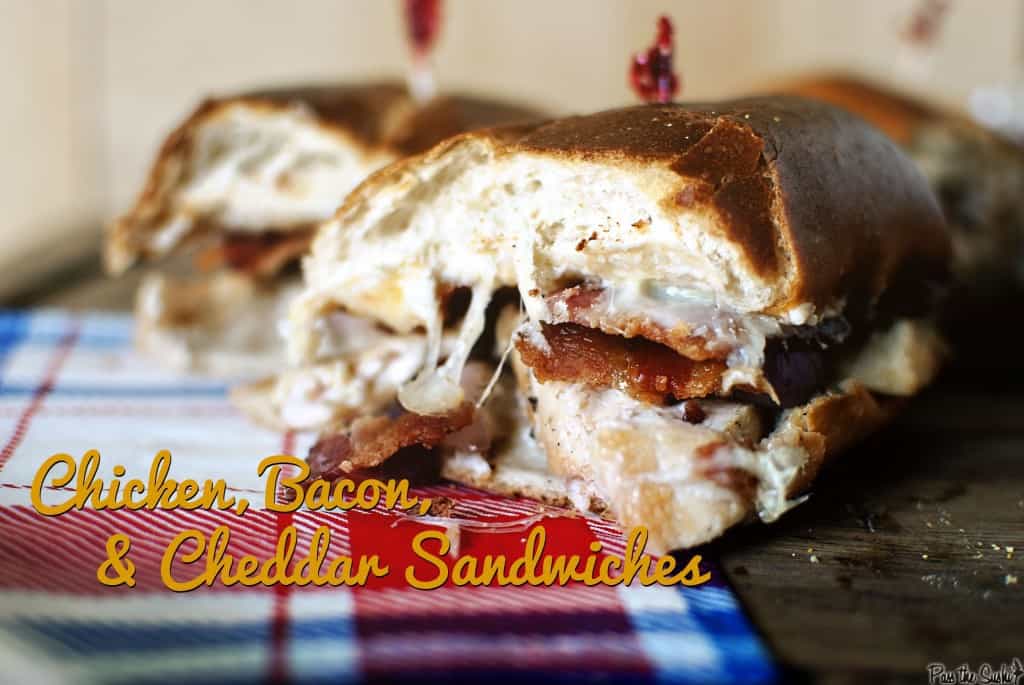 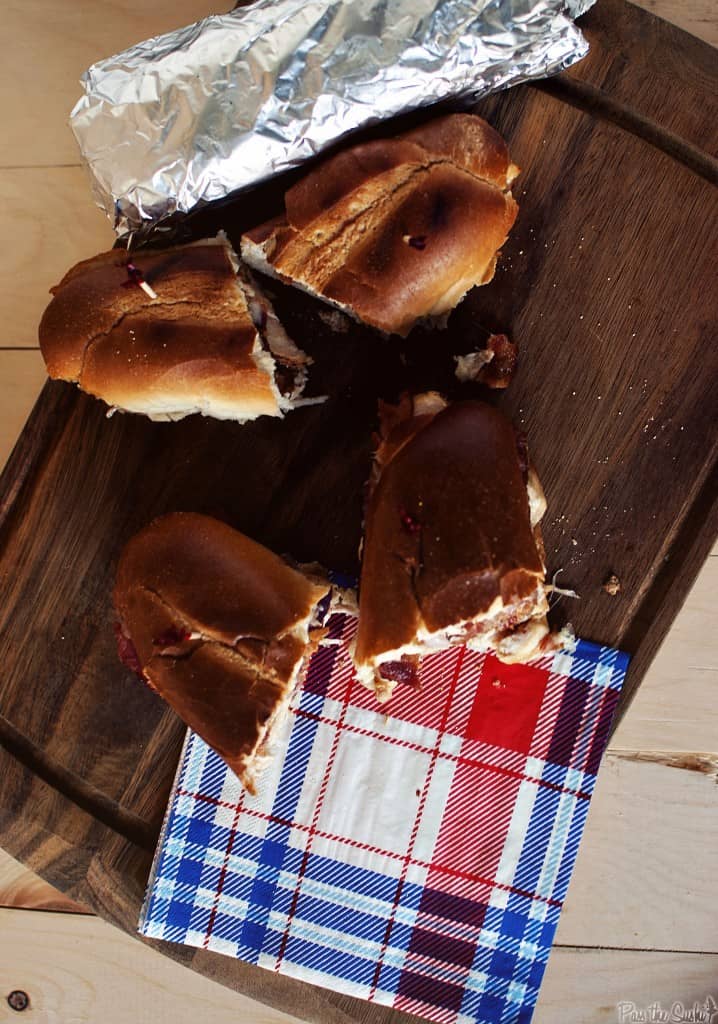 Selected for you :   Tequila Chicken Sandwiches

Meanwhile, preheat oven to 400 degrees F and line a baking pan with aluminium foil and a wire grate. Arrange bacon on grate and cook until crispy, about 16-20 minutes. Carefully remove bacon and lay on a paper towel lined plate. Using caution, dispose of bacon grease or save for later to fry something in. I don't judge.

In a small bowl combine mayo and mustard. Cut both loaves in half and hollow out the inside of each, leaving only a thin shell of bread and crust. Spread the insides of the loaves with mayo mixture. Slice the chicken thinly and separate the onion rings. Layer the chicken, onion rings, bacon and cheddar on each loaf. Replace tops and press down gently. Wrap each sandwich in aluminium foil and refrigerate until ready to serve.

To serve, reheat the sandwiches on a grill over medium heat about 10 minutes, turning every 2 minutes. Remove foil, secure with toothpicks and cut each sandwiches into 4 portions. 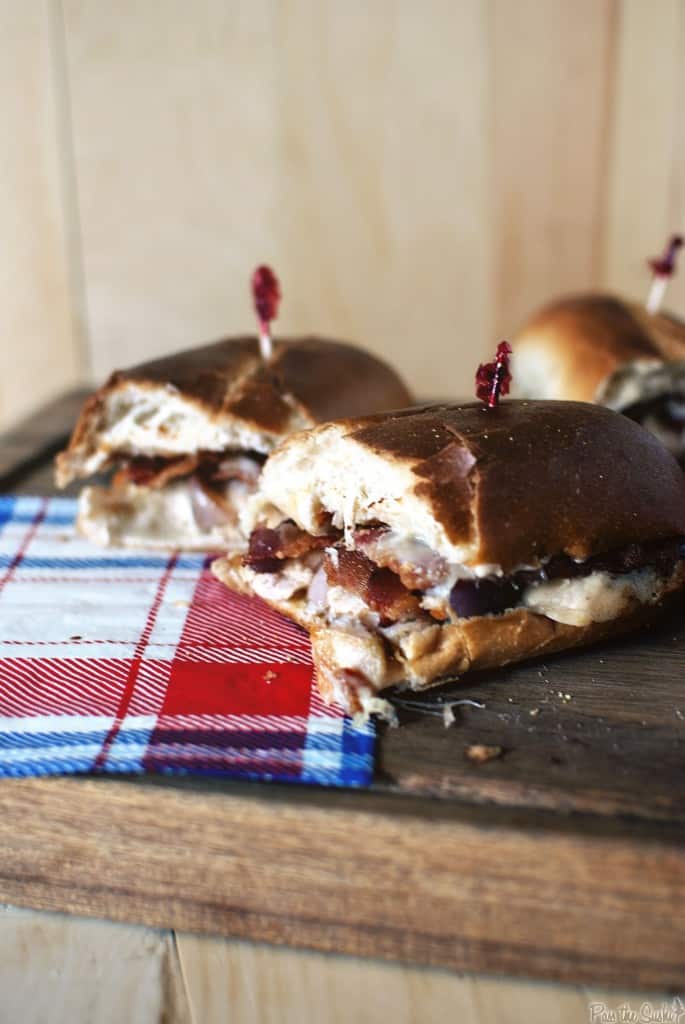