Did you know what you wanted to be when you were a kid? Did you have dreams of being a fireman or an astronaut? When I was a little girl, I wanted to be a marine biologist in the worst way. It wasn’t a ‘kind of sort of I’d like to do that someday’. I simply knew I wanted to be a marine biologist. I loved science of all sorts, but I have always been fascinated by the water. Even as a child, I thought it was really neat that we didn’t know all of the mysterious creatures that were hanging out on our own planet and felt an insane curiosity towards them. I was curious about them, wanted to learn more and see how they had evolved, or in some cases hadn’t. I was never scared of the ocean, and on family vacations would let my Poppop take me out past where the waves break to that calmer area where you can float a bit. I never bought into the shark hysteria or was bothered by my Delaware water not being crystal clear. I knew there were things in there with me, and I was ok with that. ]

Until I discovered jelly fish. I believe it was at the Batlimore aquarium where they had a huge jelly fish exibit with the glowing globs just floating in tubs with their long tenticles floating all around. Their alien like nature, with no real purpose other than to consume and reproduce just got under my skin and suddenly I was terrified of them. I could no longer go in the ocean and knew my dreams of marine biology ended that very moment.

Selected for you :   Chicken, Bacon, and Cheddar Sandwiches

I still get sucked into great articles on new marine species and discoveries. Love me some lore about giant squids and other creatures we haven’t yet disproved. And would some day still like to see mysteries under the sea from a very protected large impenetrable submarine of some sort. Not for any of the real horrors that live in the ocean, but for the mindless floating jelly fish…

I guess things don’t always turn out the way we plan, but we can make a killer fool-proof dinner if we want. I sincerely urge you to try this meal. It was a much needed little variety from out normal beef or poultry with mac and cheese. The glaze really makes the pork chops out standing and the mac and cheese chowder is just a great spin on two delicious things. 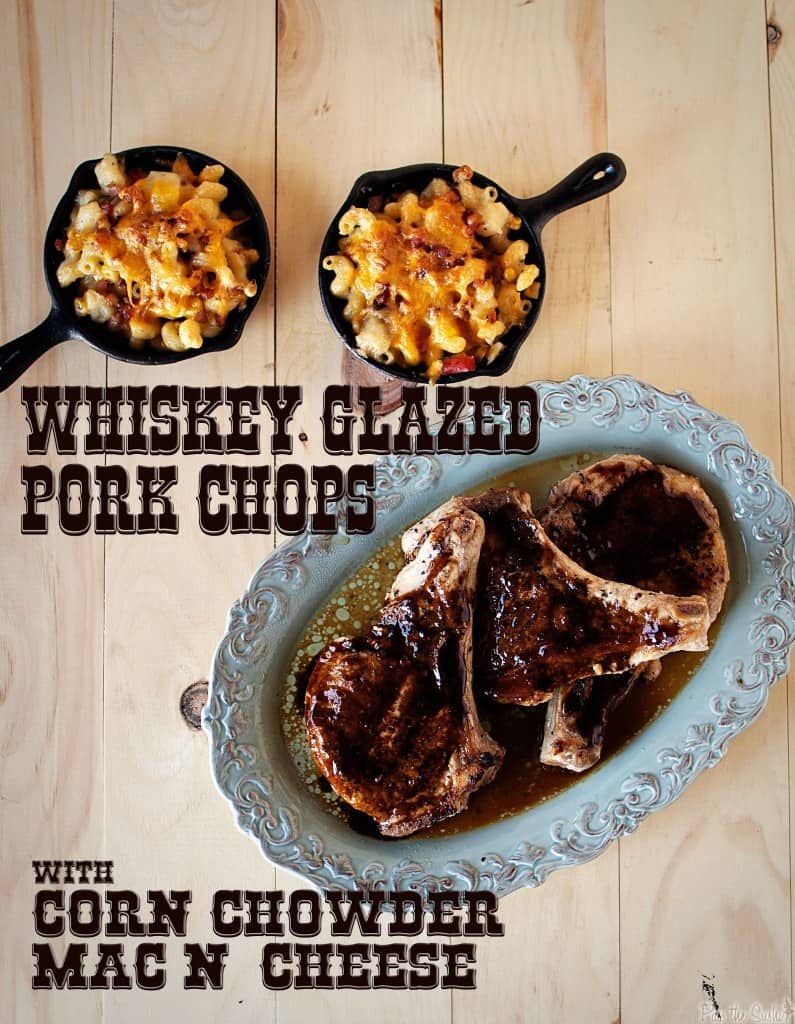 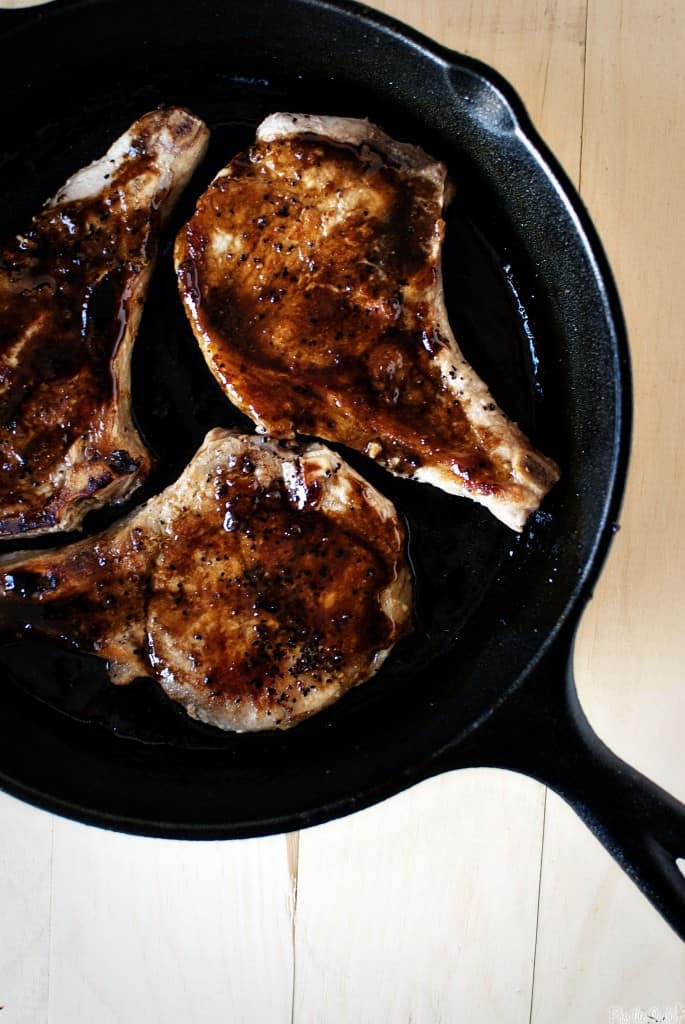 Remove chops from bag, pat dry, and discard marinade. Heat oil in large skillet over medium-high heat until just beginning to smoke. season chops with salt and pepper, and cook until well browned on both sides, 3 to 4 minutes per side. Transfer chops to plate and cover tightly with foil.

Add reserved whiskey mixture to skillet and bring to boil, scraping up any browned bits with a wooden spoon. Cook until reduced to thick glaze, 3 to 5 minutes. You will know its there when it coats the back of a spoon. Reduce heat to medium-low and holding the chops, top plate to add any accumulated juices back to the skillet.  Add remaining 2 teas vinegar, whisk in butter, and simmer glaze until thick and sticky, 2 to 3 minutes longer. Remove pan from heat.

Return chops to skillet and let rest in pan until sauce clings to chops, turning chops occasionally to coat both sides, about 5 minutes. Serve, spooning and additional sauce over chops. 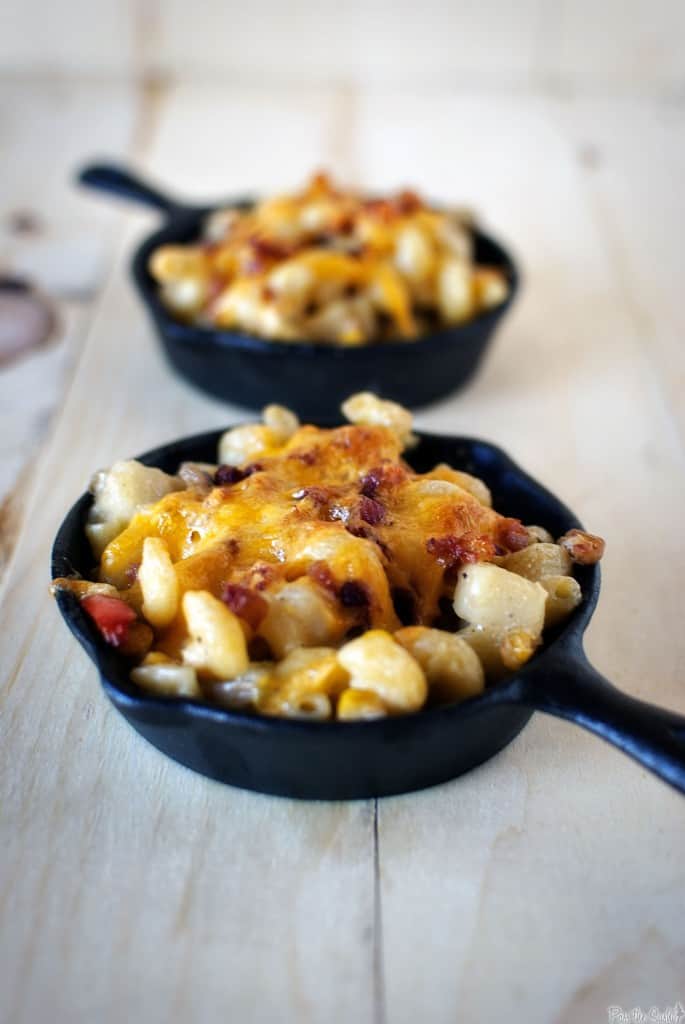 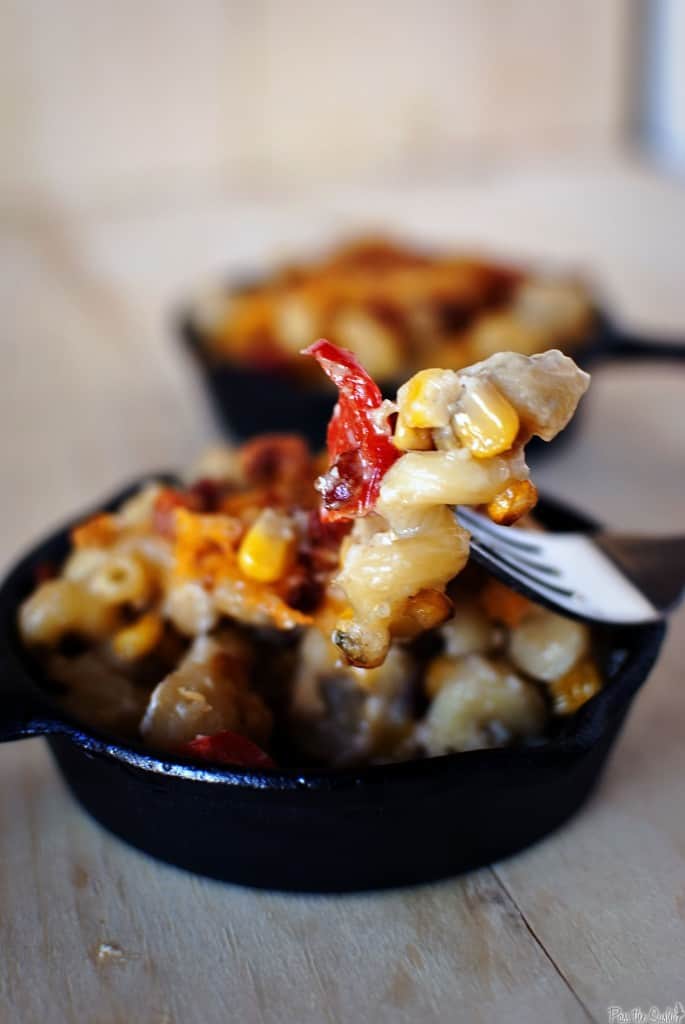 Bring a large pot of salted water to a boil, add the pasta and cook to al dente. Drain and return to the pot. While the pasta is working, position a rack in the middle of the oven and preheat the broiler. Place a small bowl upside down in a large bowl. Stand each ear of corn on the small bowl and scrape down the kernels.

Selected for you :   Waffle Pizzas and Celebrating My 200th Decline

Heat a skillet over medium-high heat. Add a drizzle of olive oil and the bacon and cook until crisp. Using a slotted spoon, transfer the bacon to a paper-towel-lined plate. Add the corn, potato and Old Bay to the bacon drippings in the skillet and brown for 5 minutes, stirring occasionally. Add the celery, chile pepper, bell pepper, onion and garlic; season with the thyme, salt and pepper. Cook, stirring occasionally, until softened, 8 to 10 minutes.

Meanwhile, melt the butter in a medium saucepan over medium heat. Whisk in the flour, then the milk; season with the mustard, cayenne, nutmeg, salt and pepper. Cook until the sauce coats a spoon thickly; lower the heat to low. Stir in the parmigiano.

Add the corn-potato mixture and the white sauce to the pasta in the pot and stir together. Transfer to a casserole or serving dish, top with the cheddar and bacon and broil until brown and bubbly, 3 to 5 minutes. Serve immediately.

**This mac and cheese makes enough to serve a large family at the holidays. I would easily cut it in half for a family of four on a regular weeknight. 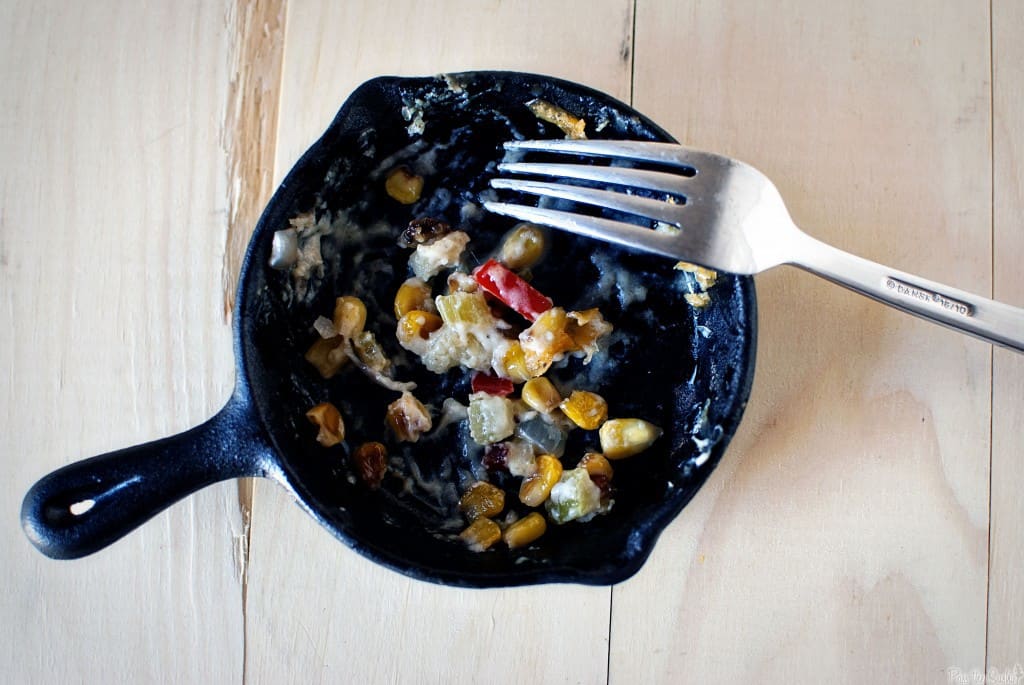 I was really excited about the reefs in Hawaii, until I stepped on an urchin on Friday... won't be going near the reefs for a while... But at least I have your amazing recipes to drool over to make me feel better. This is right up my alley... definitely on the list to make.

this is an awesome meal! definitely want to try both of these soon!

Holy Crap! i need to eat this soon, it looks amazing! My brother wanted to be a marine biologist too for forever!! But then at about age 12 he found out he got motion sickness really bad. Like doing a summersault made him feel sick.

Just found this via Tasteologie, and wanted to let you know that this meal looks absolutely incredible!! Pinned!!

I love the combo of the whiskey and the apple cider. Great post. Buzzed!