Watch out! There's a gringa in the kitchen and she's camping out all week in celebration of Cinco de Mayo. It's the one time of year I can fill the kitchen with Mexican recipes and Handsome has to sit back and deal. Normally, he like's our 'Mexican' dishes, basic tacos and our version of enchiladas. Once he hear's the word Mexican in conjunction with food he curls in the fetal position because of one tragic mole experience. I haven't convinced him that not all mole's are the same and that not every item on the menu has a mole sauce on it... But still, my house, and occasional nights out are sadly deprived of much loved Mexican cuisine.

So grab your sombrero because I am living it up for the week! 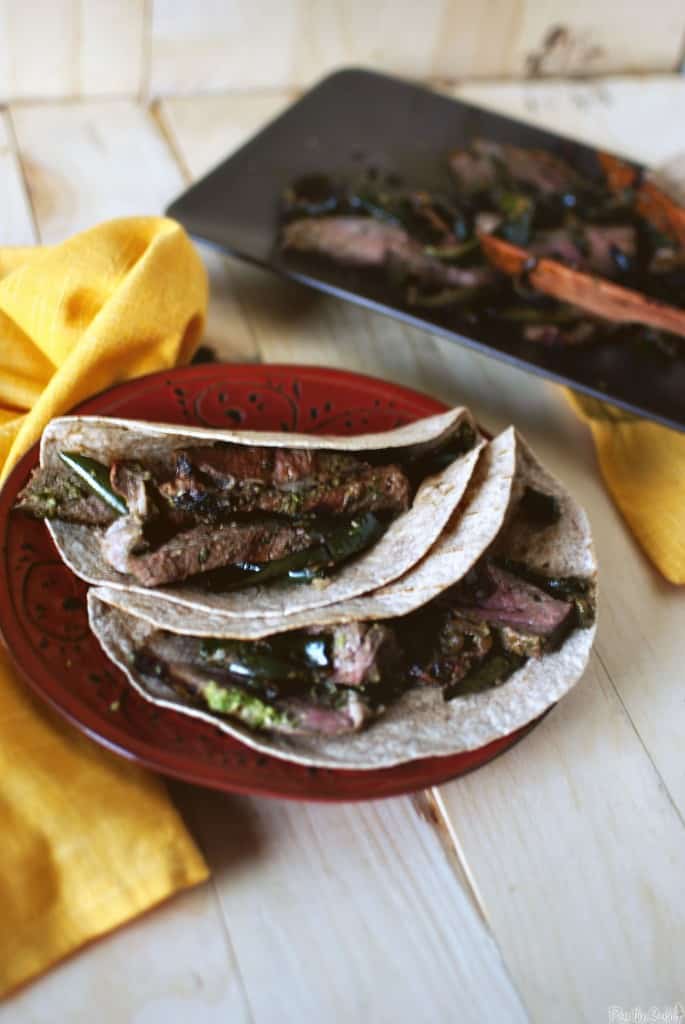 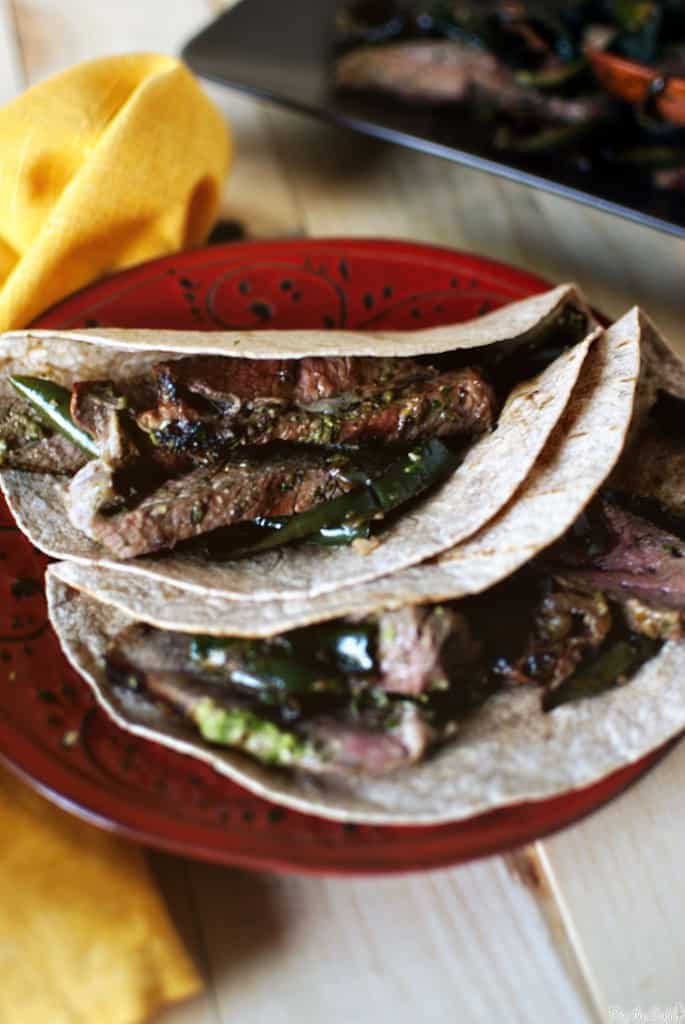 Toss the parsley, cilantro, garlic, half the onion,  salt, pepper, vinegar, 2 tbs lime juice and ½ cup olive oil in a food processor and pulse until mixture becomes thick and smooth.

Use half of the sauce to spoon over the steak, seal in a plastic bag and marinate for at least 1 hour and up to 24. Reserve the remaining sauce.

When ready to prepare, preheat the grill to medium-high heat for at least 20 minutes. Place steak on grill and cook, covered, 6 minutes per side for rare to medium rare. Remove from grill and cover with foil. Let rest for 10 minutes.

Meanwhile, heat the remaining 1 tablespoon olive oil in a large skillet over medium-high heat. Add the peppers and the remaining sliced onion half; season with salt and pepper. Saute until the vegetables are softened and caramelized around the edges, about 8 minutes. Add the beer, cover and cook until the peppers are tender, about 5 minutes.

Warm the tortillas on the grill. Thinly slice the steak on the bias; divide among the tortillas along with the peppers and onions. Thin the reserved chimichurri sauce with the remaining 1 tablespoon lemon juice;drizzle over the fajitas. Serve with lime wedges, if desired. 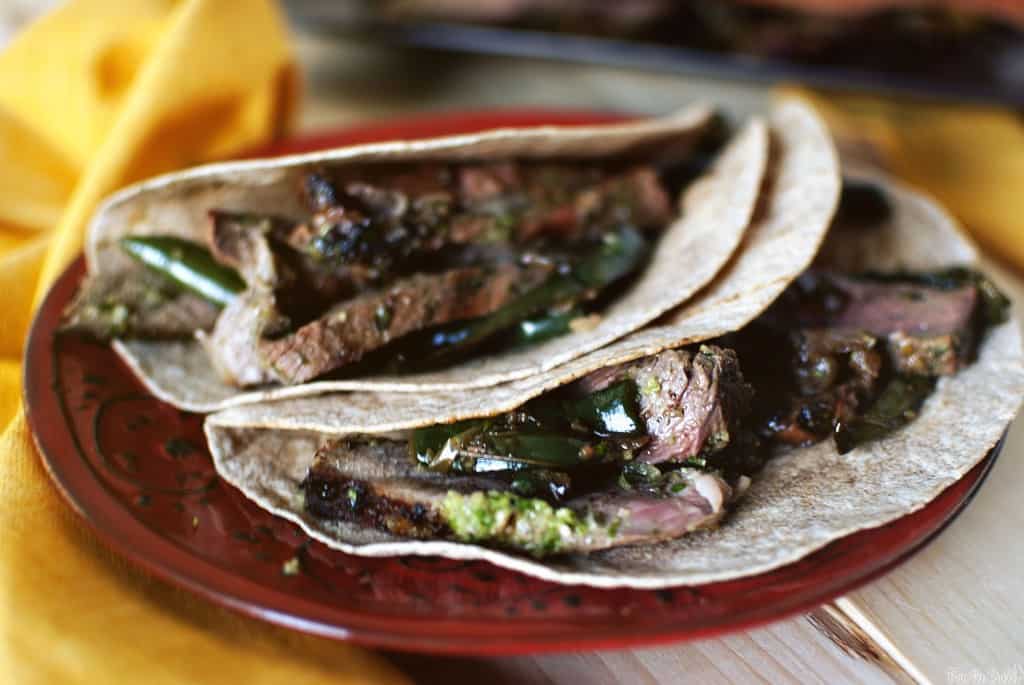