If you were to have the impression that I cook a lot, you would be right. And through all  of my experiments, recipes, failures, and success, Handsome sits and eats without saying a word. I ask if it was good, and he  may nod, or say yes, but there is rarely any excitement in his voice. After a while, you just come to terms with it. He wouldn't care if I fed him macaroni and cheese for weeks on end, he would nod and say it was good. Which may be something I considered for a while, just to see if I could ignite some sort of reaction from him.  I wasn't even aware that my curried pot pies were one of his favorite meals until almost a year after I made them, when he asked for them again.  The closest thing I've gotten to a compliment is a request for a repeat.

The other night we were killing time and prepping for the weekend by having a few drinks, an appetizer, and dessert out at some restaurants. After a fail at one place, we packed up our rodeo and headed over to one of our favorite spots. Another martini for me and a brownie for him.

"The best brownie ever," he proclaimed.

Of course, I considered that a challenge to bake him skillet brownies and make him a brownie sundae he'd remember forever. 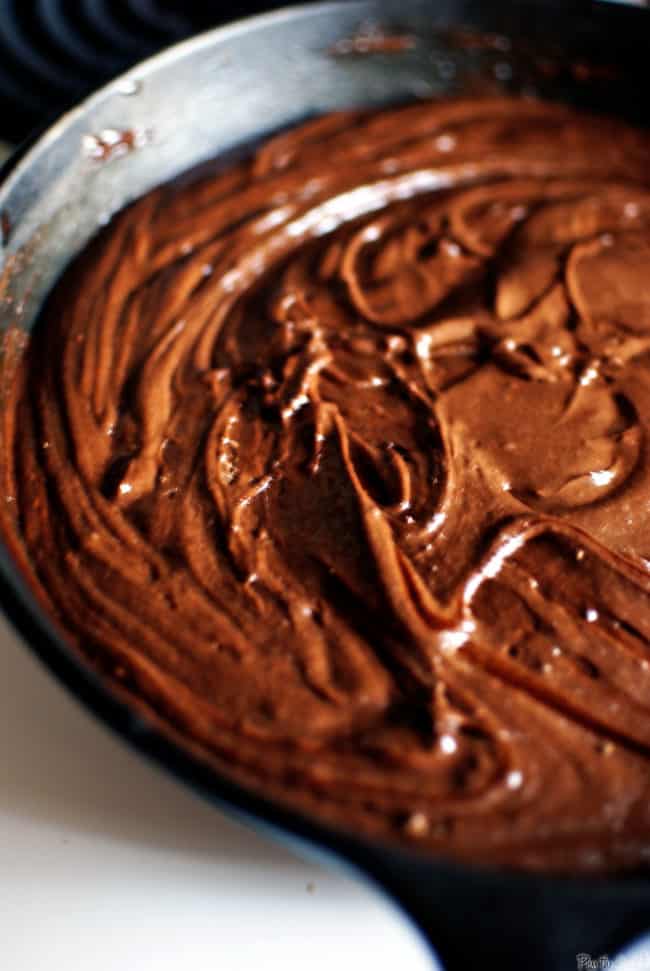 (Look at all that chocolatey awesomeness before baking) 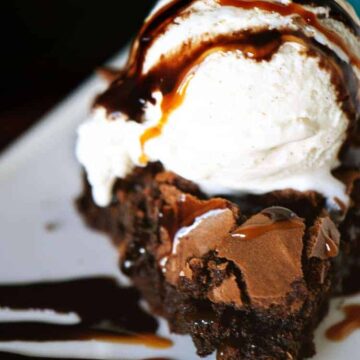 Really? The best brownie ever? It's been sitting in a freezer for days waiting to be zapped in a microwave and handed to you. I make countless desserts and this is what you finally say is good??? One human hands didn't even bake....

As you can imagine, I said no brownie would ever be created in my house again.

"But this one has caramel and chocolate sauce." Because we don't keep either in the house.... 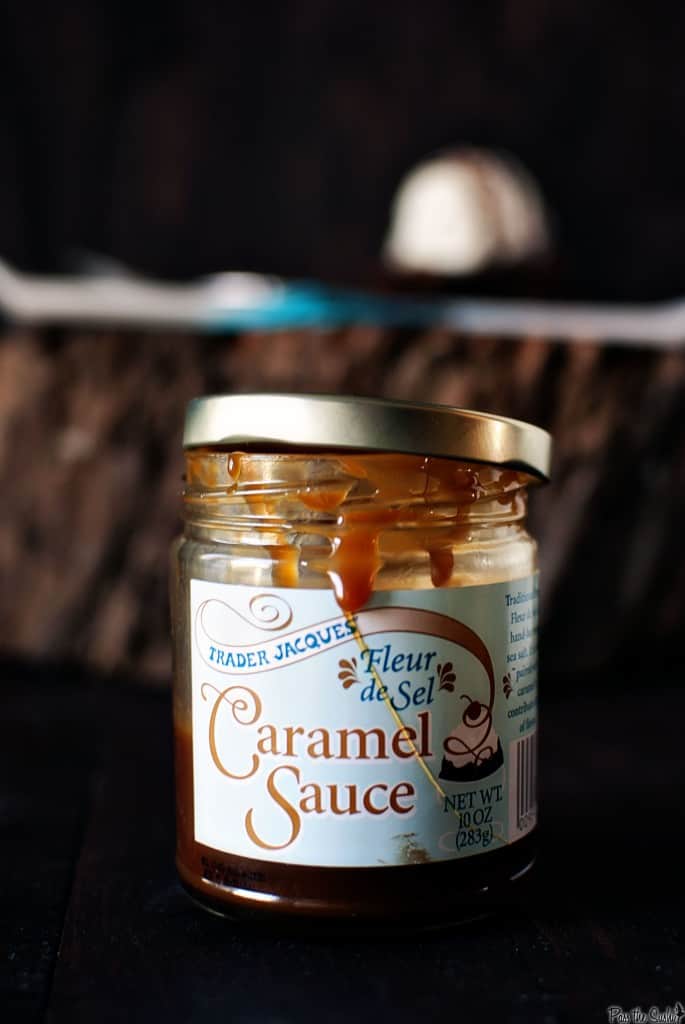 And then I had to show him up.

Karma? Him walking in from work an hour early, just as I washed the caramel and chocolate from the platter. And what.

So, if you would like to impress your sweetie for Valentine's day, or any day rather, skip the tireless work put into a fancy dessert, no need to bust out the ever faithful Kitchenaid, nope. One whisk, two bowls and a skillet. Prep, 5 minutes. Cook 40. Plop down some Ben and Jerry's and there you have it. You can thank me later for the time you will save trying to come up with something spectacular. 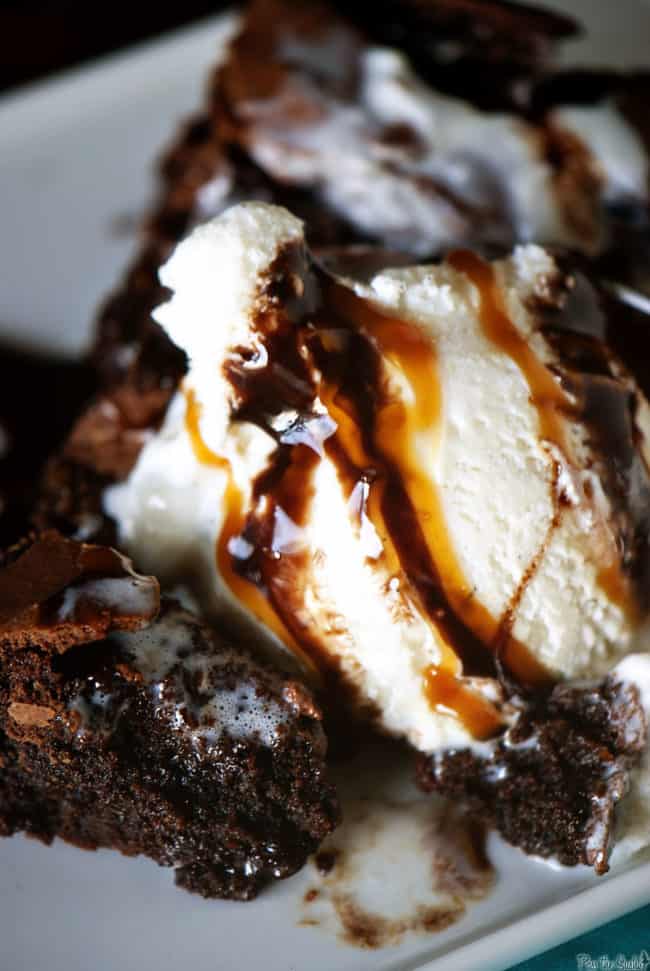