Chocolate pecan tart is a dessert that looks and tastes fancy enough to serve for a special event or a holiday, but it's so delicious and indulgent, you might want to eat it every night.

We spent New Years Eve playing the Nintendo Wii with friends at our house and let me just say, we need a Wii. I don't want to buy a billion games or waste hours playing anything new, but on nights when Handsome and I both have no clue what to do, the Wii would be a perfect solution. Ping pong an bowling, here I come. We were so involved in 100 pin bowling we didn't even notice that the clock struck midnight and we missed the ball drop (giggle).

It even comes in red now. Doesn't that seem perfect for me?

So, why can't we have one? Because Handsome is a sore winner. He could beat a kid at tic-tac-toe and still want to run a victory lap around the block announcing his achievement to the world. Yeah, that kind of sore winner. And its a little cold out this time of year for victory laps, so there goes that dream.

Oh well, on to the chocolate pecan tart dessert recipe. 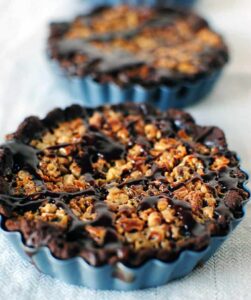 For the Chocolate Tart Pastry

Using a food processor, combine the butter, flour, pastry flour, cocoa, icing sugar, and salt and pulse until the texture resembles coarse sand. Add the water and mix until the mixture just comes together. Do not over process.

Using your KitchenAid Stand Mixer fitted with flat beater attachment, beat the eggs, both the sugars, salt and syrup until just combined but not frothy. Stir in the whipping cream, vanilla, brandy, melted butter (making sure it has cooled). Fold in the pecans. Pour into the prepared pre-baked crust and bake for 50-60 minutes, until the filling is set and slightly puffed in the center. Cool completely before topping.

Coarsely chop the chocolate and place in a heat-proof bowl. Place a small saucepan on medium heat and cook until the cream just comes to a simmer. Remove from the heat, and pour over the chocolate. Let sit for a couple minutes and stir until the both the cream and chocolate form a homogeneous mixture. Add the corn syrup and stir again.

Using a teaspoon, dot the topping of the cooled pie and swirl decoratively.

Store refrigerated for up to 5 days. 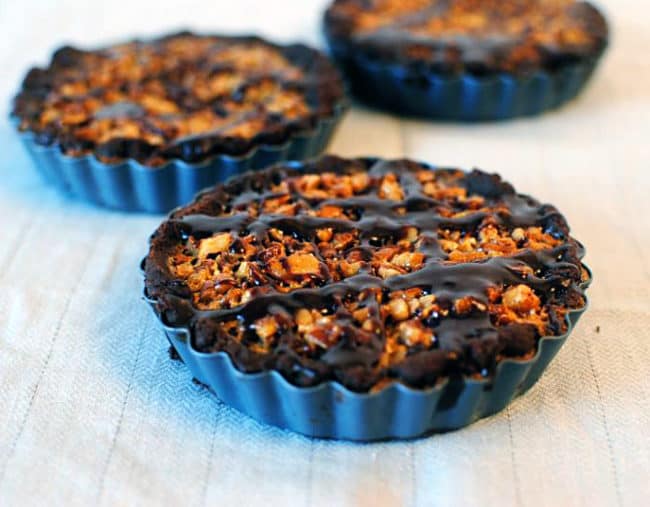 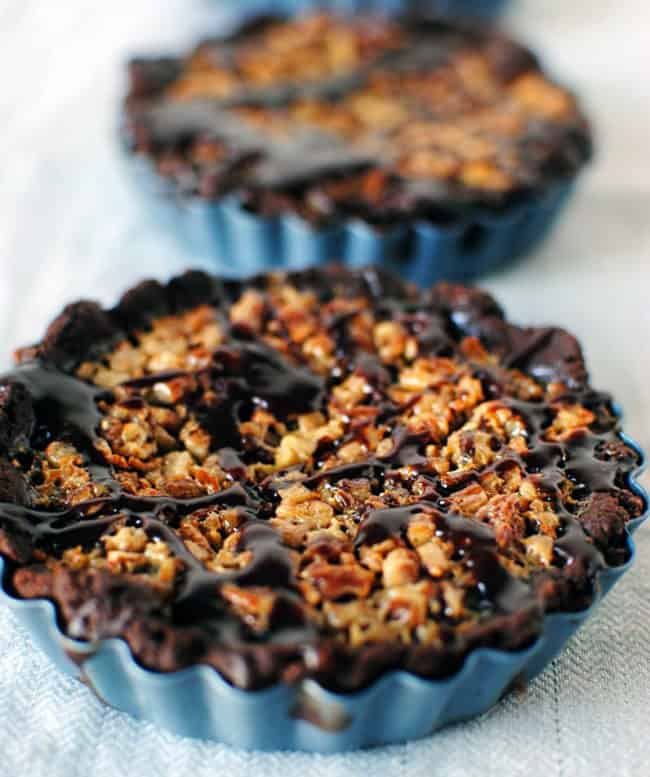