Pumpkin pie waffles are the perfect weekend breakfast. With pumpkin, cinnamon, ginger and clove, these waffles are a taste of fall!

Going into this year’s Thanksgiving, take a step back and remember – no one’s perfect! We've all had our fair share of entertaining flops, but take a tip from Julia Child and roll with it. I recently ripped out an article in Rachael Ray magazine where Guy, Spike and a few others I’d never heard of share their Thanksgiving horror stories. From dropping turkeys on the ground while almost setting the house on fire to completely forgetting to cook the thing! I knew a person who cooked the whole thing upside down, not knowing any better, and it was the best turkey they had ever eaten!

So when the bird's not done perfectly, the gravy is lumpy, and the mashed potatoes are going cold, take a sip of something to get you in the mood and wing it. People will always rave about your food, but they are really there for your company.

And if push comes to shove, serve pumpkin pie waffles to win over anyone that sticks around for the morning after. 😉 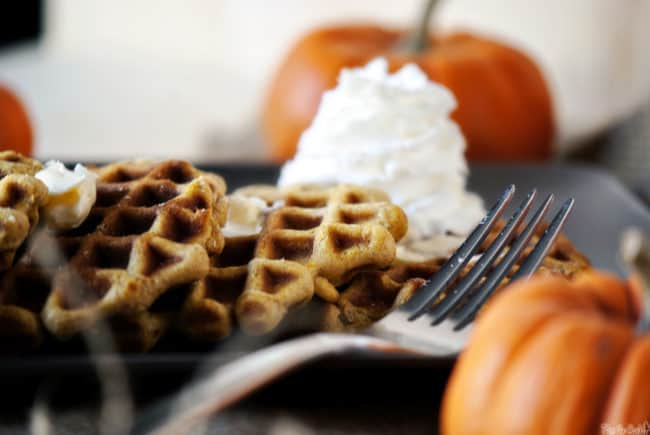 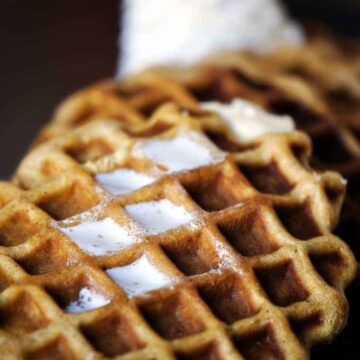 These pumpkin pie waffles batter was a little thin for my waffle iron. I ended up mixing about a ½ cup more flour in to make them hold their shape and not just run off of the hot iron. 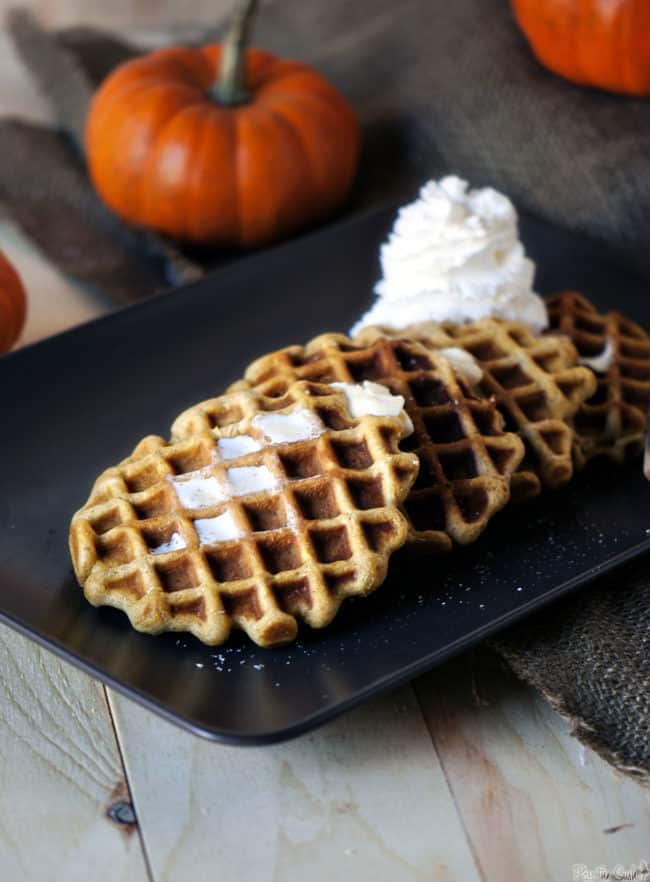