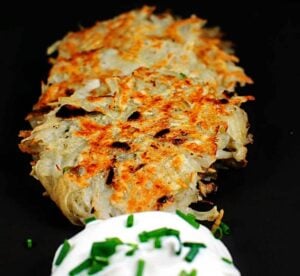 Besides, if I only stuck to my roots I would be stuck with bangers and mash, and I know that would get old quick.

These potato latkes were yummy, came together quickly and Handsome totally had the right idea about using them again for breakfast. Our 2 large potatoes made about 12 latkes, so there were plenty of leftovers.

Brush a large skillet with oil and heat over moderately high heat until hot but not smoking. Drop as many ⅛-cup measures of potato mixture into skillet or a griddle as possible to fit on a skillet leaving enough space between each one. Flatten with a spatula into ¼-inch-thick pancakes.

Cook latkes 2 to 3 minutes on each side or until golden and cooked through. Serve with sour cream and dill and/or chives. 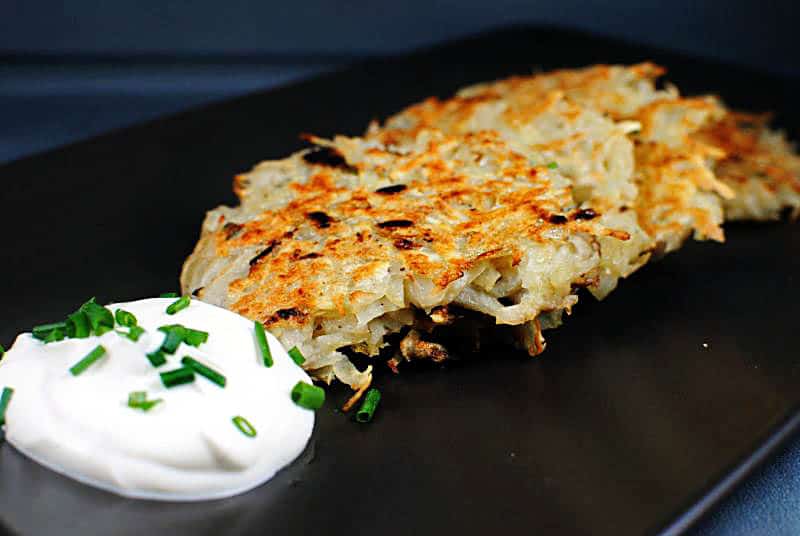 I hope everyone is having a great time either sharing their holiday traditions or getting ready for them this time of year. Our house is in a frantic drive to finish up some projects and clean before people start to come over for festivities.

Some recipes that would go well with the potato latkes: