I bet you were expecting some fancy five star places when I mentioned I wanted to start writing reviews in 2012. Sure, there is a time and place for that, but if I'm being real with you, it's not where we eat. So for my first review of 2012, I wanted to take you to a place that I visit probably more than I should admit.

About two summers ago, Handsome's parents told us we had to try a little pizza place in Port Deposit Maryland. A one road town built low into a cliff on the Chesapeake. The buildings are old and have wonderful charm, nestled in along the large rocks across from the wide river. During the day its nice to walk along the road peeking in at all the hidden nooks and crannies. While you're walking your stomach is going to be pulled in all directions, because on top of all of its charm, Port Deposit is packed with great restaurants. I have talked about Joe's Grog house once before on here in a brief 'trial review', but I'll be honest, I haven't been back. His parents were right.

Late one Friday night we decided to give it a whirl. We drove 25 minutes for pizza. D'Lorenzo's was a tiny place with only 5 or 6 tables. We ordered the 'meat lovers' pizza and promised his parents we'd save room for dessert.

Then the pizza came. 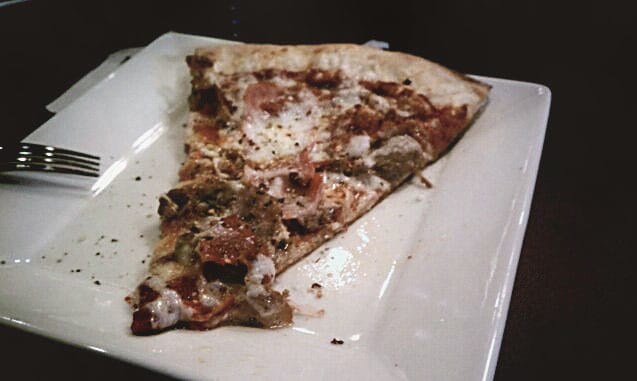 I have had pizza in many places across the US, including New York and St. Louis, and where this is not the traditional style that either city boasts, this pizza is hands down the best pizza I have ever had. The sauce was speckled with fresh flavors of oregano and basil, it wasn't soaked in too much cheese, and the meat. Quote me on this one, best meat ever. It was a candy coated explosion of all savory flavors from ham, to the pop of fennel in the sausage to the crisp texture of bacon. This my friends, is a slice of heaven. A chorus of angels came down and sang around me.

Selected for you :   Joe's Grog House

Since that first bite, two years ago, we have only had pizza elsewhere maybe twice. We used to be a pizza from the quick grab and go place once a week kinda household. Now when we get a craving, its the painfully long drive to  Port Deposit before waiting in anticipation for that mouthwatering first slice. It was so good, we have never tried anything else on the menu. So I started taking family, friends, co-workers along in an attempt to get them to order something new and be forced to share it with me. 😉 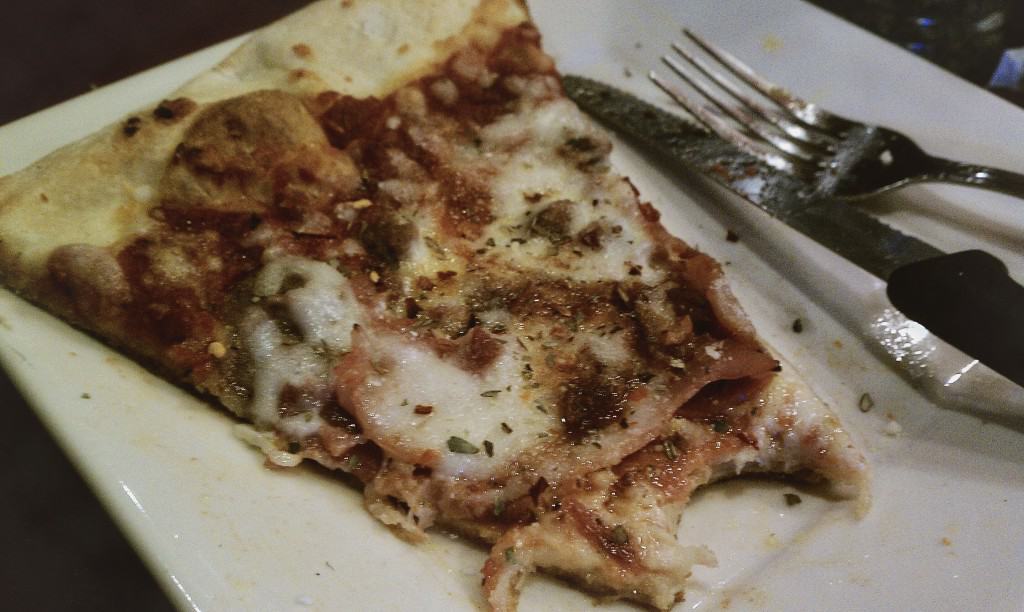 And I have to admit, his parents were right on dessert to. D'Lorenzo's makes an award worthy cannoli like no other. Warm dough, rolled in sugar and sliced with fresh cannoli cream down the center. Forget the dry hard shells of traditional cannolis and think of the warmth and flavor of a churro. There were those angels again. Shame they couldn't undo the 5 pounds I inevitably gained that night. But each one of those pounds was earned and savored.

I will exercise all week long if it means I can splurge on a dinner like this. So, the next time you are craving pizza or just want a nice drive, check out Port Deposit, and you won't miss D'Lorenzos, which is now doubled in size and has at least 20 tables and a deck with additional outdoor dining in good weather, with a scenic view of the river. If its a weekend during with nice weather, you'll most likely find us there, dirty from a bike ride, using it as an excuse for the carb load.

Selected for you :   Tiramisu and a Ledges Hotel Ski Weekend Review 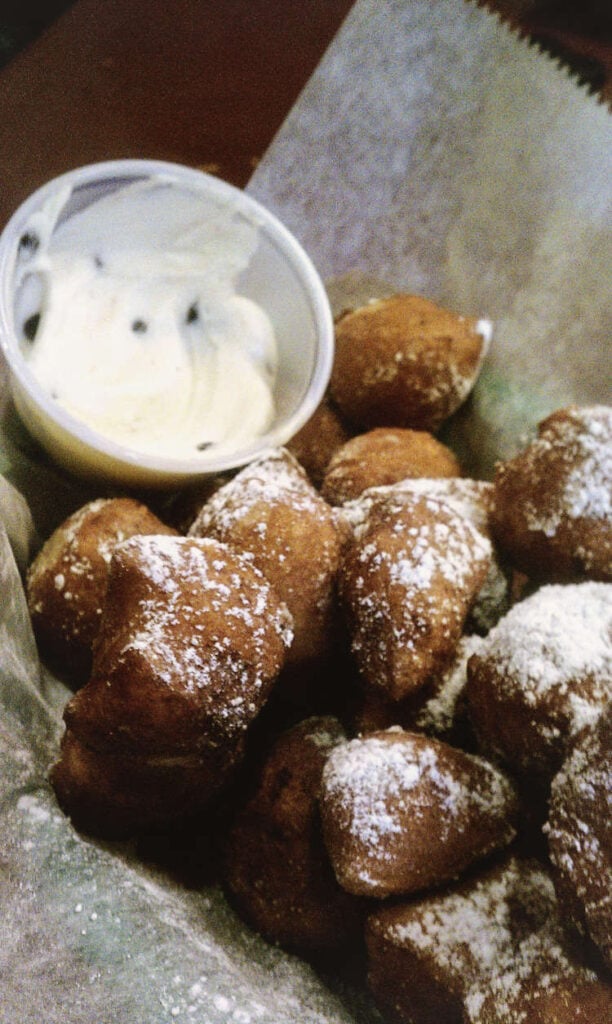 See you there soon!

Sorry about the bad picture quality. I didn't work on that whole 'bringing my camera out in public' though, and will next time. I promise.