We we're in desperate need for a long overdue hearty breakfast after a two day stint in  field on mountain bikes and a Ibuprofen induced coma from the night before. We hopped (more like hobbled) up and headed into the town of North East Maryland, wanting a some place quiet where we could sit outside, enjoy the sun, and not feel rushed. Paradise Grille is at the end of the main street-esq strip that runs through the center of town with several mom and pop shops along with some local tourist attractions. It's tucked far enough back that it never seems to be too crowded, but still welcoming. It's the perfect spot for a Sunday brunch as it is only open from 8 to 2 (which for us was a close call on this very lazy Sunday). The rest of the week it's open for normal dinner service until 9PM or later.

A fresh omelet, customized with ham, peppers, onions, and cheddar was calling my name. Along with a griddle toasted biscuit and some hash browns, we we're talking serious fuel. The eggs were fluffy and good with large chunks of fresh diced peppers and onions. The only down side was the ham was sliced deli ham, and not chunks of meaty awesomeness. 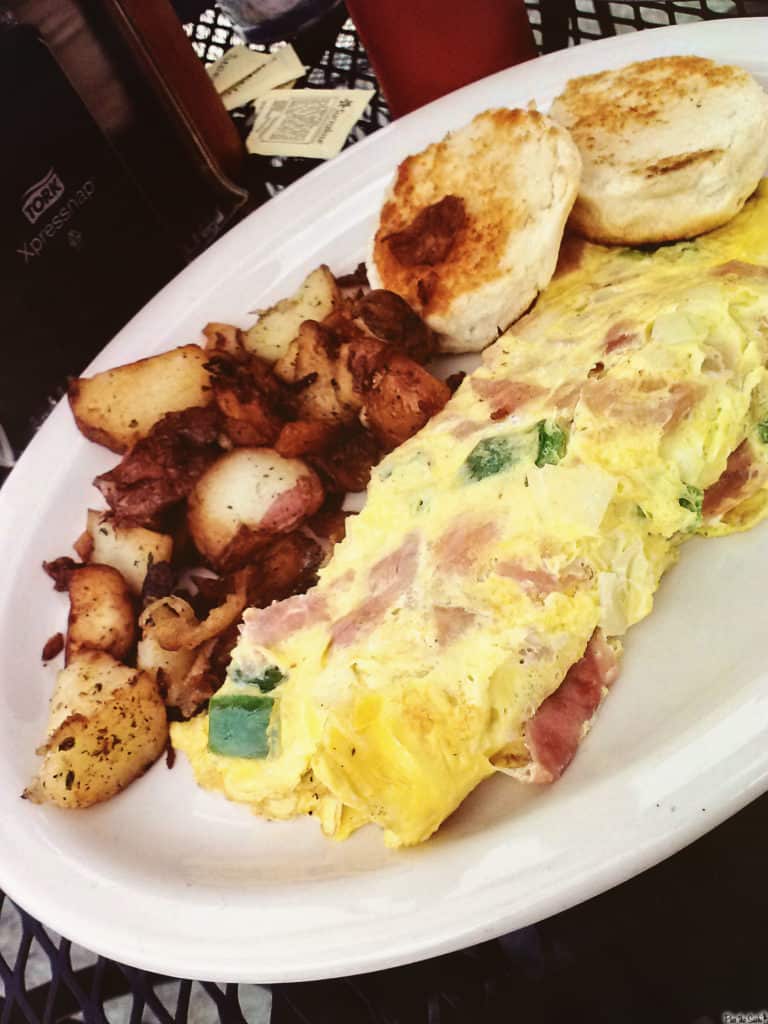 As always, the tall stack of pancakes won over Handsome when it came down to the battle between pancakes or French toast. The pancakes were a good size and came with three slices of pork candy (bacon) and eggs. (I was too tired to pay attention and am not sure if this is how it is normally served of if he added the eggs). The portions were great, the pancakes fluffy, and we left fat and happy.

Selected for you :   America's Corn Country, a tour through the fields of Iowa

I was a minor fuddydud and didn't order anything cocktail wise to spice up the morning. I'm sure if I had, it would have ended with me face first in my platter of eggs.

They don't seem to have an active facebook page (last update was in 2012) or a website, but if you are looking for something a little less 'tourist' then Woodies while walking through North East, Paradise Grille is a good stop.