Breakfast is not my thing. Waking up and eating a pile of sugary sweet buttered pancakes or waffles. No thank you. But after a 20 mile bike ride, I can be talked into all sorts of things. Especially when my stomach is growling and I'm about to eat everything that isn't bolted down in the kitchen. Plus, as cheep as eggs are, there's something nice and relaxing about going out for breakfast on a weekend day. Stretches things out and makes the day seem to last a little longer.

We picked Home Grown Cafe on Main Street in Newark for this weeks review because a) it was really close to places we both had to be afterwards and b) the brunch menu looked awesome. I saw a write up in Spark, a local 'what's happening' paper about some local brunch spots and the omelets Home Grown was boasting had me. The boy can eat all the pancakes he wants, give me meat and protein for breakfast!

Home Grown has been in Newark for longer than I have been able to buy my own beer, and offers a wide variety of meals for all sorts of appetites, vegan offerings or meaty entrees can be sampled and local owners make this food blogger very happy, but I had written it off for a few years after a meal or two just didn't live up to my expectations and the cost. At the time, I wrote it off as an overpriced hipster bar trying too hard. Lucky for me a friend suggested we meet up there one night for dinner a few months back and my mind was completely changed (that or I'm just an overpriced hipster these days). The menu had changed a bit, but the food and staff were much better than I had previously recalled and my overall opinion of the place went up several notches. We have been back several times since then and I am really sold on the place now, so brunch it was. 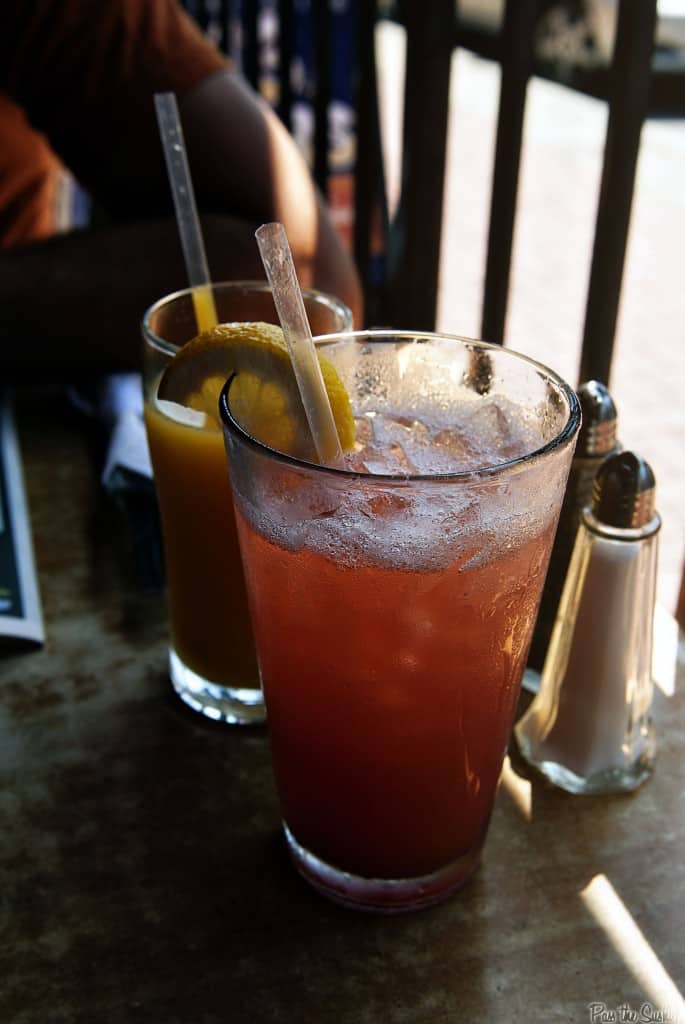 I started with the Strawberry Lemonade (citrus vodka, lemonade, and pureed fruit), a risky move seeing as I was on an empty stomach and the metabolism was in over drive. It was sweet and perfect and given a few more unchaperoned sips, I could have drank just that all day... But (in one of my smarter moves on low blood sugar and vodka) I ordered the Chesapeake Omelet, packed with crab, onions, peppers, cream cheese, and dusted with old bay. Handsome ordered the Shortstack, three pancakes with maple syrup and hash browns.

My omelet was huge and over flowing with filling. I'm not a fan of wasted carbs, but the hash browns were pretty spot on as well. Perfectly crunchy and salted. Totally worth the ride in the morning to be able to eat that.  Handsome mentioned that the pancakes were more the style that he was used to (thinner  instead of thick and more cake like) and he ate them all without a word. 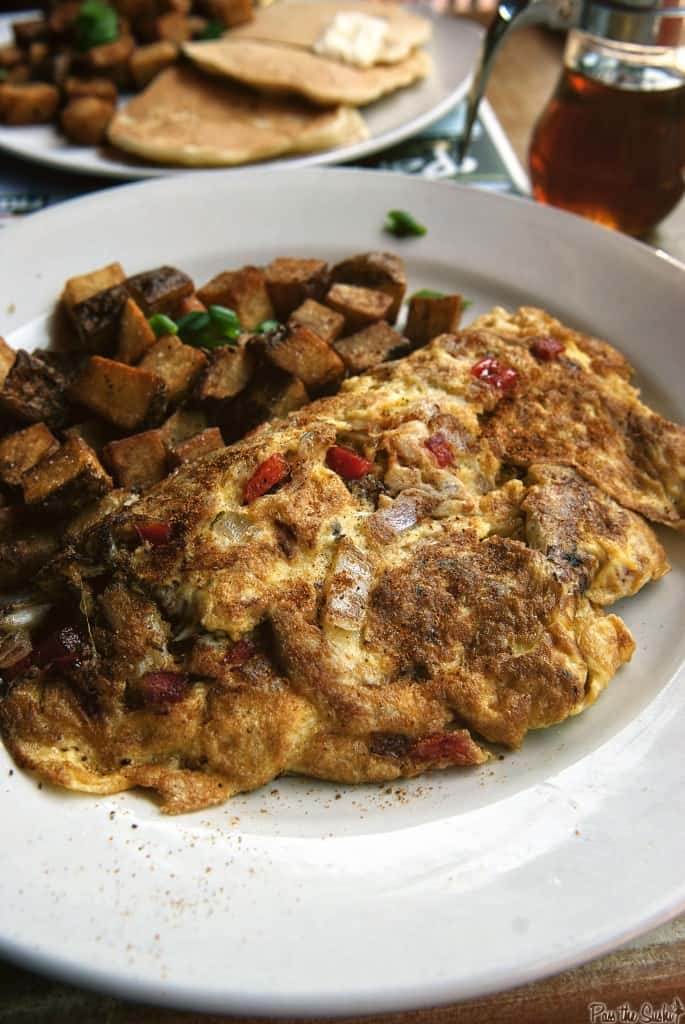 No one was rushing us and the out door seating was nice now that Main Street is a little less crowded on summer break from UD students. I would easily make the trip up next weekend to try the other omelets on the menu and start the day off right. Some times it's nice to go a little slower.

Home Grown Cafe was not aware that I was writing this review but our server was great and someone (I'm guessing a manager - or a really curious stranger) was walking about asking people how their food was. This is in no way a paid or sponsored post, just another local shout out from a long time townie.