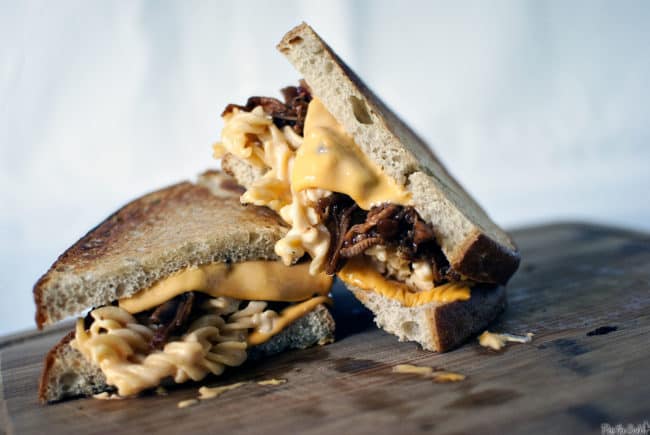 #Manfoodweek and the last of my Father's Day menu for the week is one of those go big or go home type of meals. It can be summed up in two words "fat kid-tacular" as stated and copyrighted by my boyfriend who when asked to help choose the pictures stated, "It doesn't matter. They are all amazing." For those of you who don't know him, that says a lot - because he never ever tells me when he likes or dislikes a meal. Ever.

Sometimes my mind wanders, especially when there is leftover mac and cheese in the fridge. My inner fat kid whispers inside of me the guilt ridden things I could do with all that leftover ooey gooey gluttony. It's moments like these when I sneak quietly into the kitchen and unleash some magic.

I put dinner on the table without saying a word, knowing that this grilled mac and cheese with pulled pork would be met with wide eyes of shock and horror.

No one in their right mind would want to eat carb on cheese covered carb with some bbq pork shoved in the middle. Because I admit, I had to be out of my own mind to create such a thing. And yet, dinner disappeared in silence and leftovers were consumed within the next few days.

With the promise that only lettuce and broth were on the menu for the rest of the week. 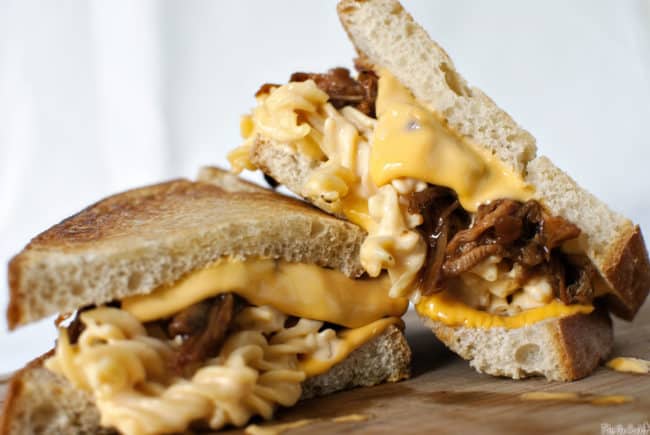 "The Manwich" - Grilled Mac and Cheese with Pulled Pork

Put 6 tbs butter and the mayo in the bowl of a stand mixer; beat with the paddle attachment until combined, scraping down the sides of the bowl as needed. Set aside.

Meanwhile, melt the remaining 2 tbs butter in a skillet over medium high heat. Add the onions and cook, stirring, until caramelized, about 20 minutes. Season with salt and pepper.

Combine the barbecue sauce and pulled pork in a saucepan over low heat and cook until warmed through, about 5 minutes.

Heat a large skillet or griddle over medium-low heat. Working in batches, cook the sandwich until the cheese melts and the bread is golden, about 5 minutes per side. 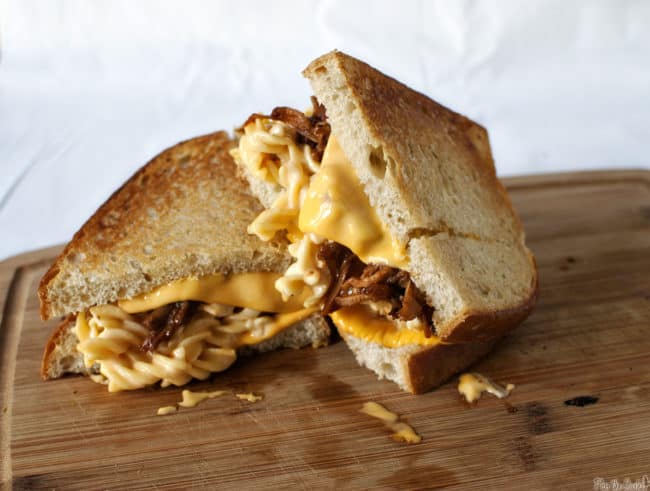 I added bacon. My thought was that this was already so bad for me that bacon really wouldn't add any more build up to my arteries than what I was already getting myself into. 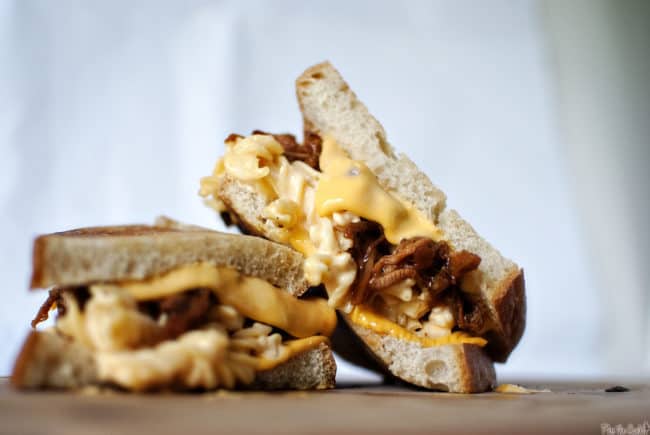 Yeah, this grilled mac and cheese makes Paula Deen and all her sticks of butter looks like a choir of angels.