Fluffy homemade cinnamon bread is something that a weekend brunch is made for. The yeast risen dough is filled with swirls of cinnamon. It begs to be toasted and slathered with butter!

Bread recipes, like this fluffy homemade cinnamon bread, are my favorite to work with. Not because I eat a lot of bread, but because when I roll up my sleeves and get my hands dirty, I learn.

Baking bread teaches patience. Waiting all day for yeast to rise, to finally see that golden brown treasure pulled from the oven. It teaches us humility, especially on the days when it just doesn’t work, like when the bread doesn’t rise, or it deflates at the last second.

It teaches us to keep practicing when that pizza dough doesn’t taste exactly like your grandmother’s classic recipe. But most of all bread teaches to be proud of our work. After working all day, kneading and waiting, for the finish product to fill the house with that warm and comforting smell, you can only look at the crumbs left behind and be proud of what you have accomplished.

This fluffy homemade cinnamon bread recipe comes from a friend of mine, whose website I adore.

My friend hit a bit of a rough spot, and it’s recipes like this cinnamon bread that I would make for someone when they need to know that others care for them. These are the type of recipes that I love to find on sites like hers, because they can help me to show her how important she is. 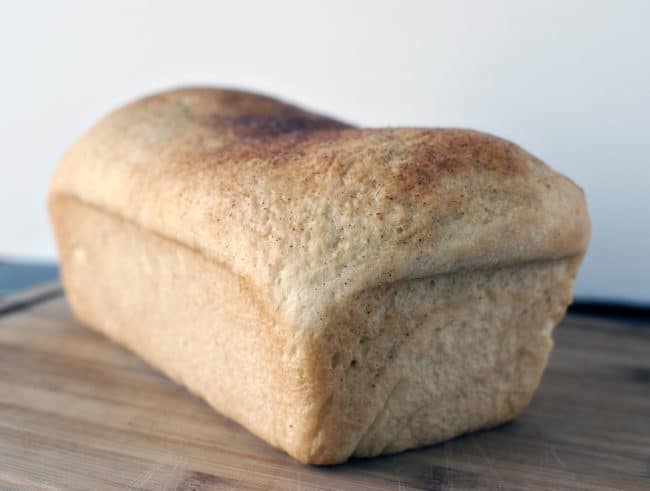 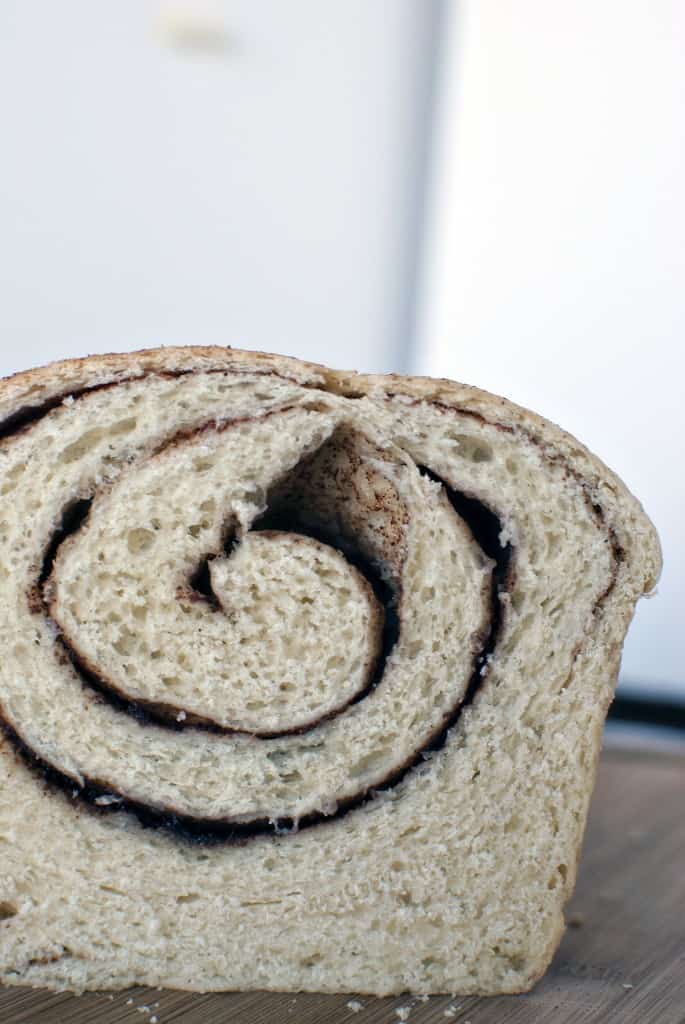 Preparation:
In the bowl of a mixer, combine yeast and sugar.

In a saucepan, heat milk, water, butter and salt over low heat just until butter melts and temperature is between 120 and 130 F. Slowly pour liquid into yeast and sugar. Stir and allow to rest for 30 seconds, allowing the yeast to wake up.

With the mixer on low and begin adding flour 1/2 cup at a time.

Midway through the addition of the flour, stop the mixer, scrape down bowl and add an egg. Incorporate egg thoroughly before adding more flour. Add the second egg  and incorporate well. Finish adding the flour and continue beating dough until soft and elastic, about 3-4 minutes in the mixer. Raise speed to medium-low, and continue to mix until the dough is completely smooth and pulls away from the sides of the bowl, about 3-4 minutes more. The dough should be a little bit sticky. Handle dough with oiled hands to pull from the hook. Knead and stretch dough on a floured board for about 6-8 minutes.

Form dough into a ball by rolling under, tucking and pinching. Place dough ball into an oiled bowl, pinched side down. Cover, first with plastic wrap, then with a towel. Allow to rise until doubled in size (approximately 1-2 hours).

Selected for you :   Banana Chocolate Granola

When stretched and formed to the desired size, rub dough with some room temperature butter. Sprinkle generously with cinnamon sugar mixture. Starting at the end closest to you, roll together tightly. Tuck and stretch the dough into a spiral loaf. Tuck and pinch the ends to seal.

Place into buttered loaf pans, seam side down. Spread some more room temperature butter on the top of loaves. Cover with plastic wrap and allow to raise for about another 45 minutes.
Brush the top of the loaf with butter and sprinkle with a little more cinnamon sugar. Bake on the middle or lower oven rack in a preheated 325(F) oven for 25-30 minutes and golden brown on top. 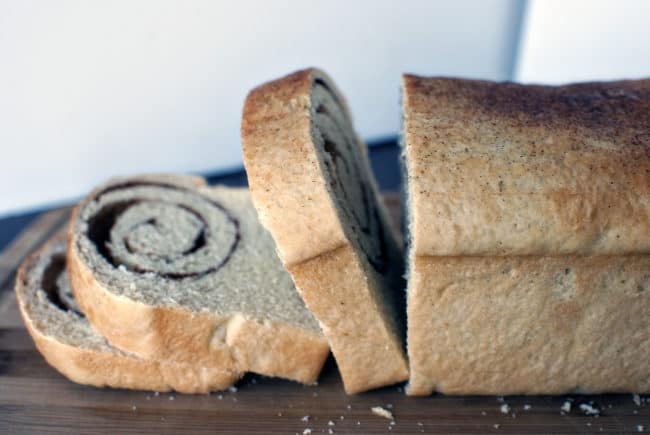 If you have any left over the next morning, this fluffy homemade cinnamon bread creates a killer French Toast! 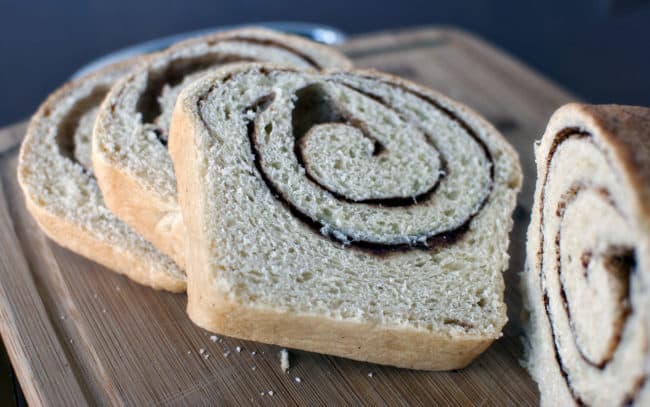 I see you like bread too...I've been looking for a cinnamon bread without raisins. Thanks for the foodbuzz add.

Awww...Kita...you made my day with your sweet words. You're a sweetheart. Your bread turned out gorgeous! My husband just reminded me I haven't made it in a while. Have a wonderful weekend. Love you! xx

That is one good-looking loaf of bread. Like some of the other posters I immediately though French Toast.

Beautiful loaf. Cinnamon bread is one of my favorites to turn into french toast.