Pan-fried falafel is a meatless, healthy appetizer or snack made from chickpeas (garbanzo beans). They're seasoned up, rolled in breadcrumbs, and pan-fried until they're crispy and golden brown.

I work next to a natural foods co-op and I'm pretty sure 90% of the staff is scared of me (and they should be, grrr). But, let's get something straight right now, I don't hate hippies.

I actually rather enjoy the idea of buying local and healthy. What I don't like are the people bringing down the overall healthy local 'ideal'. Growing up, I thought 'hippie' meant a mellow person of the 60's or 70's with long hair and a chill attitude who was way into tie dye.

I now believe it means a person who drives an expensive car, will park like a jackass, and leave their expensive vehicle running while they purchase a cup of organic coffee. Once again, I don't hate hippies. I'm not judging an entire type of living because of a few people. I just get to see a lot of a few quite often. 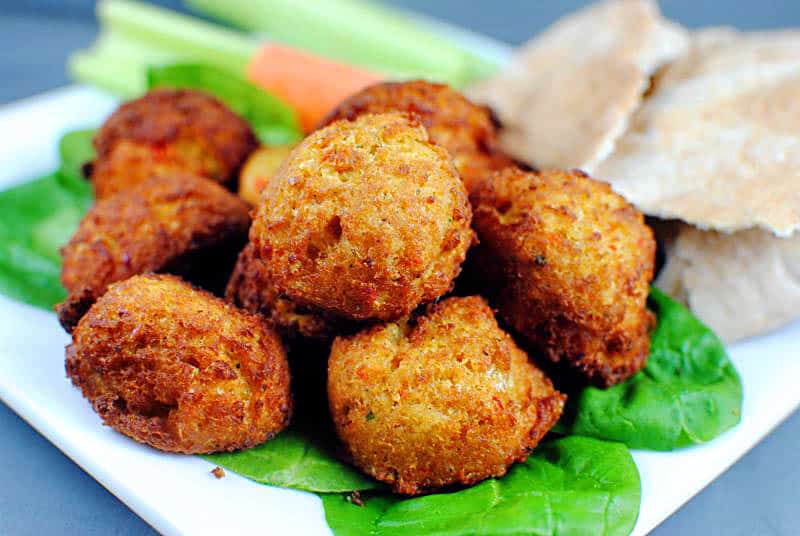 So here's my first meatless, rather natural, almost vegan, sure-I-could-make-it-gluten-free recipe, as a peace offering.

No, you can't have the Snicker's cupcakes, they are for my uncle only.

from Fake Ginger (as adapted from All Recipes)

In the bowl of your food processor, add chickpeas, onions, parsley, and garlic (I have a very tiny processor and just did this in 3 batches). Process until  pieces are small but haven’t turned into a paste. You want it a little chunky. Pour into a large bowl and add egg, cumin, coriander, salt, pepper, lemon juice, and baking powder. Stir together to make sure everything is evenly distributed. Add bread crumbs and combine.

In a large, heavy bottomed pan, heat about 1 inch of oil over medium high heat. When oil is ready, shape falafel into balls or patties and fry until golden brown, just a couple minutes per side. Drain on paper towel lined plate. 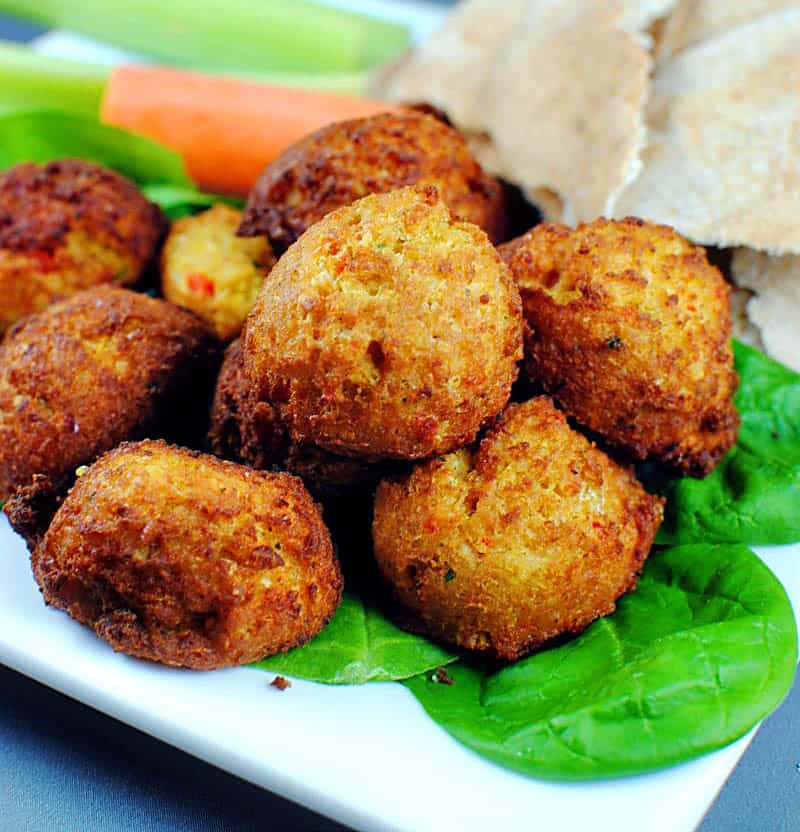 I used a small ice cream scoop to portion out the falafel into balls and drop them into the oil.

I fried one minute on each side because I like my falafel a little more on the crisp side. 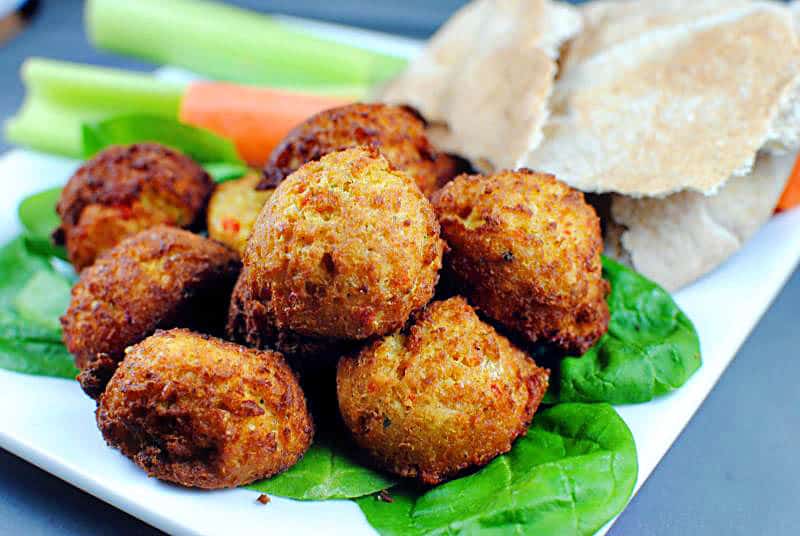 I munched on this in a pita pocket with spinach and hummus (couldn't find/wasn't making tahini sauce) while fancying myself a falafel street vendor. It was rather good. Now that I know how simple pan-fried falafel is to make, I will be making it again and tweaking the recipe some more. I really think more fresh herbs could really take this to another level.