Creamy Carrot Soup Recipe a perfect gluten free, paleo or vegetarian soup to serve this comfort food season. Plus, it's delicious so no one will judge you. 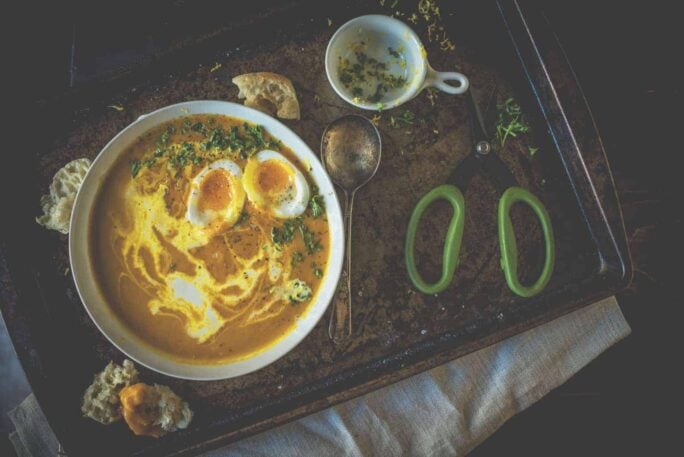 I am going to come right out and say it.

Gilmore Girls is dead to me.

( I think I just heard you gasp through the screen.)

Not that I didn't binge watch all of it in two night. (talk about ripping that band-aid off). And not that I didn't in some part of me love seeing the only cast I ever watched (unless you count Archer or Grand Tour as a cast) return to the screen. Nope, it was nice seeing everyone. All hunky dory and what not.

I had realized that she and Lorelai are both rather selfish and oblivious years ago, but still, it was a human error. We aren't all perfect and hell, most of us are rather selfish all of the time. I forgave them. They were witty, funny, quick, and the stable mother-daughter relationship I wished I'd had as a child of a single parent. (Seriously, who is that perfectly 'dysfunctional'?).

But not, Rory is just a spoiled brat.

Who acts that way at 32? Grow up princess. Popping about from one place to another from where? Her magical trust fund? To romp around with a dude that's getting married. Sure, his abs were killer, but grow a backbone.

And then just to whine and whine and whine about not being back, missing her super suit, and getting nowhere. We all acknowledged, she was actually a pretty terrible in the pre-Wookie boinking scene, but that just really put it over the top.

I understand the creators trying to show the current struggle of today's society. College degree's not being a promised career and the struggle of making it work in 2016, but really it just came off as Rory not being handed everything. Cry me a river.

So yes, I wish I could run off in a random steampunk made up fairy land with 4 richer-than-the-pope-self-absorbed-asshats, but maybe I just got old.

Maybe I grew up, and Rory didn't. 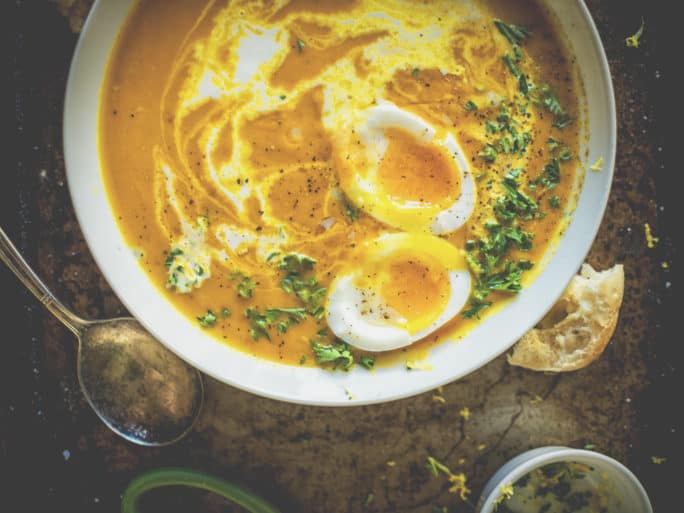 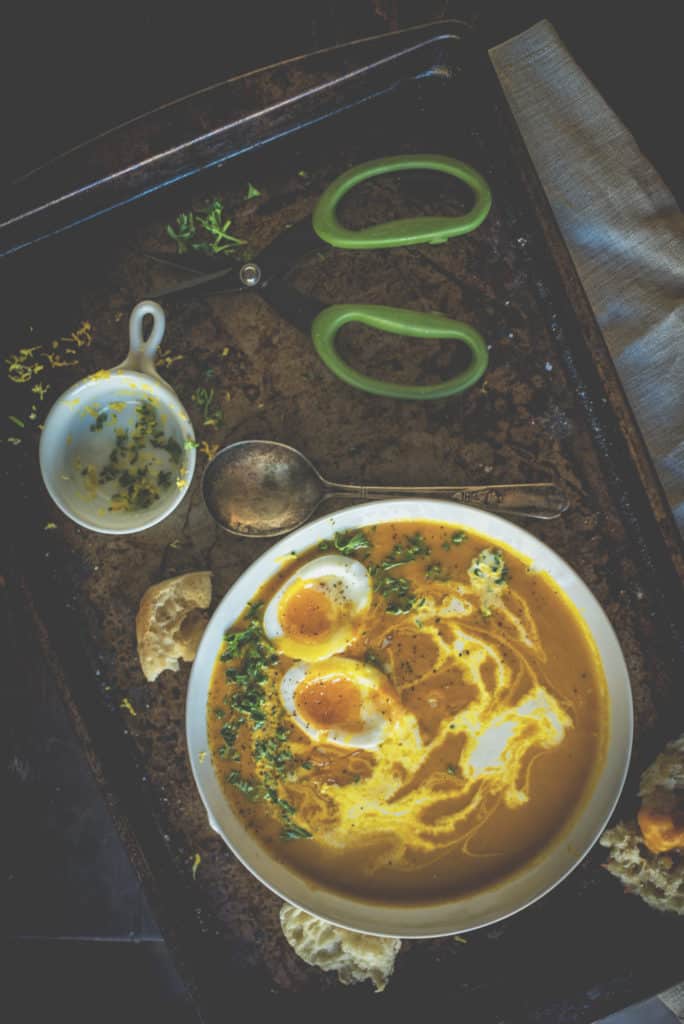 PS. Can we talk about how rather mean the '3o-something group' was? I mean, isn't the majority of Gilmore Girl fans probably in that exact demographic? I certainly took it as a personal snub.

PPS. I will always be #TeamJess 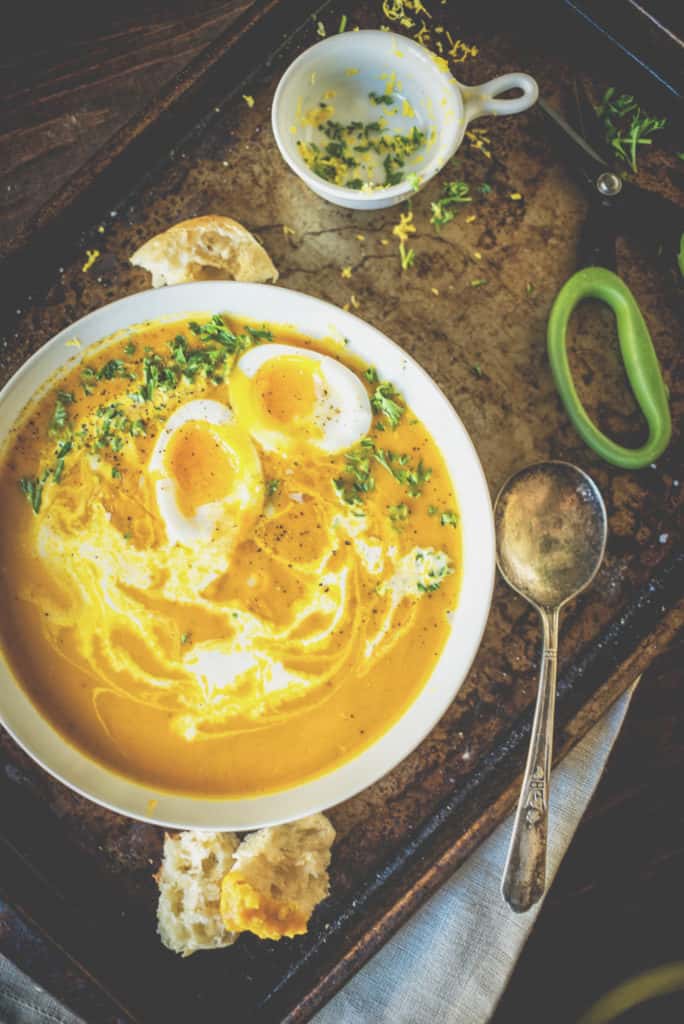 And now for a soup recipe that has absolutely nothing to do with Gilmore Girls.... but it is pretty freaking delicious, so make Creamy Carrot Soup for your next Netflix binge.

If you’ve tried this Creamy Carrot Soup recipe, or any other recipe on passthesushi.com please don’t forget to rate the recipe and let me know where you found it in the comments below. I love hearing from you! You can also follow along for more good eats and travel tips on Instagram @passthesushi & @girlcarnivore, Twitter & Facebook. 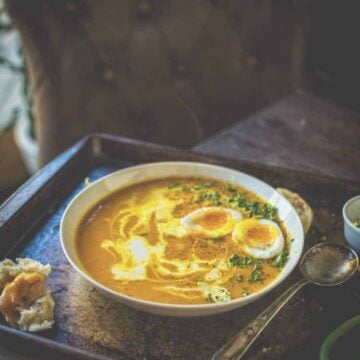 This soup is easily turned into a vegetarian or vegan soup by swapping oil for the butter and omitting the cream drizzle. Use coconut milk or a creamy cashew milk for the rich drizzle at the end.
5 from 1 vote
Print Pin Rate
Uncategorized 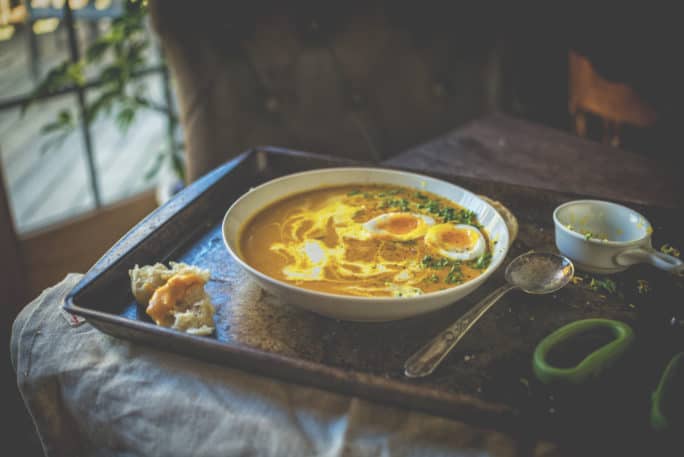