Potstickers and scallion pancakes are two fantastic appetizers to serve as part of a Chinese New Year dinner.

I hope you didn't think our Chinese New Year celebration was over when these savory little pockets of love and pancakes of tastiness were left unaddressed. I know you already saw this set of photographs yesterday, but I wanted to give you all of the recipes I used and not just the Lion's Head meatballs.

Potstickers are a must in this household. I spend all afternoon making large batches, freezing smaller batches for later use. Handsome loves them and I am always looking for new ways to change them up. His mother's will always hold a place in his stomach, but I know better than to try to one up those, so variations it is.

Be warned: Before you dive into either of these appetizers, know that these are not 'quick fixes.' You will be in the kitchen for a while, so wear your comfortable shoes and put on some music. It will also help to have a sous chef ready to give you on hand. It is much easier to have one person handling the filling and another set of hands for pinching the potstickers shut.

So, roll up your sleeves and let's make potstickers and scallion pancakes! 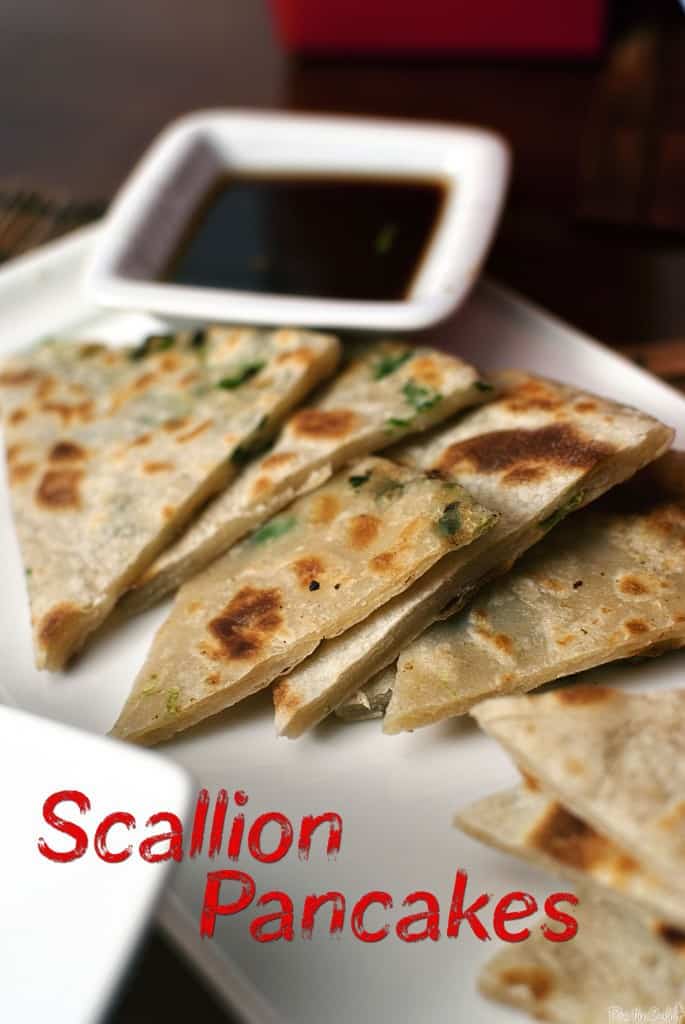 Discovered on From Away, Adapted from a recipe by Serious Eats

Place the flour in a food processor and using the opening, slowly poor the water in with the processor on until a sticky dough comes together. Place the dough on a clean work surface and form into a ball. Cover the dough with a damp kitchen towel (not a fluffy towel, no need for fuzz in the dough), let rest for 30 minutes.

After 30 minutes, divide the dough into 4 equal portions and roll out, one at a time, into an 8 inch disc. Dab with a few drops of sesame oil and using your fingers, brush to coat very lightly and evenly. Starting at one end of the disk, roll up the dough small and tight. Pinch the ends and twist the dough into a spiral, tucking the end underneath. 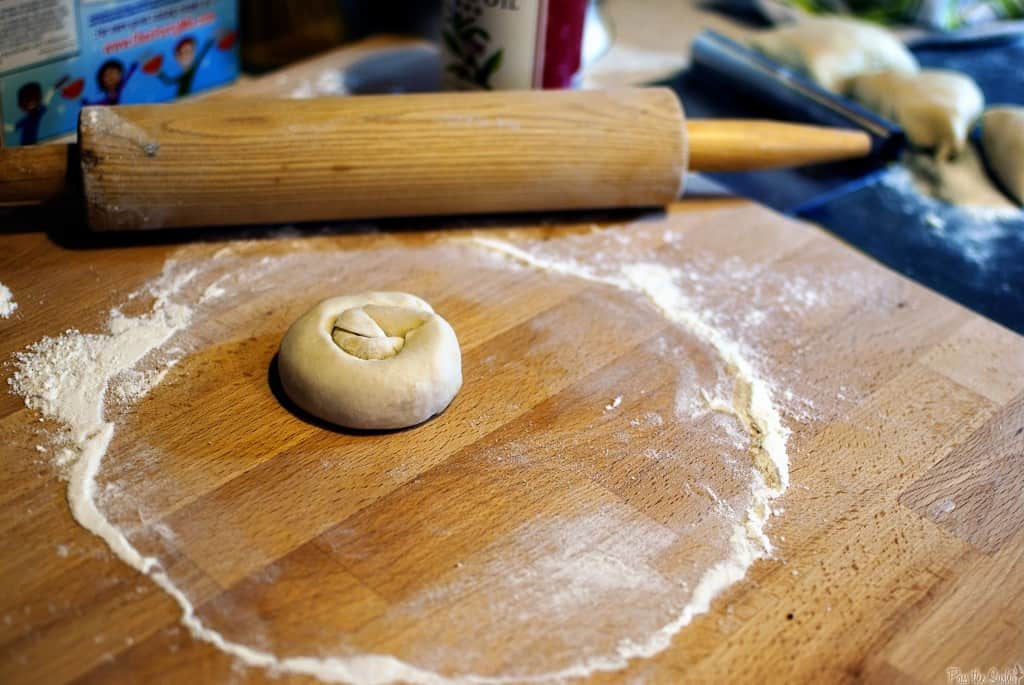 Starting with the heel of your hand, and graduating to a rolling pin, flatten into an 8 inch disk again. Dab and rub with sesame oil again, and sprinkle with scallions and roll up like previous step.

This time, roll out into a 7 inch disk. 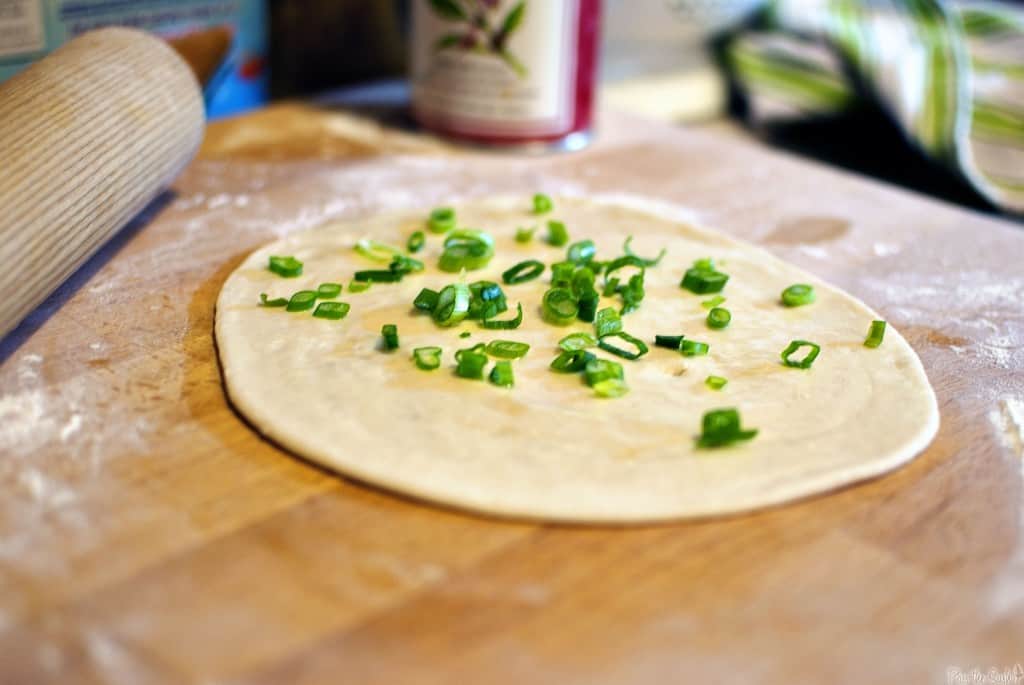 Meanwhile, heat 1 tablespoon of vegetable oil in a large skillet over medium heat. When the oil is shimmering, add one pancake to the pan, moving the pan to make sure it doesn't stick. Cook two minutes, then flip and cook two minutes longer until golden brown.

Remove from pan and place on plate lined with paper towels. Repeat cooking method with other three pancakes. Serve with dumpling dipping sauce. 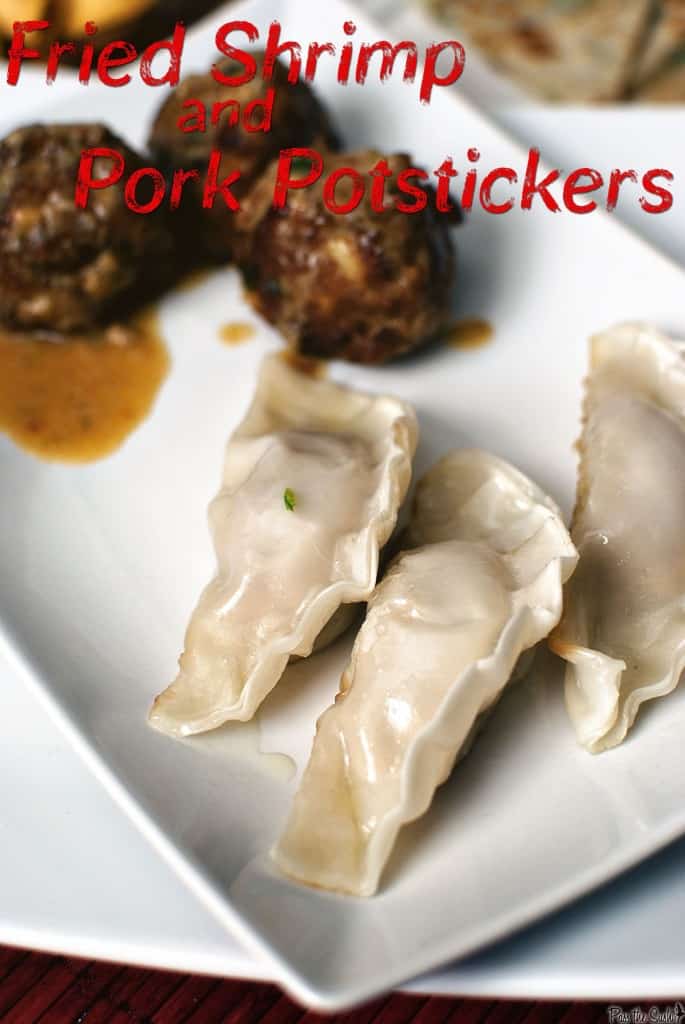 For the Dipping Sauce:

Pat the shrimp dry and place in a food processor with green onions, bamboo shoots, and cabbage. Pulse a few times until everything is chopped well. Scrape out into a bowl with the pork, soy sauce, salt, ginger, and rice wine. Mix well.

Lay out a few dumpling wrapper and place a scant teaspoon of filling into the center of each. (This is that moment when a sous chef would be very helpful). Dip a finger in the cornstarch slurry and brush along the edge of the wrapper. Pinch the wrapper shut, making sure to pinch well. Any leaking dumplings are a lost cause.

When you are down to the last few, or the few you need for your meal compared to the mountain of dumplings you have just made, heat 1 tbs olive oil in a large skillet over medium-high heat until shimmering. Place pot stickers in the pan so that they are sitting. Brown the bottoms for 1 minute until light golden brown. Add  water and cover. Reduce the heat to medium and steam for 3 minutes. Open the lid and let the remaining liquid cook off, 1 minute. (This is where I always have difficulties - it always takes me 5 minutes at least to let the rest of the water to cook off). They will brown a bit more during this minute. Test one to make sure the dumplings are cooked through and remove to plate and serve with dipping sauce 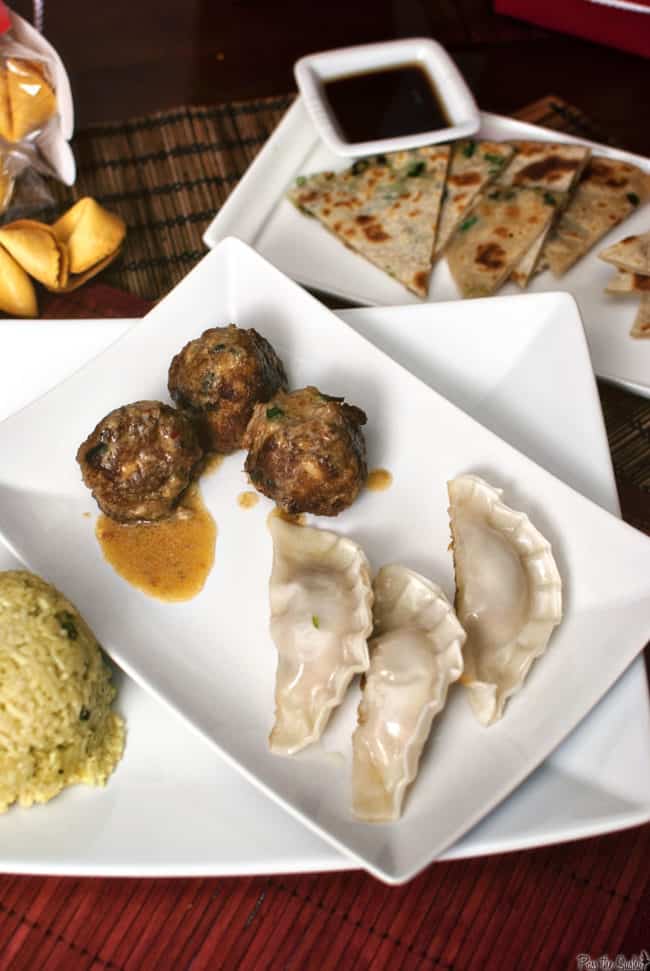