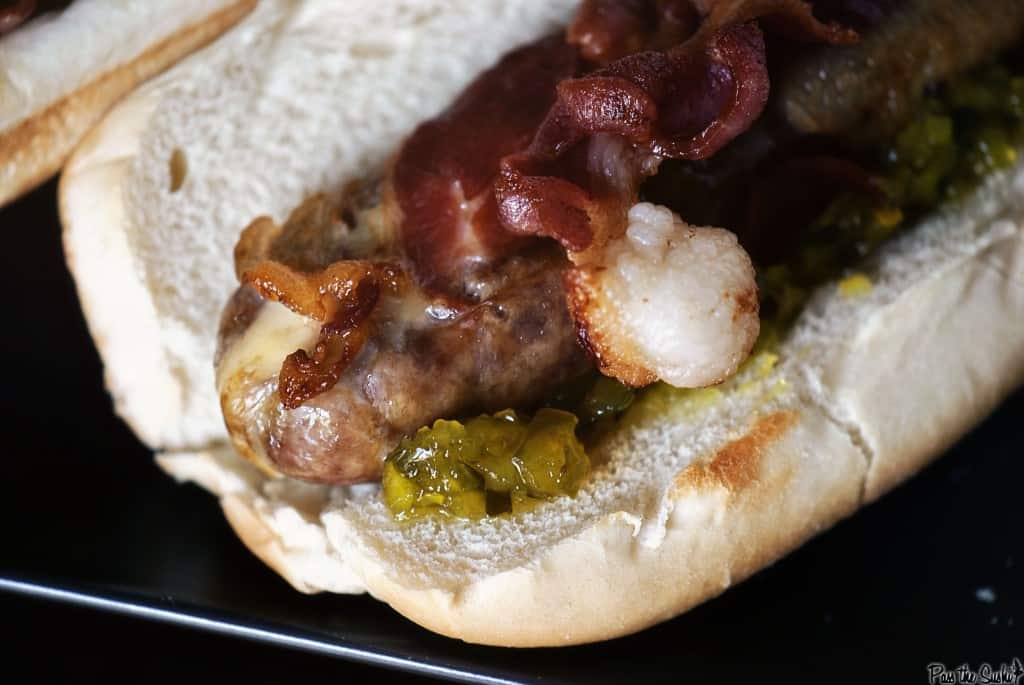 Yes, I went there. And I know you're going to hate me for it. But don't un-friend me just yet.

So, I've sat through 4 seasons. Clearly I don't hate it enough to not tune in. (I swear, my boyfriend makes me watch it) But I'm just not sold yet. I want to like characters but the script or storytelling makes it hard. All the ones I start to like always change or die or get killed and I can't get into them. I figure if the character is female, and they focus on her face for more then a second, she will be naked by the end of the episode. And maybe I'm just not down with the fairy magic. I want something either a lot more cheesy (Evil Dead) or something a lot more scary. Something about it is just too soft and romantic for me. I want my monsters mean and my main characters bad ass, and yet... here I am waiting for the next season. 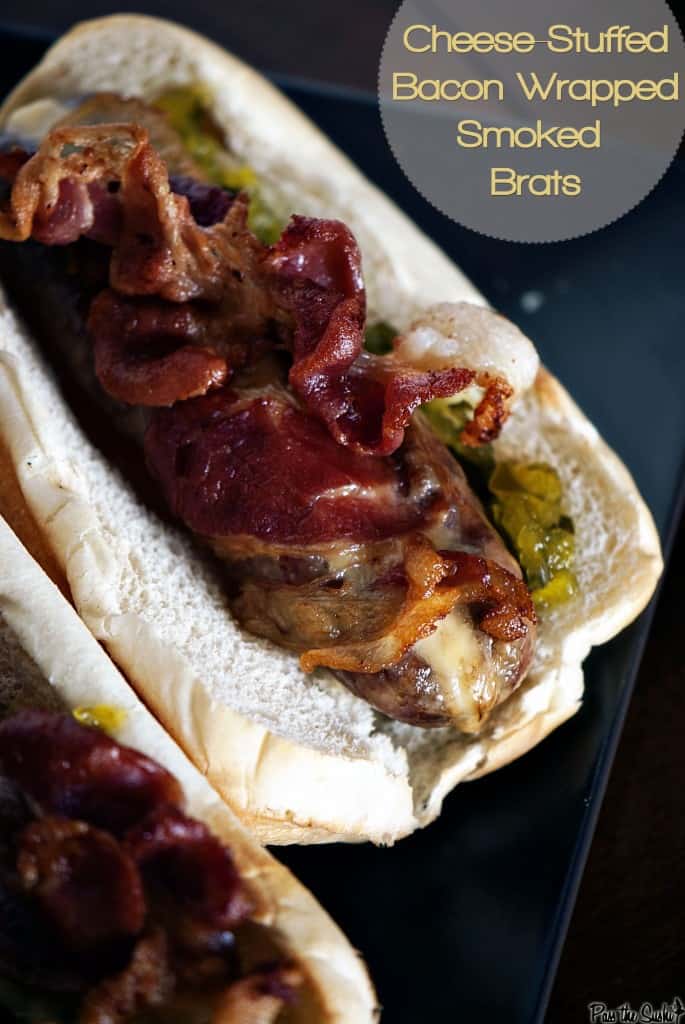 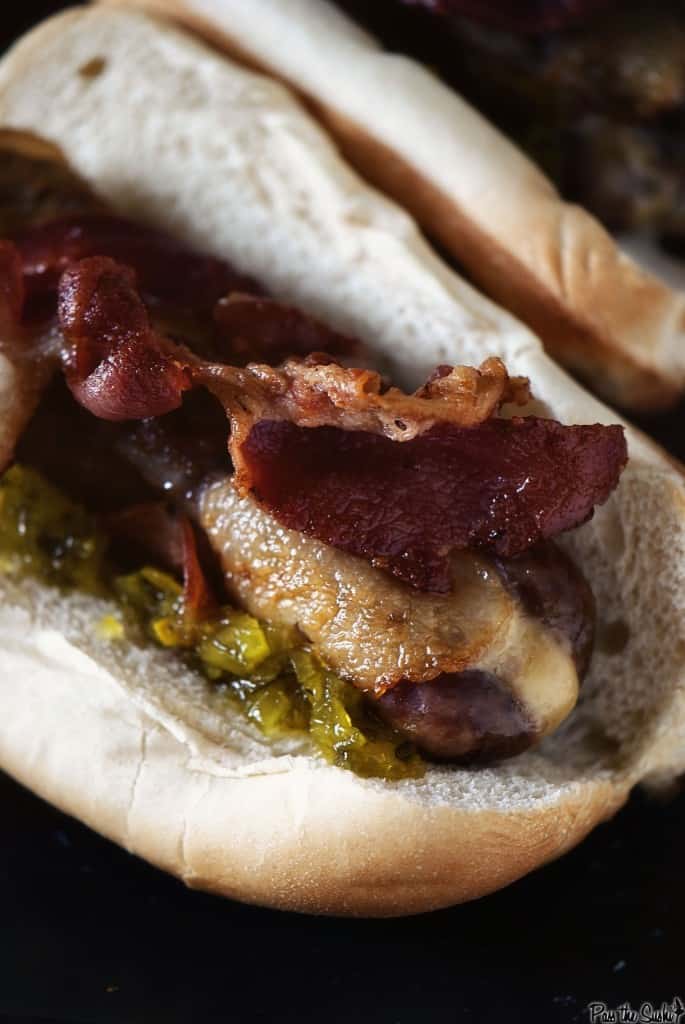 Inspired by recipes from BHG Special Interest Publications Grill It! and Smoke & Spice

Prepare smoker to 200 degrees F. Place rack in farthest slot from heat and line a drip pan with foil to catch melting cheese and fat drippings.

20 minutes before ready to smoke, remove brats from refrigerator.

Partially cook 6 slices of the bacon, set aside. Continue to cook the remaining 6 slices of bacon until crispy. Drain cooked bacon on a paper towel lined rack.

Slice the center of each brat, about ½ inch deep. Insert cheese strips into the brats. Wrap one slice of bacon around each cheese stuffed brat. Secure with wooden toothpicks.

Place brats in smoker and cook for 1 to 1 - ½ hours until brats are cooked through.

Serve brats on hearty rolls with relish or mustard. 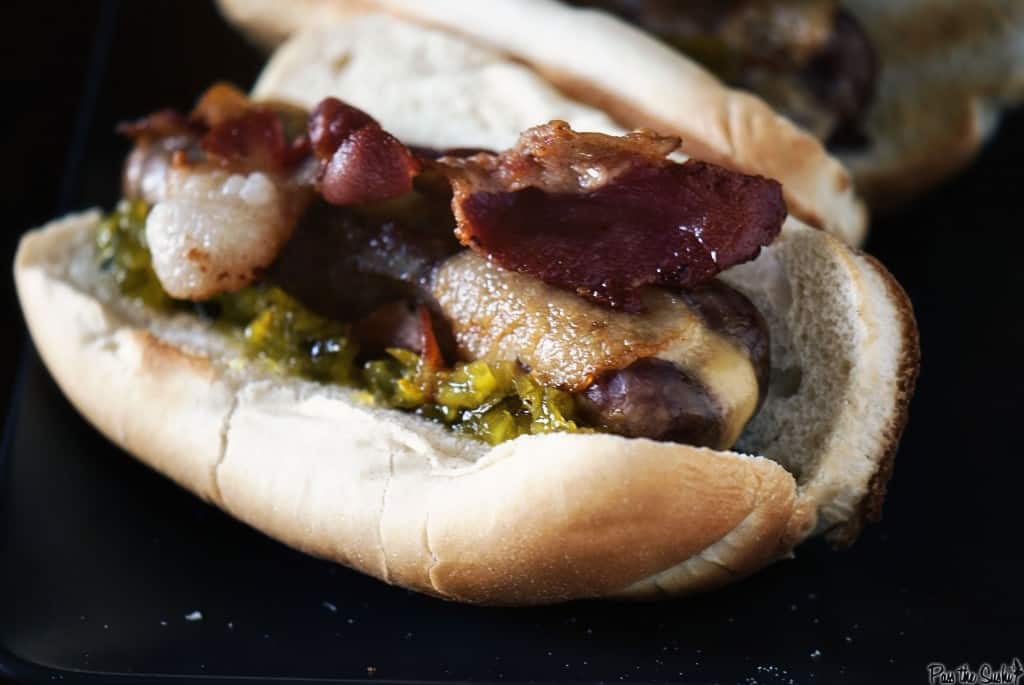