I'm not saying another year has come and gone, but this cake ain't for no one.

This tic mark represents the year I officially turn 'old' according to my boyfriend, and that I have to start revising previous years for fear of the trade them in, trade them up policy. It's ok, you should hear what I told him I'm trading him in and up for. 😉 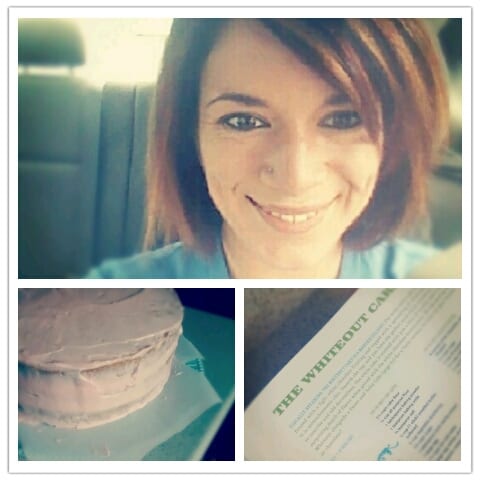 If I have to revisit the same age again and again, I'd be ok with that. This last year was a great one. It was the first time in a long time I felt solid on my feet again. Strong and able to take on new challenges. Happy, the pit of your stomach happy. And healthy. Seriously, mountain biking. You have no idea how crazy a year ago me thinks that is. That confidence that comes with time and experience is there and I like it. Oh, and dresses. I bought a ton of dresses this year - AND I wore them. Movin' on up, people!

The pets are good, the family is good, there is a roof over my head and the bills are paid. I can't really see it getting much better then that.

Another great thing about settling into your adult years and being your own person - you can have cake for breakfast. And I just did. 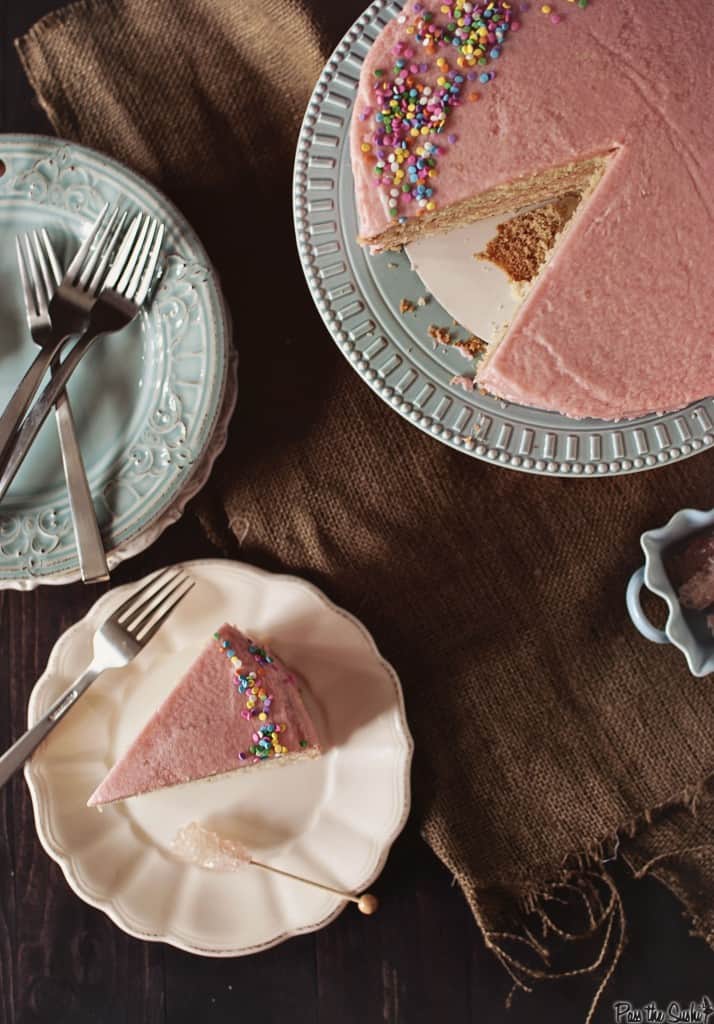 For the White Chocolate Frosting:

Preheat the oven to 325 degrees F. Butter three 8" round cake pans. Line pans with parchment paper and butter again. Dust with flour and knock out any excess.

In a medium bowl, whisk together flours, baking powder, baking soda, and salt together. Set aside.

In the bowl of an electric mixer fitted with the paddle attachment, beat the butter and shortening on medium speed until creamy, about 4 minutes. Add the sugar and vanilla and mix until combined. Scrape down the bowl and add the egg, beat until just combined. Turn the mixer to low and add the flour mixture, alternating with the ice water, in three separate additions, beginning and ending with the flour. Scrape the bowl with a rubber spatula and mix a few moments longer.

In a medium bowl, whisk the egg whites and cream of tartar until soft peaks form. Spoon the egg whites into the batter and gently fold until incorporated.

Divide the batter among the prepared pans and smooth the tops. Bale for 40 to 45 minutes, rotating once halfway through, until a toothpick inserted in the center of each cake comes out clean. Transfer the cakes to a wire rack and let cool for 20 minutes. Invert the cakes onto a wire rack, remove the pans, and let cool completely. Remove the parchment.

Using a double boiler, melt the white chocolate and set aside to cool.

In a medium heavy-bottomed saucepan, whisk the sugar and flour together. Add the milk and cream and cook over meadium heat, whisking occasionally, until the mixture comes to a boil and has thickened, about 20 minutes. (Watch those last 5 minutes - you don't want to mess it up here).

Transfer the mixture to the bowl of an electric stand mixer fitted with the paddle attachment. Cover mixer with a clean dish towel, and beat on high speed until cool.  Reduce speed to low, remove towel, and add the butter; mix until thoroughly incorporated. Increase the speed to medium high and beat until the frosting is light and fluffy.

Add the vanilla and white chocolate and continue mixing until combined. (If adding food coloring, now's the time). If the frosting is too soft, put the bowl in the refrigerator to chill slightly, then beat again until it is the proper consistency. If the frosting is too firm, set the bowl over a pot of simmering water and beat with a wooden spoon until proper consistency.

Refrigerate the frosting for a few minutes, but no more, until it can hold its shape. PLace one cake layer on a serving platter. Trim to create a flat surface and evenly spread about 1 ¼ cup frosting on top. Add the next layer, trim, and frost it. Then add the third layet. Crumb coat the cake and put in refrigerator for about 15 minutes to firm up. Frost the sides and top with the remaining frosting. Garnish with white sprinkles or white nonpareils. Refrigerate for 15 minutes to firm up the finished cake. 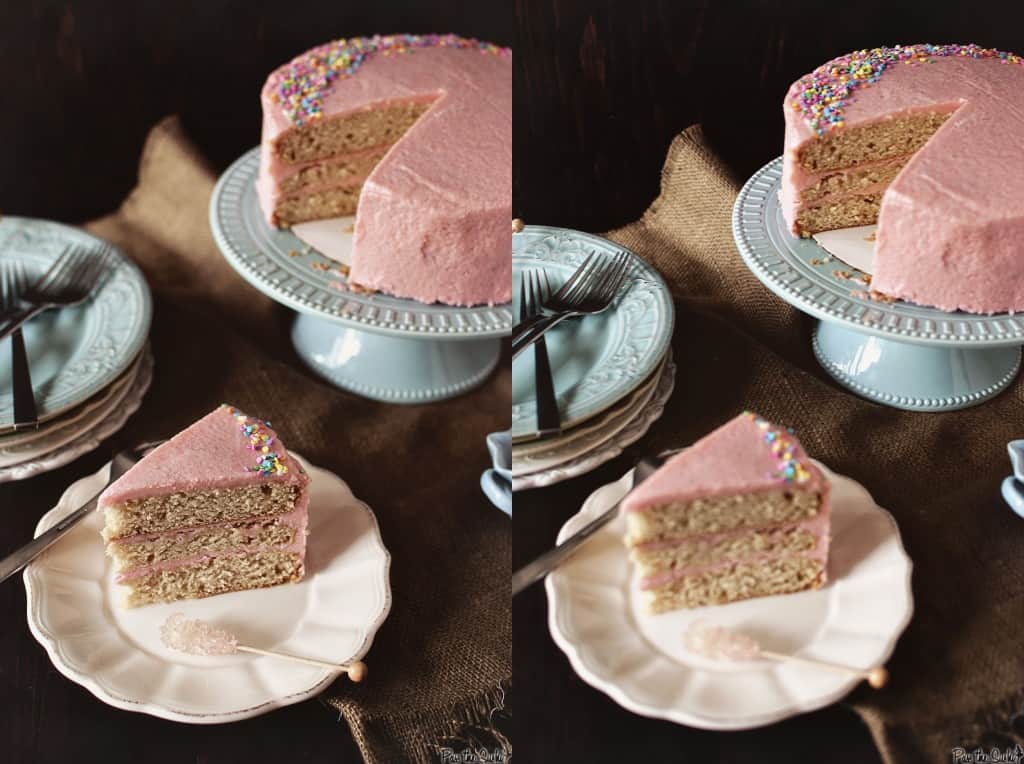 (Can you find the 7 differences?)