Apple cider and maple cream tart. It's the dessert that sounds like Fall has arrived and tastes like it, too. It's made with fresh apple cider and real maple sugar. Grab your fork! 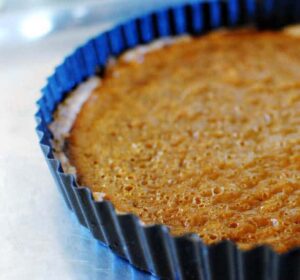 I am going to say something right now few people would openly admit.

I am from Delaware.

No longer a state unknown by many in the good old U S of A, even though it was the first, now the state known across the globe for yet another crazy women running for a political position.

I'm young and admittedly idealistic (meaning I'd like to assume anyone who wants to can become anything they want), but when did politics become such a joke? When your ad campaign starts with, "I am not a witch", you shouldn't even be acknowledged for any political position where the under-educated, over opinionated decisions you make affect the lives of good hardworking people. When did political races become less about who is more slimy and more like "who ever says the most ridiculous thing" get the media attention.

That being said, go out and rock the vote!

Now, back to this apple cider and maple cream tart recipe. Deee-licious. 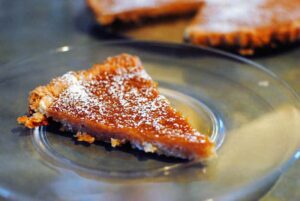 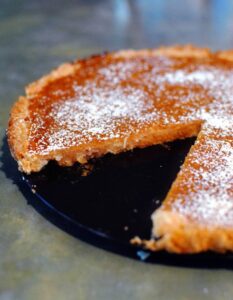 Blend flour, powdered sugar and course salt in processor for 5 seconds. Add butter and blend until dough comes out together in moist clumps. Gather dough into a ball. Press dough evenly into the bottom and up the sides of a 9-inch-diameter tart pan with removable bottom. Cover and chill for at least one hour and up to 2 days.

Preheat oven to 375F. Bake chilled crust uncovered 10 minutes. Using back of fork, press bottom of crust to flatten (be careful not to pierce the crust). Continue to bake until crust is deep golden brown, pressing again if bottom of crust puffs, 16 to 18 minutes longer. Cool completely.

Bring apple cider to a rolling boil in a large pot over medium heat. Boil until bubbling thickly an reduced to a generous ¾ cup, stirring occasionally, 40 to 45 minutes. Transfer to a small bowl and cool. (This can be made 2 days ahead.) Cover and chill.

Place tart pan with crust on baking sheet; set on rack in oven. Pour in filling. Bake tart until filling is puffed and cracked around edges and gently set in center, about 33 minutes. Transfer tart to rack and cool to room temperature, 1 to 2 hours.

Push up bottom, releasing tart. Cut tart into wedges and serve with Maple-Cranberry compote and whipped cream, if desired.

Hate to say it people, but I searched high and low for maple extract only to find it sitting on the shelves of the big box store we love to hate. I am actually rather impressed with the baking aisle there as I watch the amount of organic and other more natural options taking up more and more shelf space. Who doesn't love getting a bargain while cooking better?

What we did differently:

This apple cider and maple cream tart was made in the kitchen of a friend. He added a little water to the dough to help it form into a ball. We didn't have maple sugar so we substituted brown sugar instead. We ate it without a compote or whipped cream (just a little powdered sugar) and it was delicious. 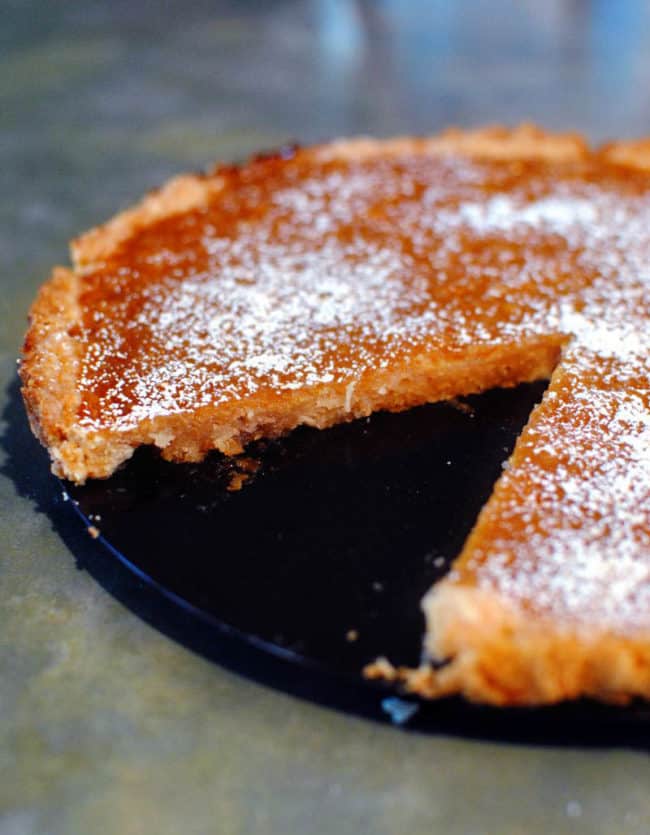