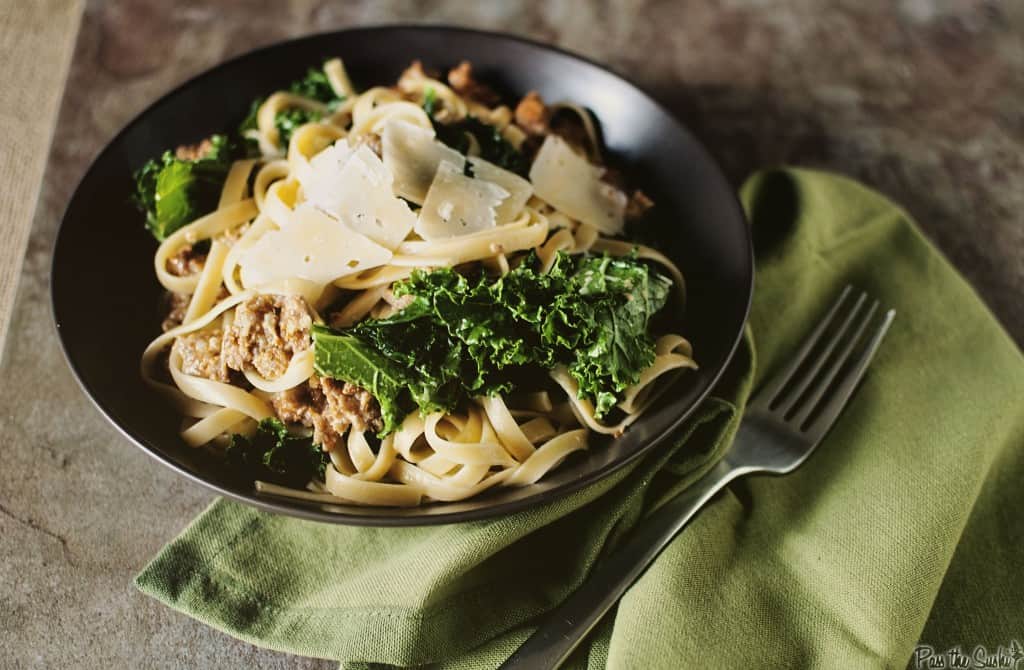 Early sunsets are not good for a darned thing. With the sun setting at like noon, I've been acting like an old woman. Just feed me, give me my pills, and put me to bed to the tune of Jeopardy. Ok, maybe not that bad, but it certainly feels like it. I never knew I was a summer person until this year. I don't want to cook as much, go out as much, certainly can't take as many pictures, or drive after dark. (See, little. old. lady.)

The one thing cold dark nights are good for? Carbohydrates. Tons and tons of carbs. Just slather some butter on them and call it a day. So while I enjoy my cold weather low light carb binge, feel free to defend early sun sets and winter weather. :p 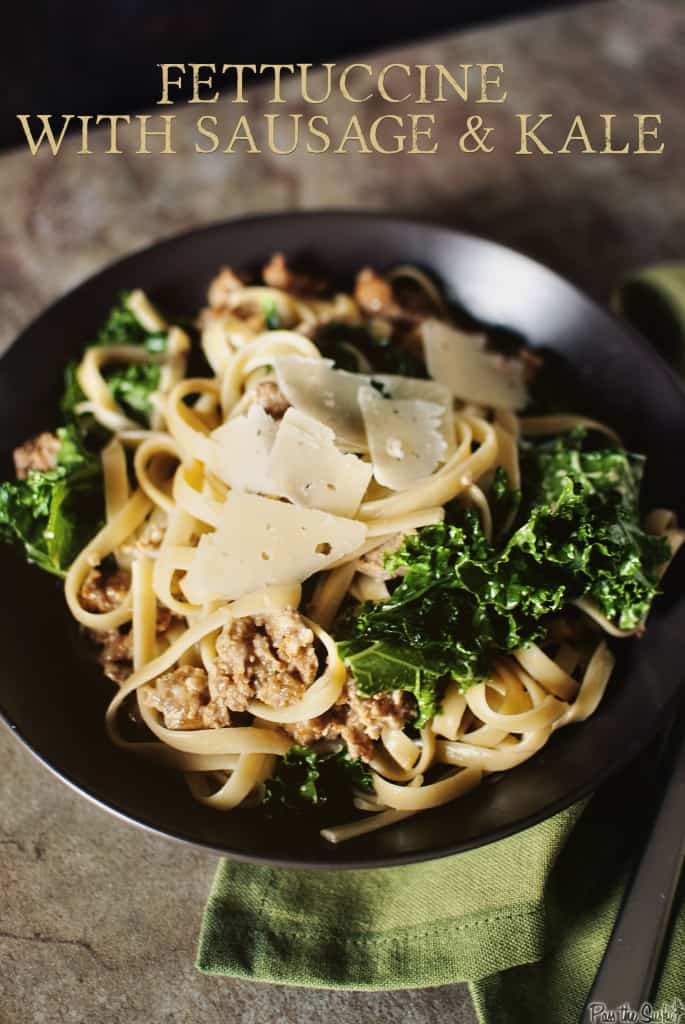 Bring a large pot of salted water to boiling and cook pasta according to directions on package for al dente. Drain pasta and set aside.

Meanwhile, pre-heat a large skillet to medium and cook sausage through. Reduce heat to medium low and add water and cream. Simmer until liquid is reduced by half, about 7 minutes.

Add the kale (don't worry, it will wilt away to nothing). Toss to cover with sauce and mix with sausage. Add the pasta to the skillet and toss until evenly coated. Season with salt and pepper.

Selected for you :   Ranch Beef Burgers