The trains of progression and motivation are moving faster in my head then in the real world. There's a billion brilliant ideas, but I can only hold two light bulbs at once, and that just isn't enough. Right now schools still at a stand still even though I am old enough to fill out the papers, the school year that they will matter for wont start until July and unless I want to pay $1500  a class out of pocket - I just have to be patient. Whats another 6 months? Doesn't stop them from calling three times a day. If you want me so damned bad, ante up.

In the mean time, I am working on a group of retro-y silly quick drawings that I plan to illustrate in Adobe and make into a calendar to maybe sell on the cheap at the shop. I am also back in full swing with apron making. I want to sell a few to help pay some bills. Who knows, maybe they will catch on. I have a few designs at the moment and they just need to get execute at this point - which should hopefully be next Thursdays project. I'm also full swing knee deep in design projects (apparently, the more on my plate the more I want and the better I work). I have a few postcards going out for the shop, organizing signings and shows, and a blog redesign, and well, if you give a mouse a cookie.... Hopefully Silhouette Graphic will see a new face lift soon as well.

On top of my fast paced mind - my real world adorable o's and o's (kittens) met my boyfriends 70lbs of love puppy in a roller coaster of crashes, booms and bangs. Things are kind-of-sort-of starting to smooth out. Don't ask me what an o's and o's is. I have no idea. It's just one of their many nicknames. 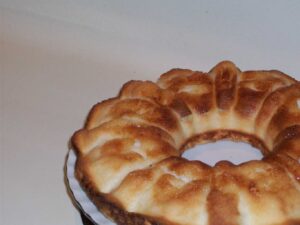 This weeks two resulted in one well leftovers meal and a complete fail. I don't know what I did wrong, but after separating 12 egg whites, my Angel Food Cake from Alton Brown came out flat and rubbery. 🙁 I sifted, whipped, peaked and reserved and still no love. Perhaps it is the 2 minutes in the food processor that I did neglect that was my wrong doing. I believe that its my un-love of Alton Brown coming through in my food. Either way - flat rubbery angel food cake is in the trash...

My other attempt was Chicken Divan by Paula Dean from the left over chicken I baked earlier this week. I can tell you I already feel fatter with two cans of cream of mushroom soup, a cup or mayo and a cup of sour cream in the mix - not to mention the cheese. I dig Paula and hate her at the same time. She screams fake in a way that very much reminds me of other people I have known, but her food, its real. Any time you can have books and tv shows when every recipe starts with a stick of butter and bacon fat - it really can't be all that bad. The chicken divan was pretty much exactly what I expected. I would probably add red pepper flakes, more lemon juice, and something else - though I'm not sure what - just to add a little zing to it. You can check it out here. The best part about this one is that it can all be eyeballed with no measuring involved.