Cheese steak debate, week two! This one has to be one of the loudest debates - Pat's Vs. Geno's!

Everyone seems to have an opinion (well, duh, this is Philly we're talking about) but the thing is, I'm not a fan of either. I think there are many of other places that make a better cheese steak, without all the flashy neon and standing around in long lines. Sure, it's fun to do, but if I'm going to wait around in Philly for food, it's not going to be for Pat's or Geno's.

Let's see what the boys had to say about it:

And remember the rules:

9th and Passyunk is a famous intersection.  It is the front lines of one of the greatest cheese steak wars that has been ongoing for decades.  Ask anyone in the Tri-State area, “Pats or Genos?” and a debate is sure to follow.

I have had quite a few cheese steaks from each, but honestly, I never really thought about which was better.  I am not sure if it was because I was usually hammered drunk or because I did not go frequently enough to really know the difference.  Chris and I were going to find out which of these two powerhouses would prevail.  Head to head, one small wiz wit against one small wiz wit.  We started with Pats.

I was feeling objective due to the fact that I was so oblivious to what was going on each time I was at these two establishments, I could not distinguish one cheese steak from the other.

The first thing that hit me when I bit into the Pat's steak was the roll. It was good, very flavorful, substantial, but not too substantial.  This steak was good, and I mean really good.  The cheese wiz was spread evenly and it was very flavorful.  You could taste the onions in the background, and the flavor was right on.  I couldn’t come up with anything negative about the sandwich….it was just a good cheese steak.  The flavor was very balanced. 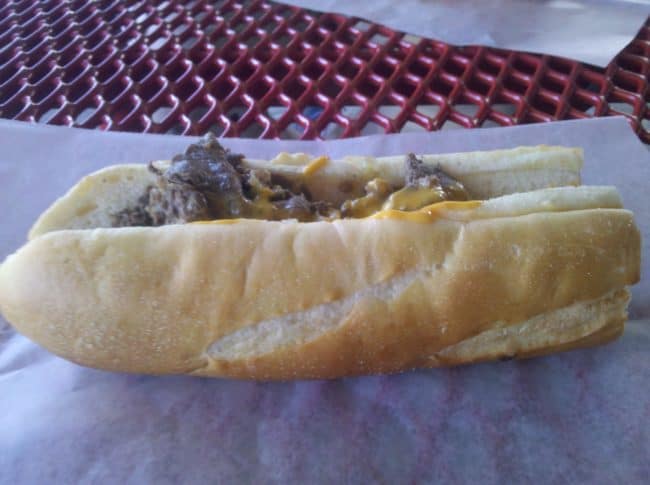 When we finished, we walked over to Geno’s and ordered the same sandwich.

Stop #2, the Famous Geno’s Steaks, in South Philly. The competition between Pat’s and Geno’s has been going on since the two restaurants were located across the street from each other. I knew this was most likely going to be the hardest face-off between two restaurants in the whole challenge. I’ve had both Pat’s and Geno’s in the past, but never back to back or with cheese steak greatness on the line. Now let’s get down to the formalities, Whiz Wit Please!! 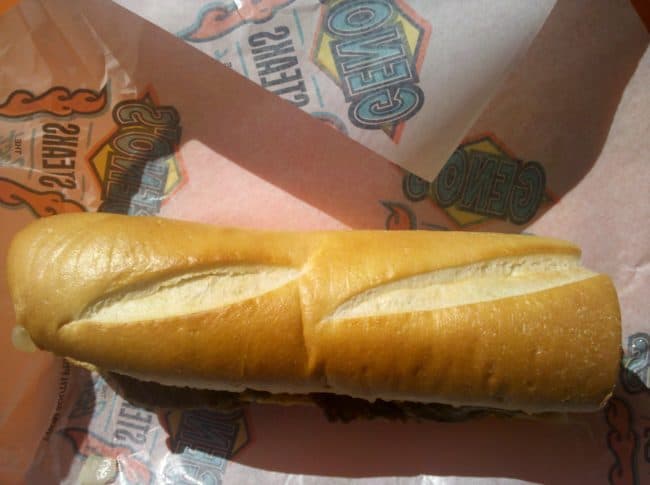 When I unwrapped the sandwich from the paper, I was struck in the face by a beautiful golden brown roll. Upon the first bite the roll was soft and chewy, but not as sweet as the roll from Pat’s. The meat was flavored and seasoned just right and the Whiz ohhhh the Whiz tasted so good. The cheese had a lot more flavor then the cheese from Pat’s, and we also got a lot more of it on the steak. 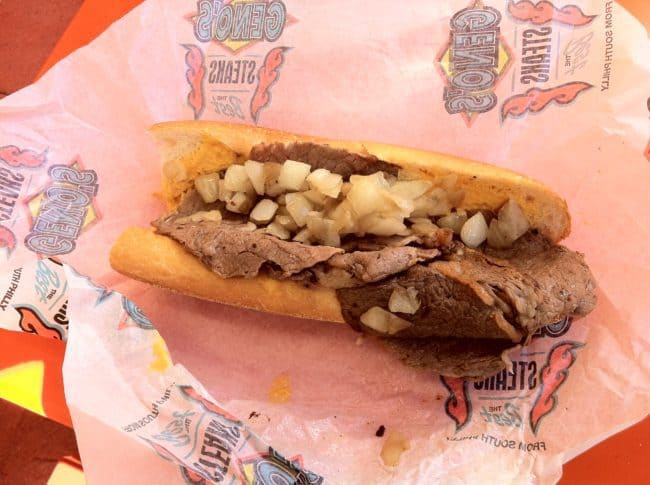 A landslide win for Geno’s right? Not so fast, did I forget to mention the onions? The onions (I’m sitting in front of my computer shaking my head). What happened to the onions?

I’m a big believer that onions on a cheese steak should compliment the steak, not over power it.

At about the second bite of Geno’s steak that is exactly what happened. It tasted like I was eating an onion cheese steak and not a cheese steak with onions. The onions tasted like they were freshly chopped, thrown on the grill, then taken right off and put onto my sandwich. Where as the onions at Pat’s complimented the steak and did not over power it.

The verdict? If it weren't for the onions, Geno's would have won this round hands down... but.... 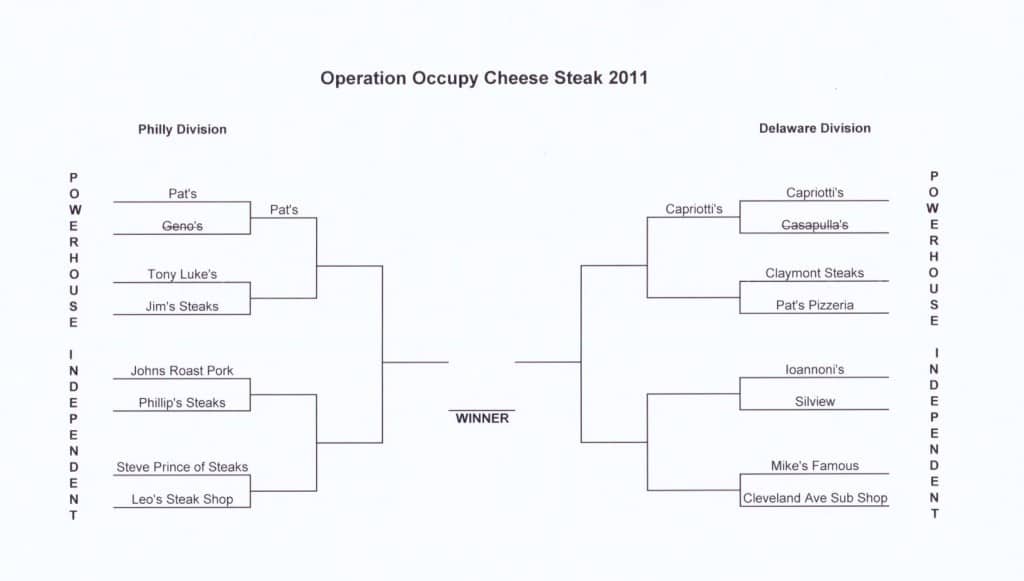