With all our out and abouting going on on the mountain bike trails I realized I needed a few new toys of my own to go around. First, I wanted an everyday lens to have out there. My 35mm was just not cutting it for quick action shots. And a bag to tote all of this around in. The lens was easy - I walked into my local camera store and told them what I needed. Boom. The bag, no so much.

You would think shopping for a bag to carry your camera around in would be easy. It's not. First, there are all sorts of bags, of all sorts of sizes, and a person to tell you which to buy for every one. The part of me that fancys I could carry a purse (hasn't happened yet) wanted an Epiphanie bag. Something pretty, but big enough to haul my Nikon. It would be cute and I could lose lip gloss in it. It would be my first real purse. It would be great for traveling and awesome even on casual date nights. Best of all, it would make one hell of a weapon should any purse snatchers happen by.

Then I realized I wanted to take my camera to mountain bike races - maybe even out with me while riding someday (in the distant future when I am convinced I wont fall 100 times). That I needed something that would haul my camera, maybe an extra lens, and wouldn't get forgotten in the bathroom after a martini. I should disclose that I had previously purchased a camera bag from Etsy. It was cute, with little cherries all over it, well padded, but otherwise, pretty useless. It was oddly shaped, so carrying around for a day was out of the question. Really, what's the point in having a bag if you can't carry it around? Sadly, that bag became a just a useful storage container for lenses I wasn't using on a regular basis and not really carried about.

I decided on the Lowepro SlingShot 100 AW. After reading some reviews that said this was horrible for smaller people (the straps just didn't fit) I tested it out myself at that same handy dandy camera shop. I'm a bit on the vertically challenged side myself but found that the strap was just fine. It's adjustable and worked perfectly as a slingback for me. But what really sold me was the pockets. I felt like a Kender who now had a handy haversack (think Merry Poppins' purse for those of you who I just lost with my nerdage). 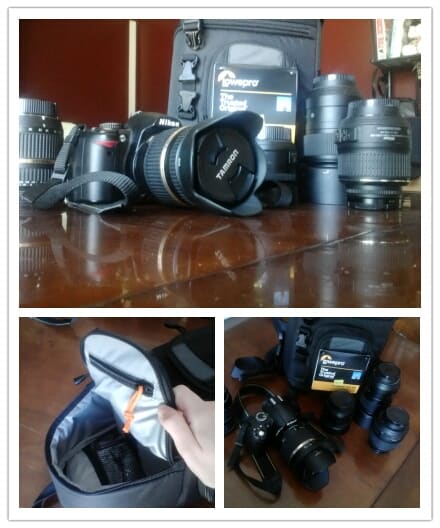 There are tiny nooks for memory cards, batteries, cleaning equipment. A pocket that stores a little rain coat for it. An area clearly marked for the camera, with a lens attacked, and two well padded pockets next to it that each hold a lens. There is even a top pocket that fits an additional lens if you just want to see how many lenses you can fit in this bad boy.

Most of all, I was able to trek around in a field on Saturday in ridiculous heat with this thing on my back not worried about my camera at all. When we sat in the woods for three hours, I tossed it down in the dirt, not worried if the canvas material got dirty. This was just the kind of bag I needed. 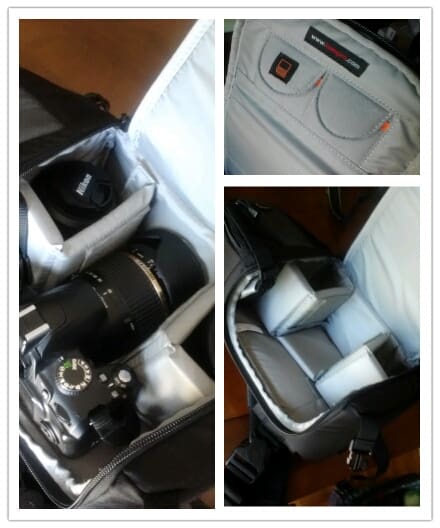 Sure, I may still want a fancy Kelly Moore bag some day when I am all rich and famous - but until then the Lowepro is a great alternative. 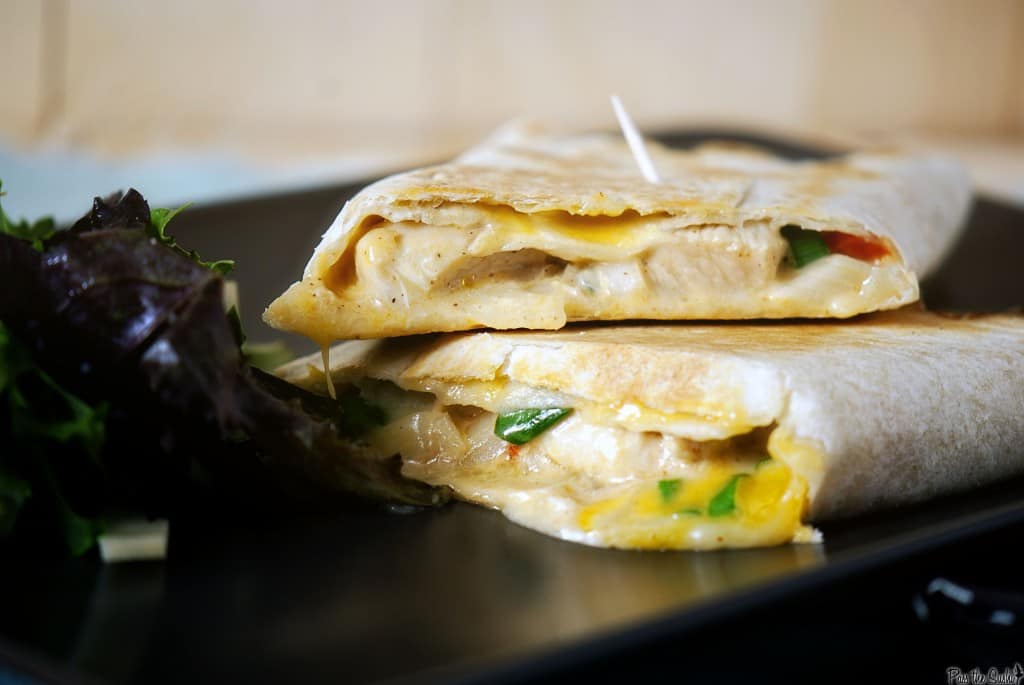 As for these chicken wraps, I have made them three times since spotting this recipe on Pinterest. The first time I followed the original recipe, then I went back and tried some other ideas out. 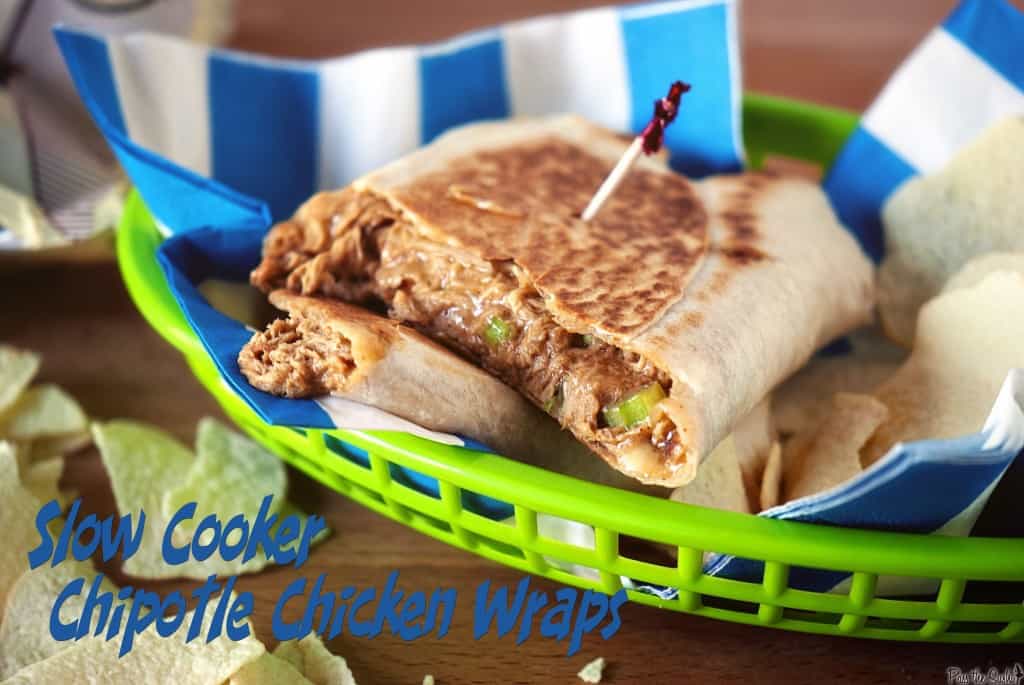 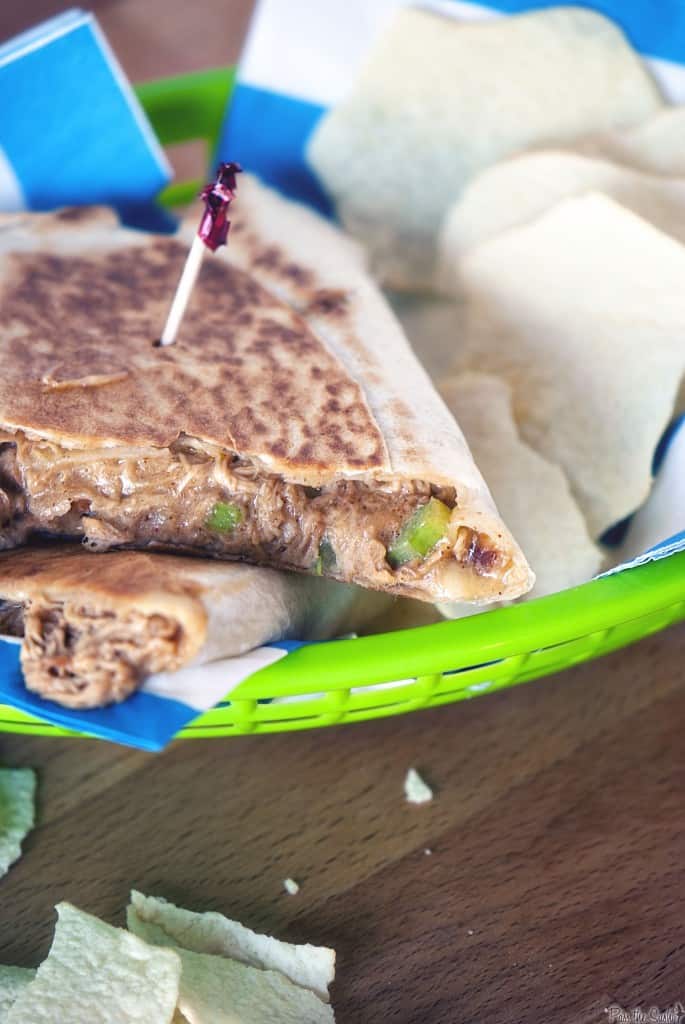 Place chicken in a slow cooker, season with salt and pepper and pour chipotle marinade on top. Cover and cook on low for 5-7 hours, until the chicken is easily shredded with a fork.

Stir in scallions, celery, pepper, mayo, sour cream, and tabasco. Eyeball it - if your's does not need ⅓ cup of mayo, don't use that much.

Meanwhile, preheat panini press or skillet. Sprinkle tortilla with cheese and scoop chicken into center. Fold together like a burrito and place on panini press and cook until tortilla is golden brown. If using a traditional skillet, press down on the top of the wrap with a plate to get a good golden brown, flipping halfway through.