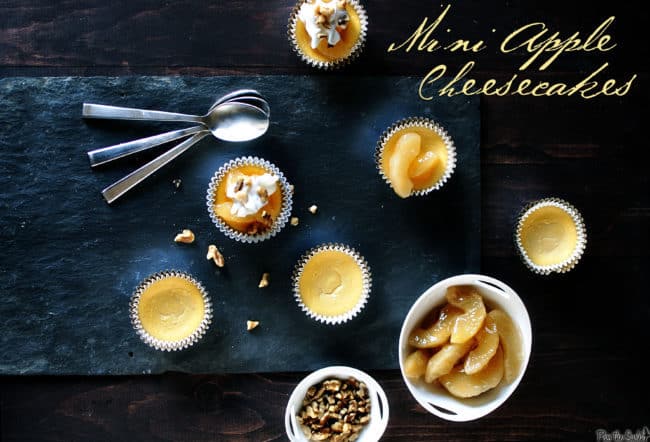 I remember mini cheesecakes from when I was little. They were a quick and easy dessert that could be topped with canned pie filling and made to order for a large amount of people with short notice.

Some things never change, and having a quick delicious dessert recipe on hand is always helpful in a pinch. When Lucky Leaf asked me to taste test some of their pie fillings, I knew I wanted to reconstruct my childhood memory into a recipe my readers could whip out when needed.

That's where things started to go wrong. I wanted quick and easy cheesecakes. So while meandering around the market for supplies, I saw Philadelphia Cheesecake Filling. Don't judge. My thinking was that if I were in a pinch and were going to use canned pie fillings, why wouldn't I also use other delicious shortcuts? I picked it up, foil (yes, these are important) cupcake liners, and my vanilla wafers and set out to have dessert done in five minutes.

Not so much. The prepackaged cheesecake mix was a 'spoon and serve' disaster. It didn't look right, had a texture somewhere between pudding and mousse and wasn't making for a pretty or homemade looking dessert. So.... I tried baking it....

Well, my advice is, if you are in need of a fat kid moment, keep it at that. Grab a spoon and enjoy the cheesecake mix as is, because that's as good as it's getting with this one. 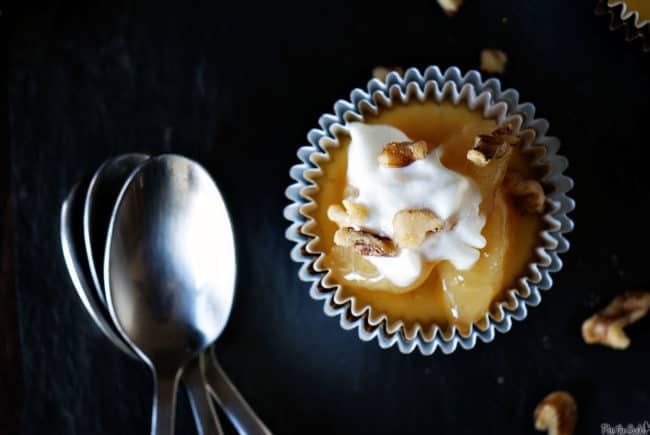 Then, I thought about those Jell-O No Bake Cheesecakes. But I was in a particularly cheap mood and the $2.35 just wasn't jiving with me when I had 8 blocks of cream cheese at home in the fridge. It was on sale, I swear.

So here's what I ended up with.

A semi-homemade, super simple, but not the 5 minute flash kind of cheesecakes.

They still look classy when brought to a party. 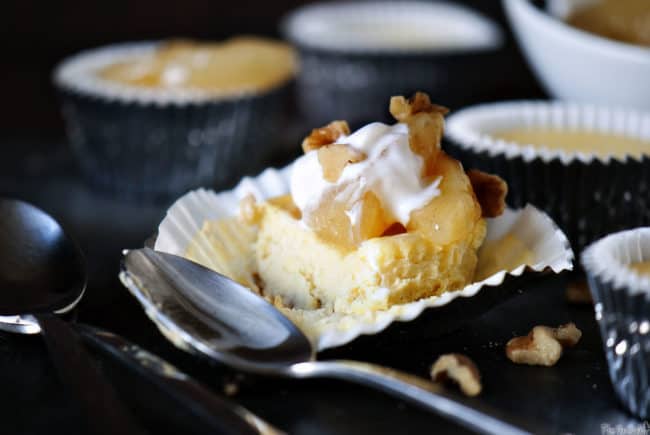 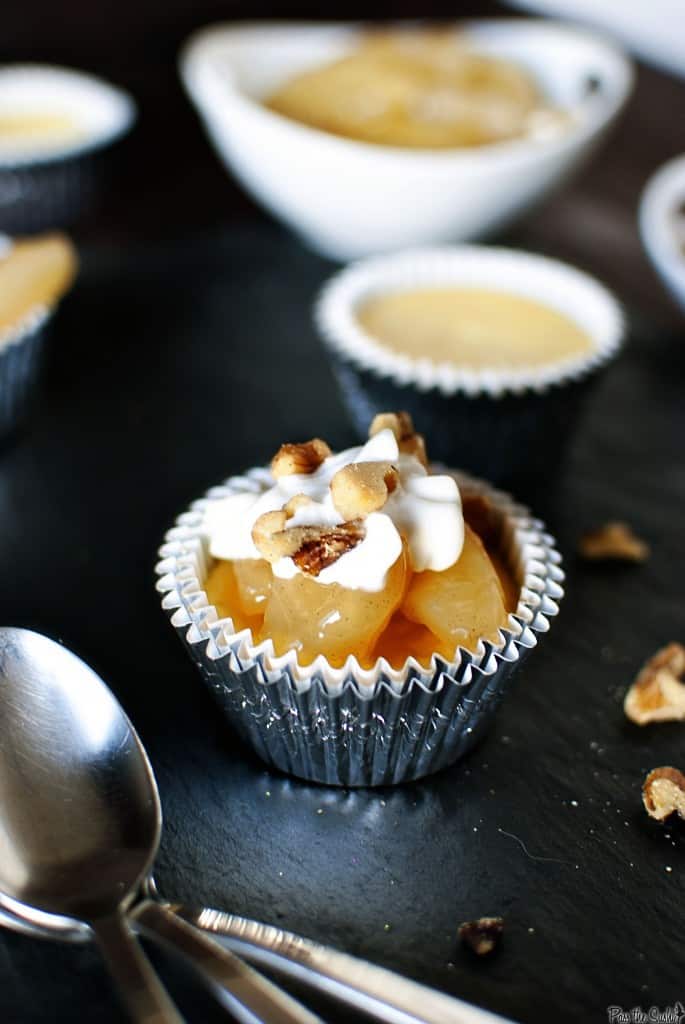 In a food processor or with a little aggression, ziplock and rolling pin, crumb the vanilla wafers. In a small bowl, toss the cookie crumbs with the melted butter. Place about 1 teas, or enough to cover, cookie mixture in each of the lined tins. Use the bottom of a flat shot glass or your fingers to press the crumbs firmly into each tin. Bake for 10 minutes. Let cool.

In the bowl of a stand mixer, cream the cream cheese and sugar together until smooth, about 3 to 5 minutes. Add the eggs, one at a time and stop to scrape down the sides after each. Make sure your cream cheese mixture is smooth.

Using an ice cream scoop, divide the batter evenly in the cooled muffin tins.  Bake for 20 minutes, until the mixture is set, but jiggles slightly. Turn off oven, but leave the cheesecakes inside with the door cracked for 30 minutes more.

Remove from oven and refrigerate at least 5 hours before serving.

Before serving, place 2 to 3 apple slices over each cheesecake with a dollop of whipped cream and some walnuts on top.

The apples from the jarred pie filling were good. Win. If you were an apple fan and in a sweets mood, you could eat these right out of the can. The texture of the apples was nice, and not at all 'mushy' like I had anticipated. I love how they streamlined this dessert and really dressed up the whole package.

Lucky Leaf is providing two of my readers with copies of their new recipe book packed with ideas and recipes that make use of their pie fillings. There are a lot of creative little desserts in this book that would certainly help me branch out my dessert options (more fruit!). Please leave a comment if you would like to be entered to win and winners will be drawn at random on December 19th 2011 and posted on December 21st.