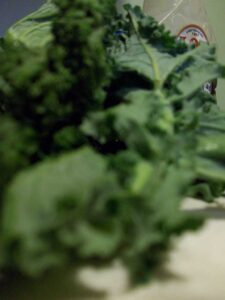 Most kitchens have an oven and a stove top. The kitchen I am currently doing most of my food fiddling in doesn't. Not that it doesn't. There is a space being occupied by an oven, but it doesn't bake. There's a stove top on the top of the oven, but its rather fickle. You have to sweet talk it.
But that's ok, because its making cooking a challenge. I can cook and I would like to think I'm pretty decent at it. And now that I have someone who I would like to show that skill off too.... I can't. Meals are mostly from the grill, with a fresh salad and a side. I'm pretty sure I'm not allowed to touch the grill, so really, I feel like I'm not doing much in the kitchen at all. Its challenging me to come up with ideas that will work without the grill, without the oven, and that can still impress someone, at least, fill their tummy.
This weekend we had two meals planned, a blackened chicken dish, and a stir fry. Both would have ample left overs for other meals. Both would be relatively easy to cook. And both had nutritious deliciousness. Saturday night rained out blackened chicken, so stir fry won. It was a simple one with fresh kale, peppers, mushrooms, broccoli, snap peas and some beef. It wasn't the most amazing stir fry ever, but it was my first attempt and it wasn't bad. Just boring. 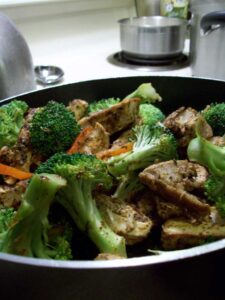 Sundays blackened chicken was awesome, with a twice baked potato put together in the convection oven. The leftovers to blackened chicken are my favorite part though. I chop it up, and throw it in with tortellini, onions, peppers, and a creamy alfredo sauce. You can pretty much spin that however you want, but boy, is it tasty.
The meals aren't amazing. So there's been no knock your socks off impressions left, I'm sure. But I'm OK with that for now, because it means that I can only bring better to the table as things get fixed up, and that's something to look forward to.