Just in case a savory breakfast is not what you had in mind for Mother's Day, I figured we should sneak this French toast post in as well. And two recipes from the same book in two days? You should all know what that means. A giveaway!

Remember when I said I was done with new cookbooks, well an unexpected delivery from the Easter Bunny had me skimming the pages of CakeLove in the Morning with family present to remark on how attractive a smile the author, Warren Brown had. I proceeded to give the book a deeper look through later in the week with raised eyebrows. I am guilty of being one of those people that loathes breakfast. I always hated the suggestion from friends to meet for brunch, and even now, after a long bike ride with starving tummies, the idea of breakfast just doesn't excite me. Something about the sugar, the sweet, the amount of all of it. Seriously, when was the last time you saw a 'small' portion pancakes at a diner? However, age and a slowing metabolism have made me try to embrace the most important meal of the day and I have been working to increase the breakfast options in our house and at least drink a smoothie in the morning. When CakeLove in the Morning appeared at my door step with recipes ranging from sweet to savory for breakfast, it was a sign to step things up.

When I finally sat down to make some tastiness from the CakeLove book, I started on about how there was not a section devoted to French Toast... There were 8 pages for French toast in a breakfast cook book over 200 pages long. I had a ridiculously dramatic rehearsed rant about the lack of love for such a favorite breakfast meal. Then I realized, feeling rather like a tool, that those 8 pages were pretty awesome. One covered the basics - bread choice serving sizes and other little tips for French Toast perfection. Another page was devoted to a classic French toast recipe, all you really need, and then the next 6 were all about stuffing it with amazingness or even bringing out the big guns with some French Toast pound cake. Yes, you read that right. French. Toast. Pound. Cake. Why didn't I think of that first? 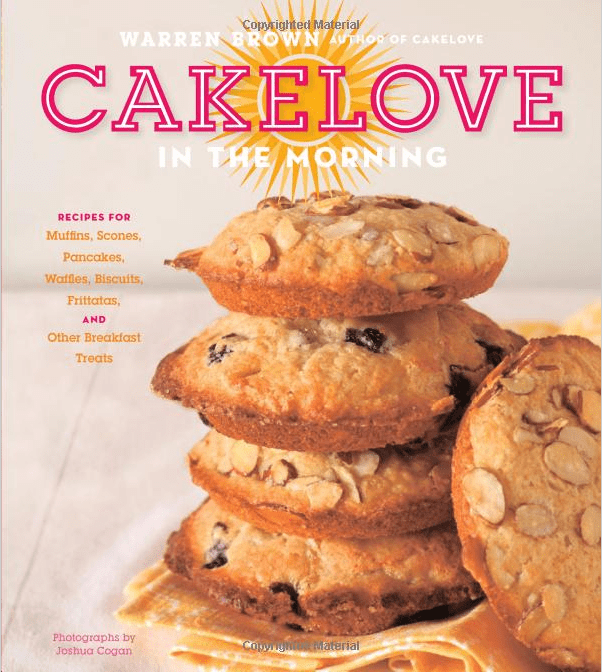 Technical Level: Who can't make pancakes? (I say that knowing someone in particular who may have asked for my help the last time he tried to make some... >.>) This book is all about the basics though. It's simple and down home. Breakfast is meal for everyone and anyone and the recipes in CakeLove stay true to that.

Graphic Design: This book is bright and chipper - just what you are going to need if you plan on dragging yourself out of a warm cozy bed to slave over an oven, unless you really do have someone willing to bring you breakfast. The color choice was smart with a lot of warm oranges and pinks and yet is somehow doesn't scream 'fabulous' so that anyone would feel comfortable flipping through.  In my new favorite thing for cookbooks, the recipes are spacious, being featured on one page with large colorful photographs to accommodate most.

Recipe Quality: Of the three recipes I have tested from this book, none have left me down. I did flip through one morning hoping for a quick waffle fix and noticed there were some egg whites being beaten to stiff peaks and folded into the batter which was more effort than I was willing to give at that point, but having done it before, I can see why it's  a must for the recipes. I love the assortment of flavors, not just sweet pancakes and waffles. There are plenty of savory egg posts and even a bangers and mash type breakfast for those who are really into savory (like me).

Personality: CakeLove in the Morning is a good cookbook. The author's personality is neither overwhelming or lost in the pages. The introductions to each post are short and sweet giving just a brief idea to the recipes inspiration before rolling right along. The poppy colors and layout seem to give more away to a sociable personality then the actual text. CakeLove makes me feel like brunch with a good company - the kind of people who accept your penguin speckled pajamas and bed tossed hair and don't judge.

Why I’d Buy: The story and inspiration behind CakeLove in the morning is amazing. Who doesn't dream of quitting their job to peruse their happiness? After reading the introduction to CakeLove, you will see that Warren did just that. Leaving a job as a lawyer (I'm pretty sure that requires some serious red tape) to bake cakes. There is more on the about page of his website about the actual series of events that motivated him to take the plunge into the cake making business.  This book should be on your shelf as a reminder of what really matters. If that's not motivation enough, the kicking breakfast recipes I have tested from this book are pretty delicious. 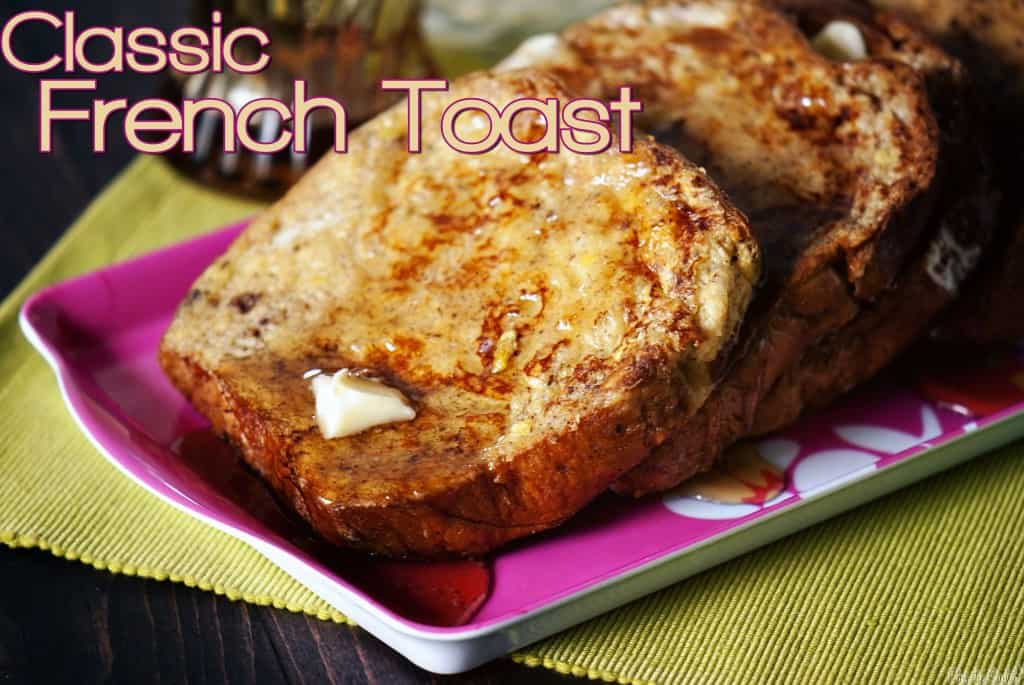 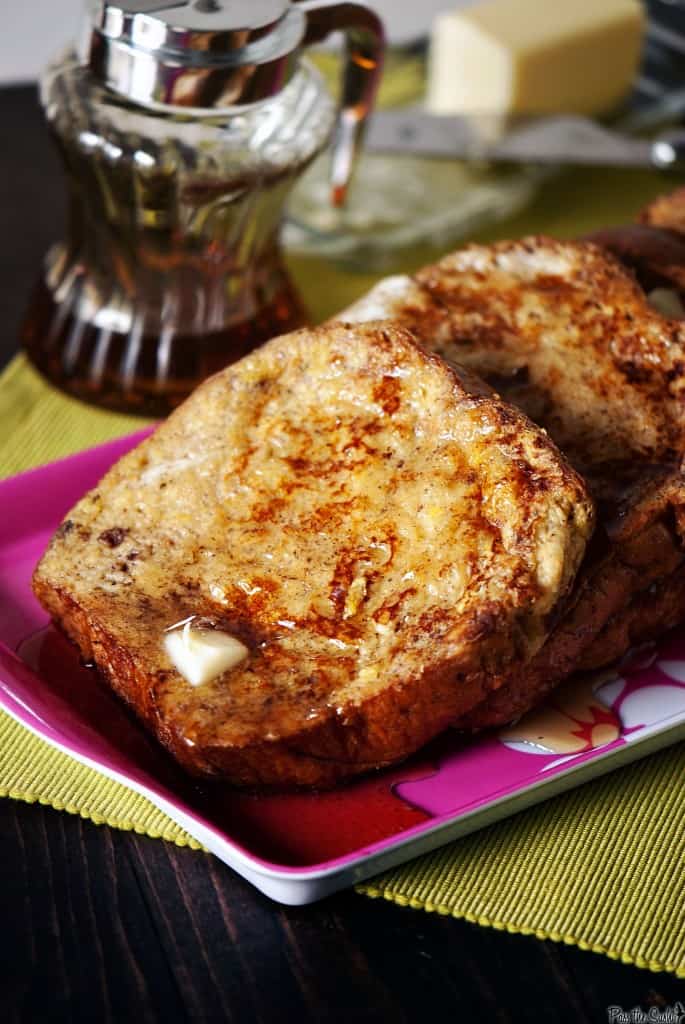 from CakeLove in the Morning

Place a large skillet on top of the stove over medium heat (or heat your griddle to medium) and preheat the oven to 275 degrees F. Place a wire rack on a baking sheet.

In a casserole dish, or wide bowl, whisk together the milk, eggs, cinnamon, and vanilla.

Working in batches to accommodate your skillet or griddle size, soak each slice of bread for about 30 seconds a side. Don't let it soak too long or the bread will become soggy and fall apart while cooking.

Melt the butter in the preheated pan and coat the bottom. Place one or two soaked slices at a time in the pan and cook for about 2 minutes per side, or until golden brown.

Move the toast from the skillet and onto the wire rack. Place in the preheated oven to keep warm while preparing the rest of the French toast.

Serve with a dusting of confectioners' sugar or maple syrup. 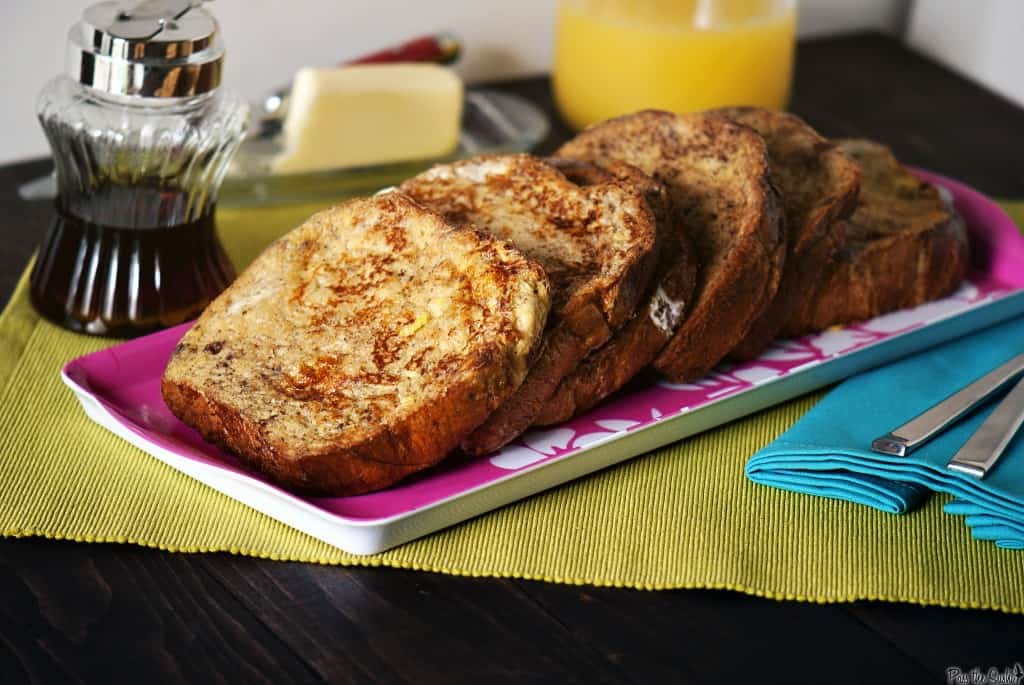 CakeLove became aviable for purchase May 1st, just in time for Mother's Day, so as an added bonus, the wonderful people at Abrams books are giving away one copy to my readers.

To enter to win a copy of CakeLove in the Morning

Leave a comment here telling me your dream breakfast in bed.

Entries accepted through May 13th at Midnight EST. Winner will be announced on 5/16/12. 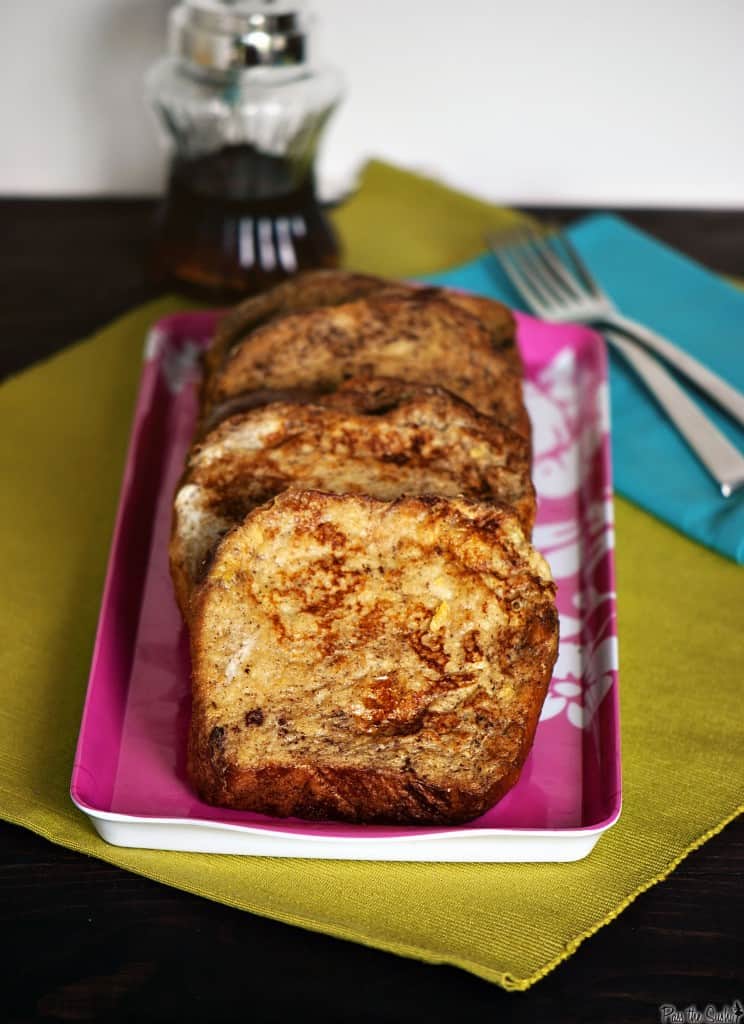