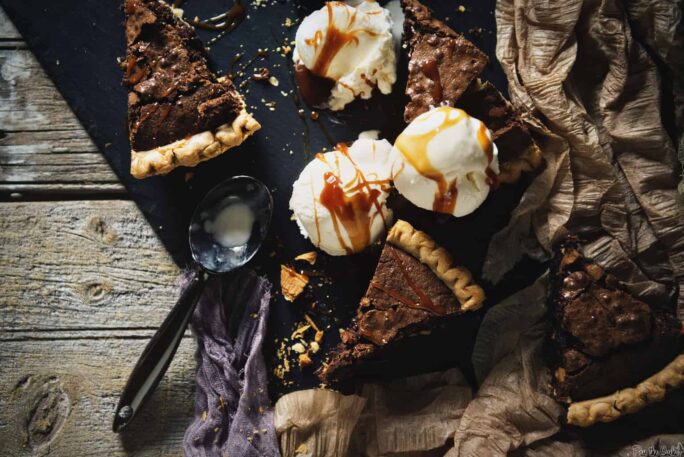 Random chats from Kita. Something I haven't done on here in a while.

This week was full of sexism. I am not sure if it's the Trump-effect or what, but something has got to stop. I ain't no Megan Fox and certainly not bringing the bass like Meghan Trainor, but rock a dress from time to time. And then I remembered why I don't wear them.

Because I get spoken to like a girl when I walk around in a dress. Even in my comic shop - a fun progressive shop that's been around for years. But that's ok, ignore me when you have a question about back issue pricing. The young man behind the counter who only works on Saturday's is going to look up at me to confirm his answer. I'm going to wink back at him and continue to stand here and look pretty like I don't have a clue.

Next, there was the guy who told me I was unmarriageable because I gallivant around the world doing whatever I want and snapping pics of cupcakes while my man works hard and pays the bills.

Excuse me, I pay my bills. I pay my way, and on a good month, I am the bread winner of this household. And as far as going where I want and doing what I want, I wasn't aware that this was the 40's and my role was in the kitchen making sandwiches and birthing babies. But that's right, I'm unmarriageable.

Which no lie, got to me. Hours later I found myself stewing over this unsolicited comment from a stranger. But, after some venting with my fellow foodies, I realized, this dude wasn't hearing any of that and it didn't matter how hard I work or what I really do, I just bake cookies or something like that. It's quite possible that I am indeed unmarriageable, but trust, me it has nothing to do with how hard I bust my booty or where I hike my pack.

Finally, after a day of standing around being brushed off as just a a girl, a guy came in to chat with me about bikes. Sweet right. Yeah no. Even my co-worker walked away realizing the guy had no idea what he was talking about just assuming that for his statue and masculinity he was a stronger, faster rider and I simply didn't know what I was talking about. Right.

Not sure what it was about this weekend, but there were a lot of reminders that I'm female and have a role to fill. Normally, I roll with it, but I guess they piled up or I'm PMSing or something because with so many in a row I felt the need to vent a little. And spend about 2 hours of my life cracking up at sexism memes online.

And now, to fulfill my position in life, enjoy this brownie walnut pie with a pint of ice cream and a bottle of wine. 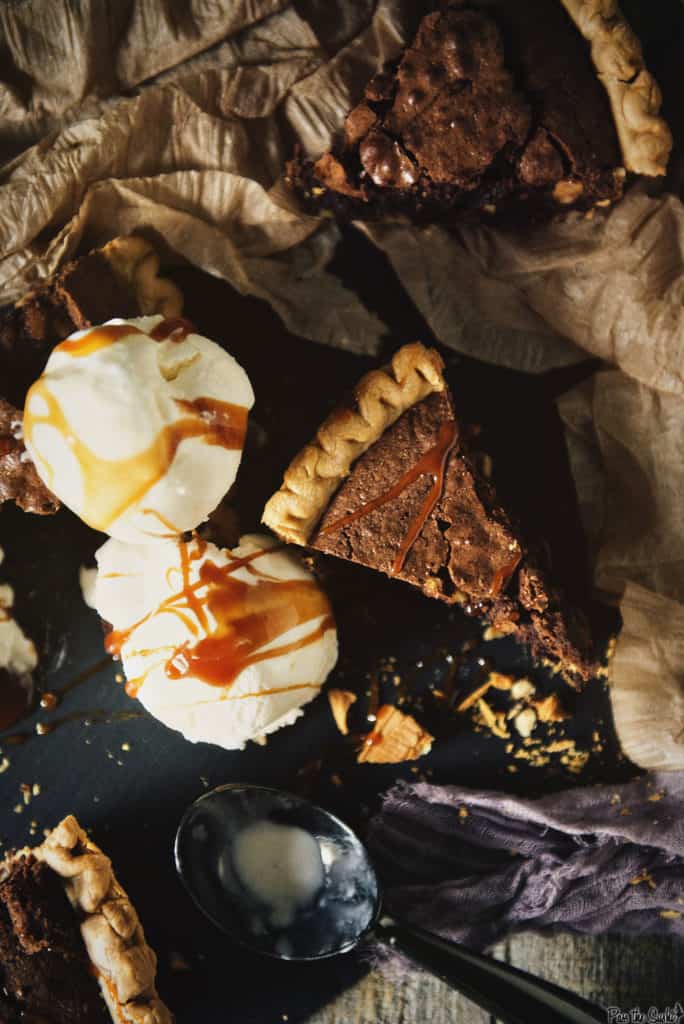 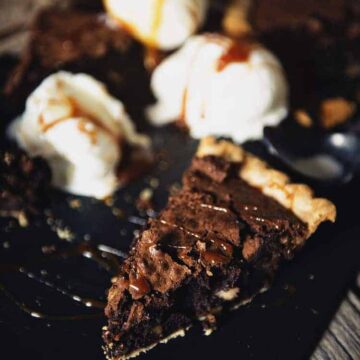 I am not normally a fan of a microwave, but this pie reheats well if not devoured all at once and is better warm with ice cream melting off the top.
No ratings yet
Print Pin Rate
Author: Kita 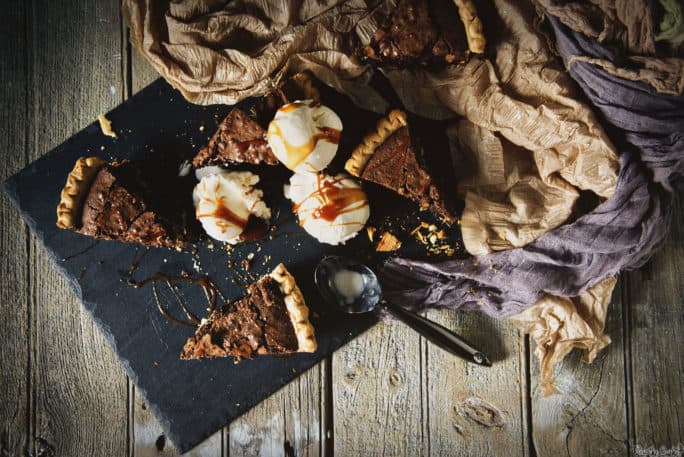