Pumpkin Bread is sweet and delicious, if not quite a dessert.  This Pumpkin Bread Pudding takes it to a whole new level, and is a great alternative to pumpkin pie. 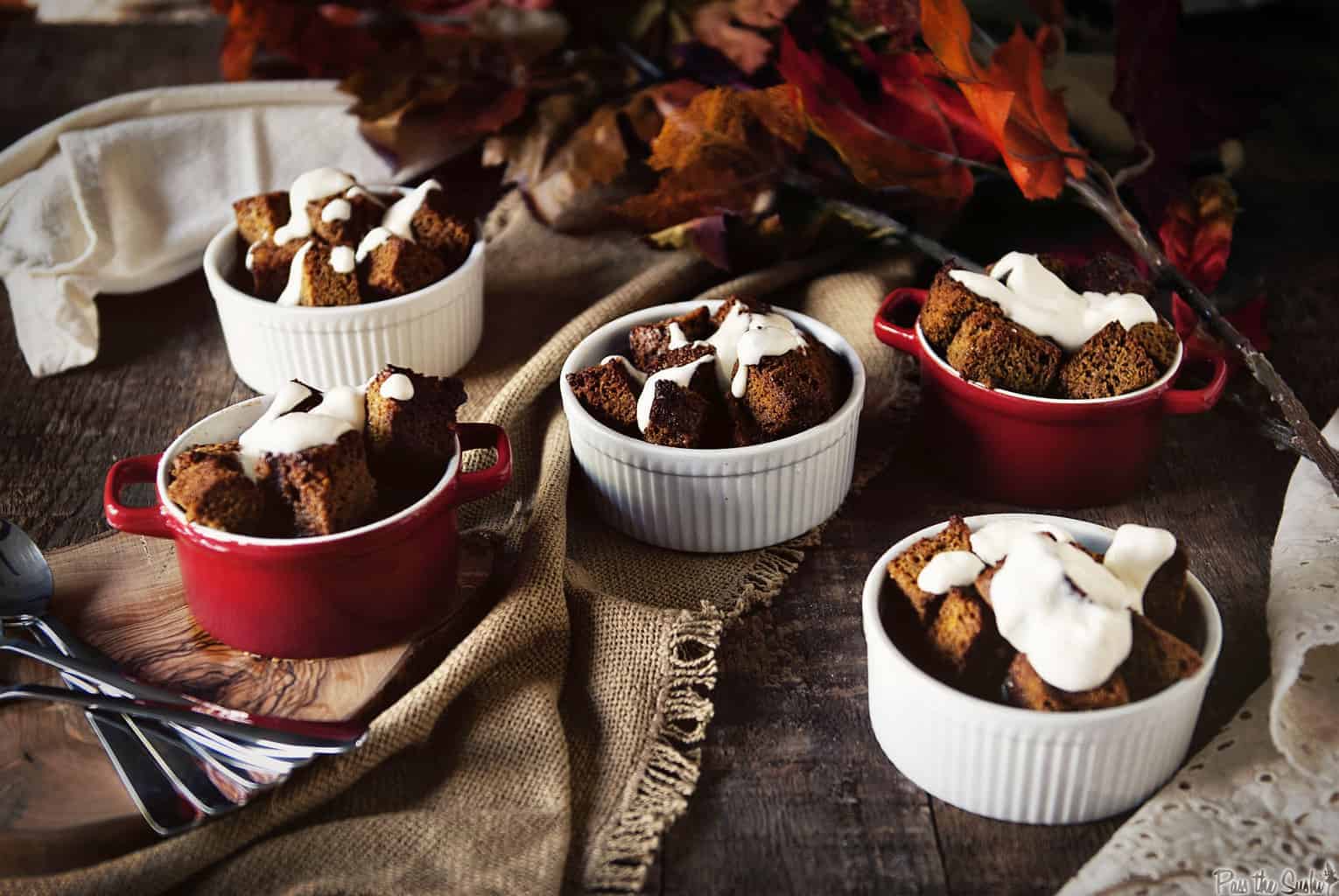 Still trying to figure out that holiday menu? That's ok, because I am too. I have 99 pages marked and magazine recipes flying about and I know that when it comes down to it, the same old sides will be staring my family down the day of. But, if you are looking for something that you could break into steps and make a few days before, this pumpkin bread pudding is perfect. I made the pumpkin loaves a few days before  I wanted to make the pumpkin bread, snacked on a few slices for myself, and when I was ready to finish the recipe a few days later, it all came together quickly. These reheat well if you are rushed and need to make them the night before too. Either way, win win. Forget pumpkin pie, let's get cozy around some warm pumpkin bread! (Ps, if you have vanilla ice cream, now's the time to whip out a big scoop). 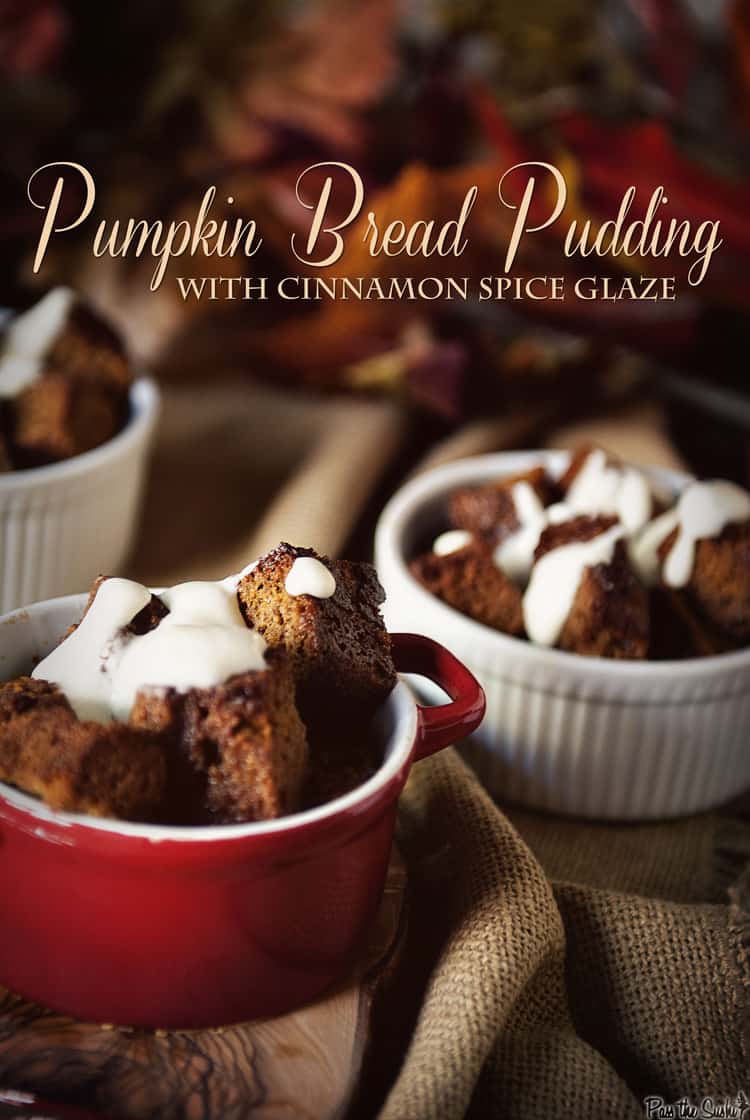 If you’ve tried this Pumpkin Bread Pudding recipe or any other recipe on passthesushi.com please don’t forget to rate the recipe and let me know where you found it in the comments below. I love hearing from you! You can also follow along for more good eats and travel tips on Instagram @passthesushi & @girlcarnivore, Twitter & Facebook. 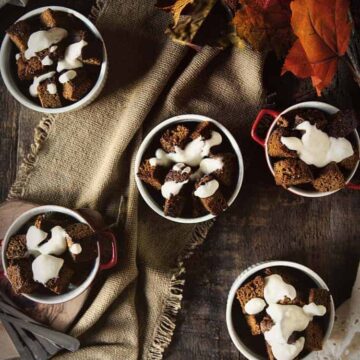 For the Pumpkin Bread

For the Bread Pudding

Round two – make the bread pudding: 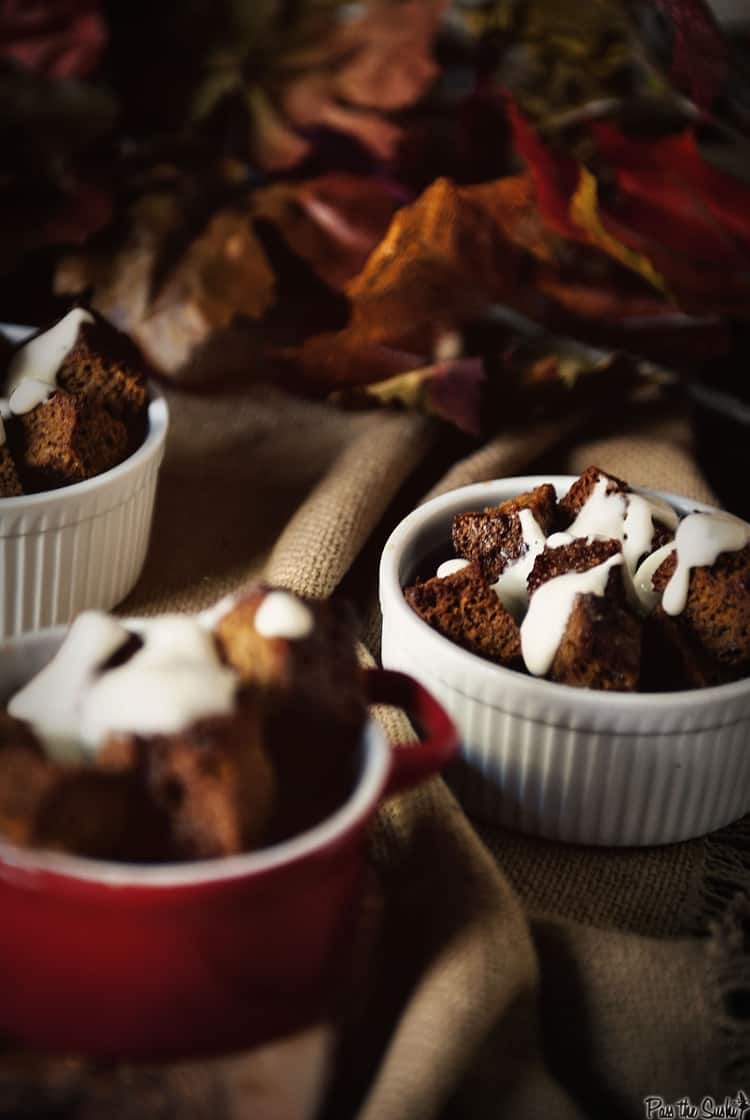