Homemade English muffins will become your new favorite breakfast bread of choice. Tender and chewy, with the perfect balance of nooks and crannies.

Remember this post? The post where I proclaim I spent gobs of hard earned cash on make-up. I don't blame you if you don't. It's been a month and posts tend to go stale quick, especially during the holidays. But in that post, I promised I was going to review some make-up on here and since then, I forgot to review anything. If I keep up this pace, we will be through the Sephora sample box in a year or so.

I have been using the products though, jotting down notes and trying to figure out which ones I like, so with its month long awaited review: Urban Decay Supercurl Curling Mascara. 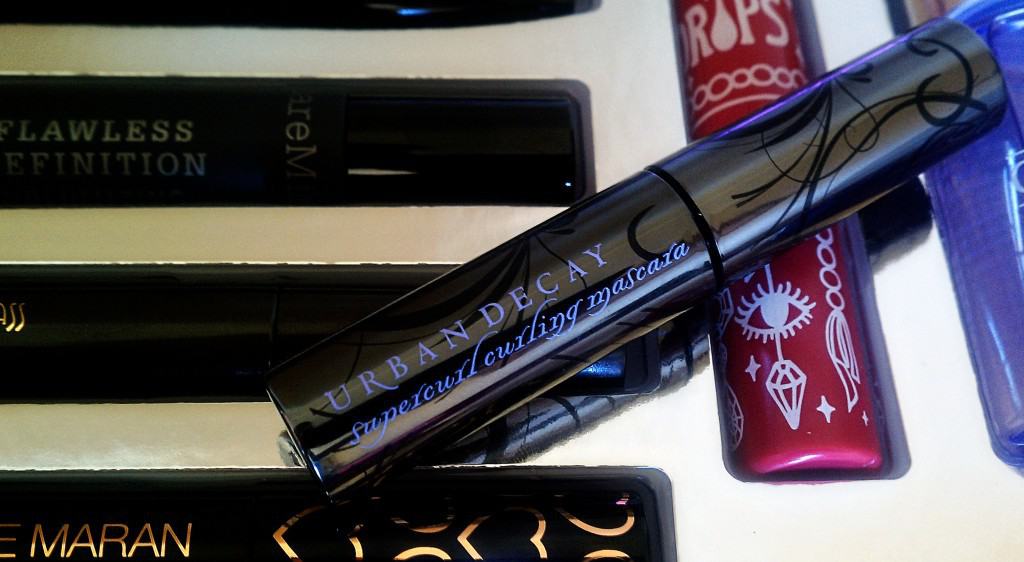 This mascara is smooth. Applies itself like butter smooth. Which is something someone who is make up handicapable, like myself, needs. I was initially worried as it made scratches and a pop coming out of the container, noises reminiscent to medieval torture devices, and after the three balls from the magic fairy stuff I had tried before, I wondered what I had gotten myself into. This mascara lifted and separated lashes beautifully though, leaving behind thin but full lashes and none of the chunky thick ones some other mascaras can leave behind. It washed off easily at night and I could (if I were to ever spend more money on mascara) see myself purchasing this.

And if these English muffins were available for sale, I'd buy them, too.

Sadly, they are not for sale, so you will have to bake a batch instead. 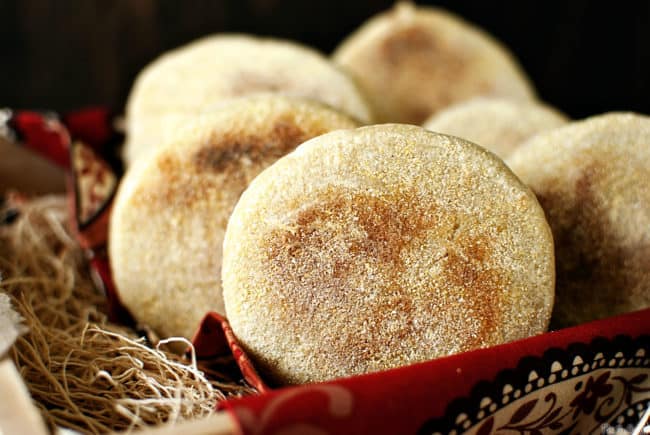 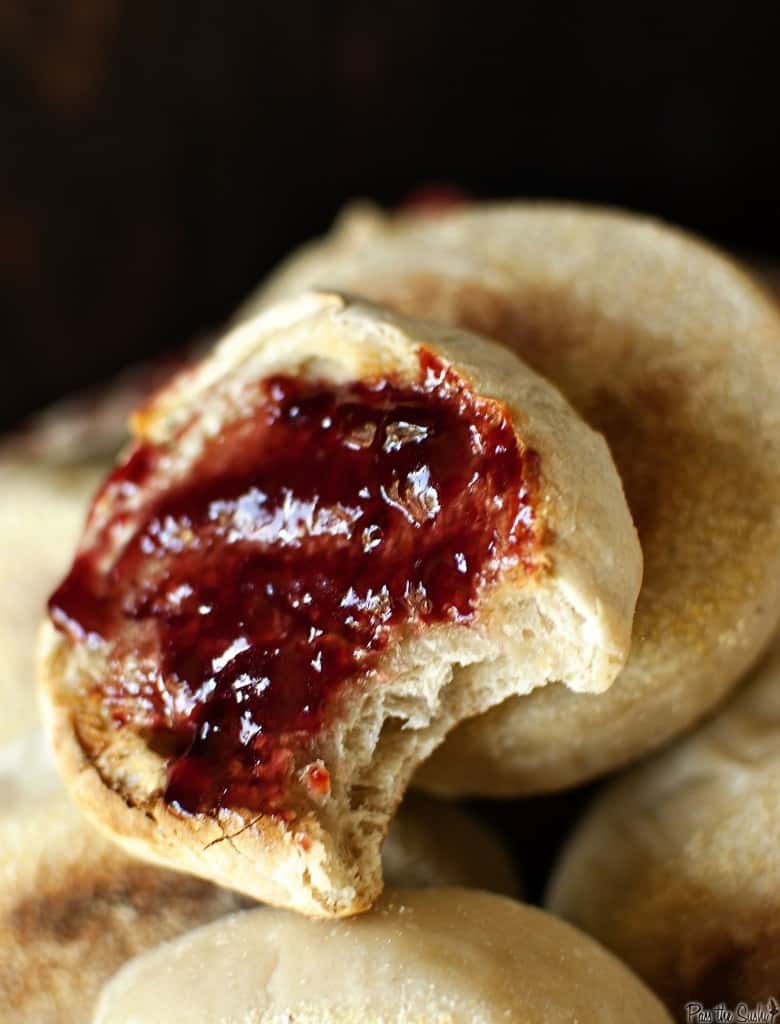 In a large measuring cup, or small bowl, mix the yeast with ½ cup lukewarm water, and let stand until foamy at the top, about 10-15 minutes.

Meanwhile, in the bowl of your stand mixer fitted with the dough hook, combine the flours and salt, leaving a well in the center where the liquid will be poured. After the yeast has become active, pour yeast mixture and remaining liquid into the flour mixture.

Form the dough into a ball and place in a large greased bowl, cover, and let rise in a warm place until doubled in size, about 1 hour.

After the first rise, punch down dough and knead for anther 5 minutes. Cover and rest for an additional 30 minutes.

Line a baking sheet with parchment paper and dust with cornmeal.

On a clean work surface with a dough cutter, divide the dough into 8 equal portions. Place each portion onto the prepared baking sheet and sprinkle with more cornmeal. Cover with a damp, not fuzzy, dish towel and let rise for 30 minutes longer.

Heat a griddle or non-stick skillet over medium heat. Place muffins in pan, working in batches to fit your skillet or griddle, and cook 10-12 minutes until the underside is a nice golden brown. Flip and cook for another 10-12 minutes. Continue until all muffins are cooked.

Split the muffins in half and toast. Serve with fresh jam or jelly, and butter. Enjoy! 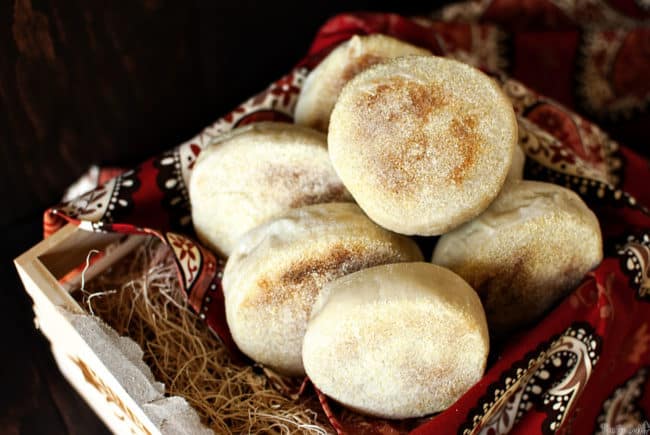