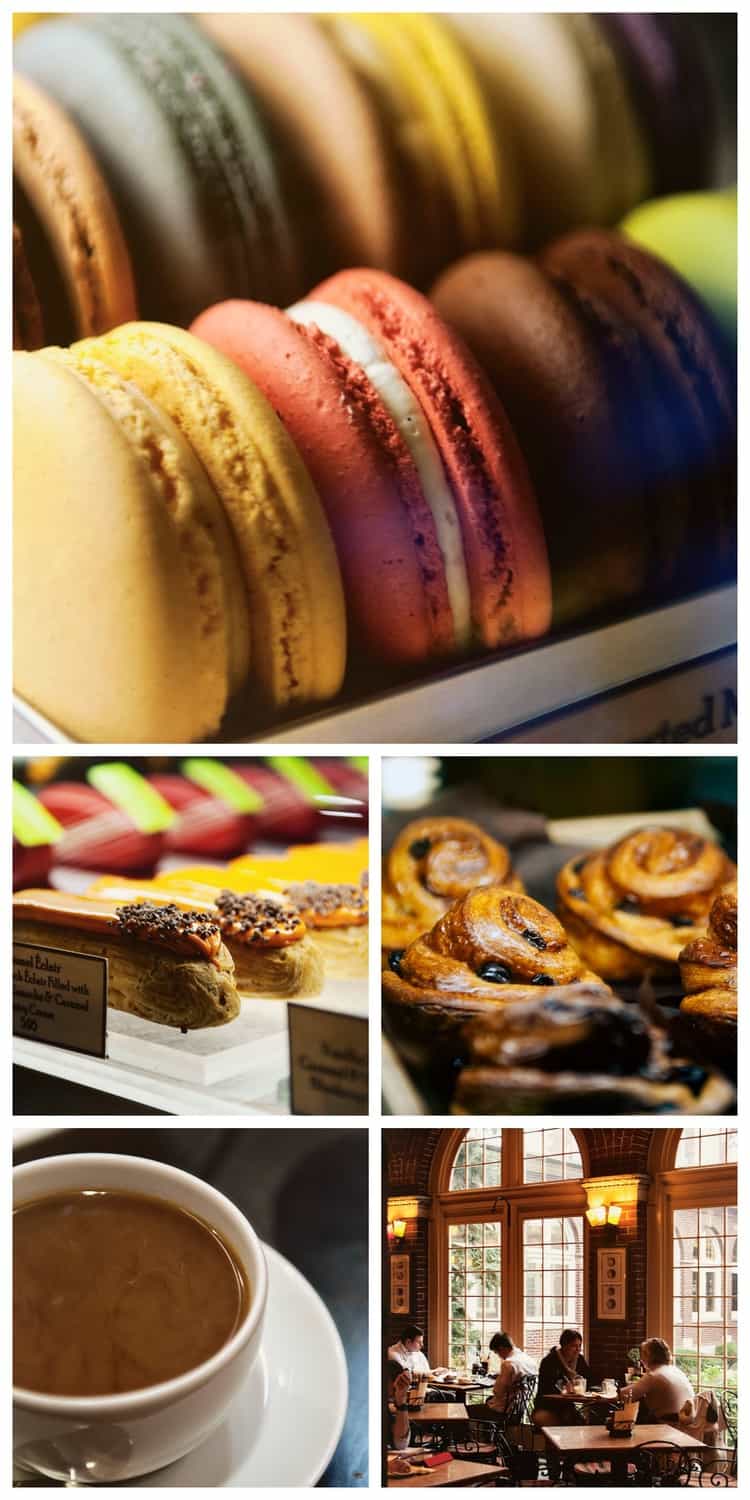 Last month I had the privilege of touring the Culinary Institute of America with several other food bloggers. I live and work in a college town. It’s a thing. I had mentally prepared myself for a tour similar to what I’m used to.

My mind was blown.

The CIA was a work of dreams, set in a stunning old building that had previously been a Jesuit seminary. There were stained glass windows, old wooden hallways, creaky basement stairs, and more stunning brick facades then I could take in on our rainy tour. The Hyde Park campus overlooks a wooded view of the Hudson river that really makes you feel like you have escaped the near by city life and been transported somewhere quiet and closed off from the world. This college was already nothing like what I was used to, being from a college town… I really did send an emergency text to my boyfriend telling him I had taken the train to Hogwarts. 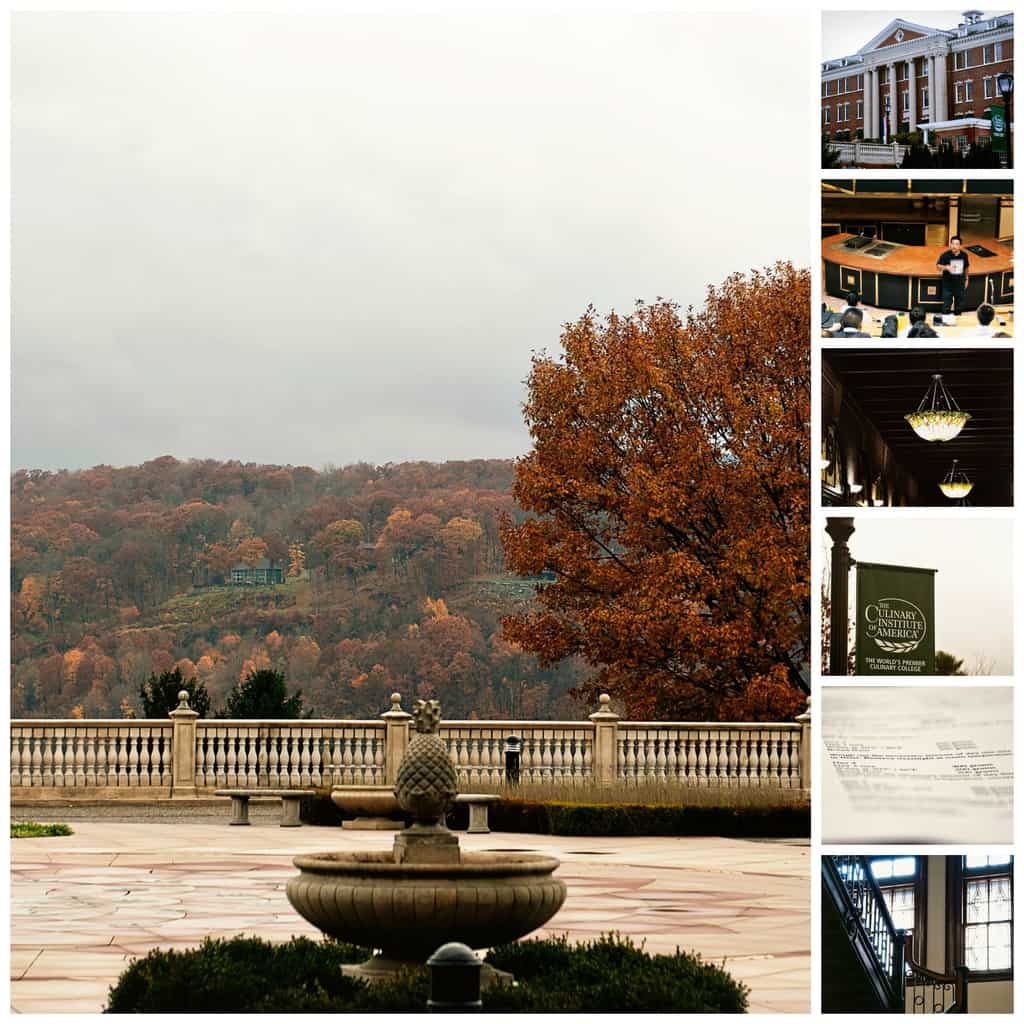 Once you have digested the beauty of the campus, its bakery and functioning restaurants, you can take in that every student there has their head held high and shoulders back as they walk the hallways with a purpose I don’t often see until someone is working on a defined master’s degree. Upon entering our first class of the morning, we were greeted by a jolly teacher who was going over stock with her fresh students. The new students weren’t phased by the group of ‘bloggers’ and our tour leaders. They continued busily on their tasks testing and tasting their stock while the chef explained her class to us and occasionally broke to answer or try a students work. It was mind boggling. She cared, she was enthusiastic, and it was nothing I had seen before. I am used to professor fresh out the gate who’s aspirations of changing the world are quickly crushed by their academic requirements and reality, or tenured professors just waiting for that lucky day when pension comes. This woman, in her tall toque and dirty chef’s whites cared about her students. 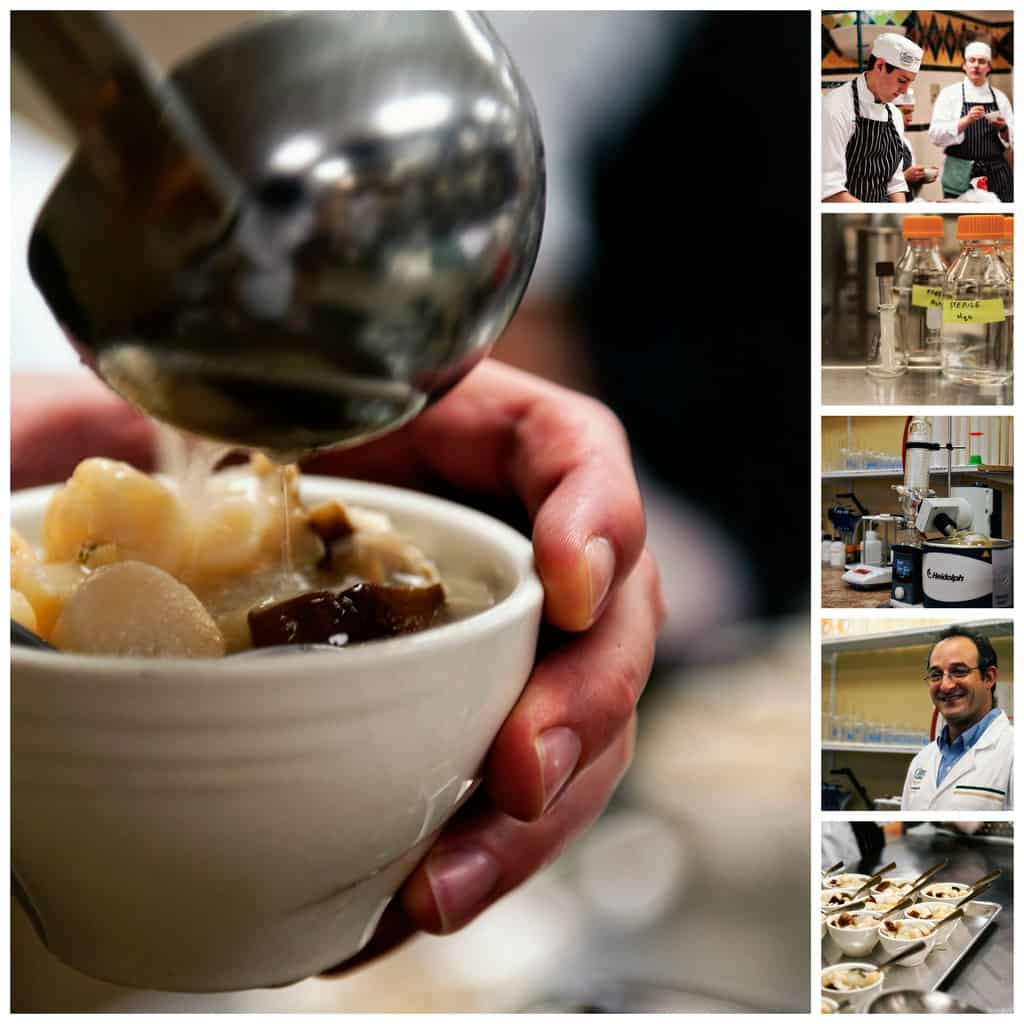 That pattern followed through the day, from study to study as I watched a chef instruct a class on deboning trout with ease and fluidity that comes from years of practice (or a secret history associated with the mob – no really, I made up on the go fictional back stories for all of these guys), to the tall butcher wearing his hard hat showed us the meat freezers with a smile so genuine I wanted to hug him. Everyone cared. Even Chef Philip was polite as we interrupted his class and distracted his students for some hands on interaction. Though, I can’t help but feel there was a wee bit of hazing as I munched on octopus and was offered tiny dangerous peppers. 😉 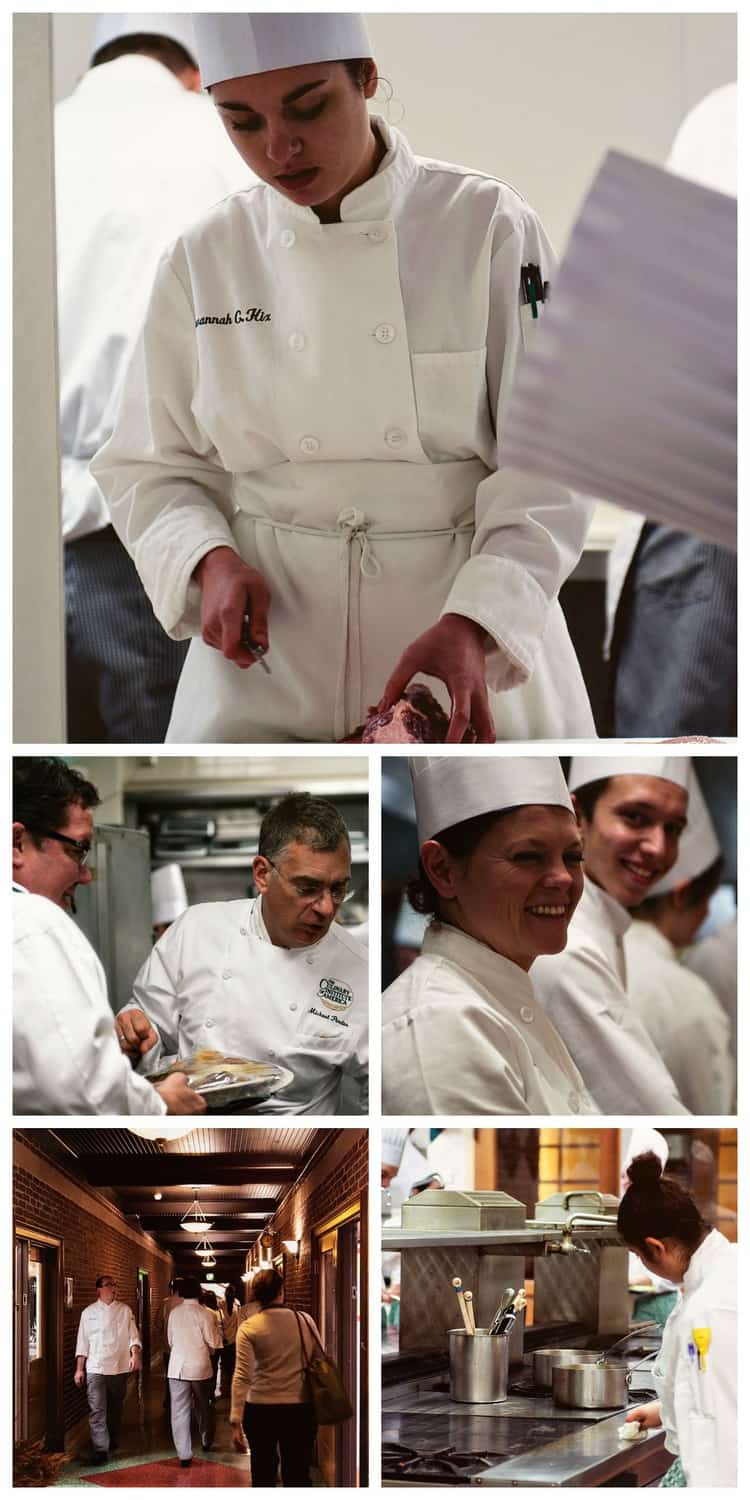 The newly implemented department just for the science of food was packed with equipment fit for the top bioengineering plants with a professor who was so excited about their testing and experiments on the why’s and how’s of cooking that it was hard to keep up. Even the brief interlude where we listened to CIA grad,  Roy Choi speak on his rising success and real world set backs since leaving the CIA was empowering. From a gluten free pastry chef tossing treats our way, to the charming conversation with the maître d’instructor for the Apple Pie Bakery, all in all the day was overwhelming. 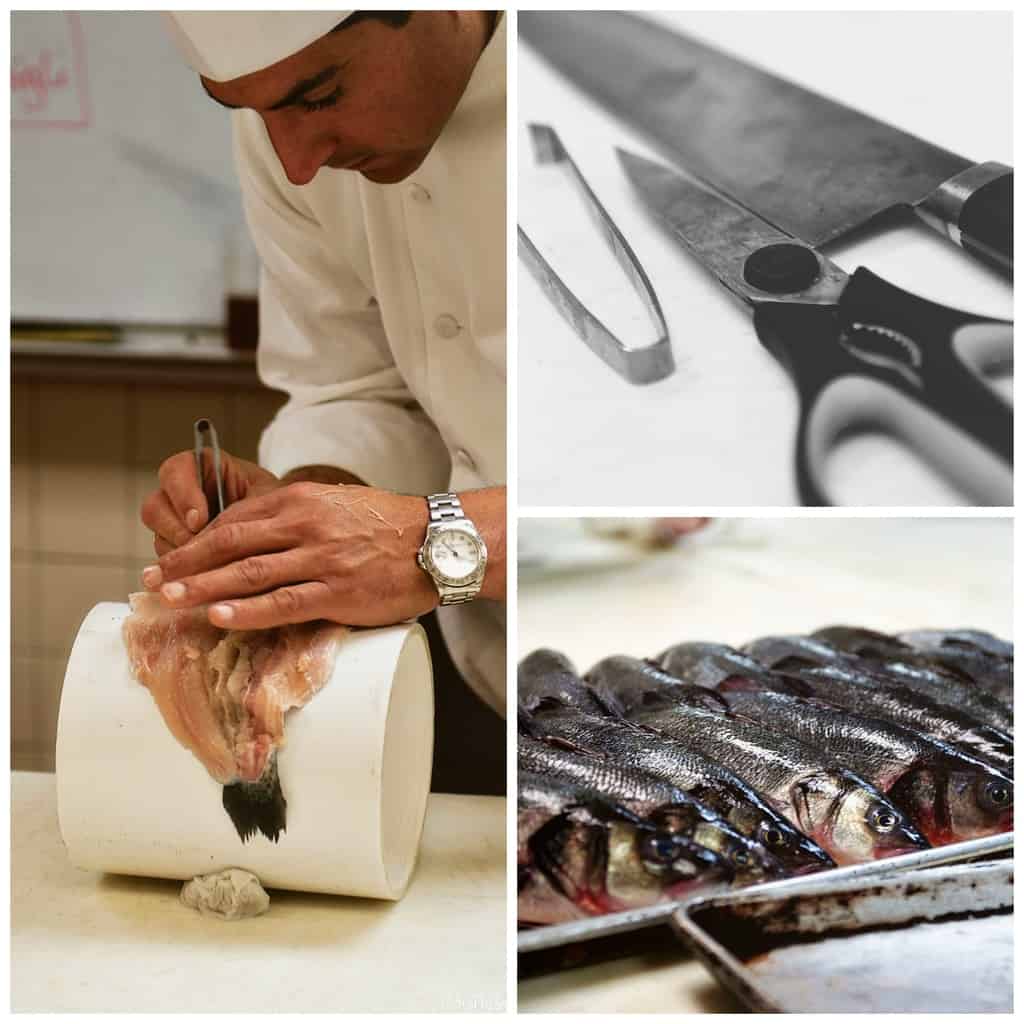 You cannot pack ‘the college experience‘ into a one day trip. But speaking as a kid who never got to go to college, as a grown adult who has regrets or ideas on how I could change my life, this one day tour changed my mind on what a real college could be like. One with a concrete purpose and goal. One where you see the layers and challenges of your job first hand, instead of just hearing about it from a tired dated text book. For the money you spend defining what your future could be, what possibilities and doors you want to open for yourself, the CIA felt like the best of the best. I can only hope whatever goal you have in mind, when that little voice whispers in your head, “this is what I want to be when I grow up” you find a CIA of your own.

Selected for you :   3 days in St Augustine | The Ultimate Agenda 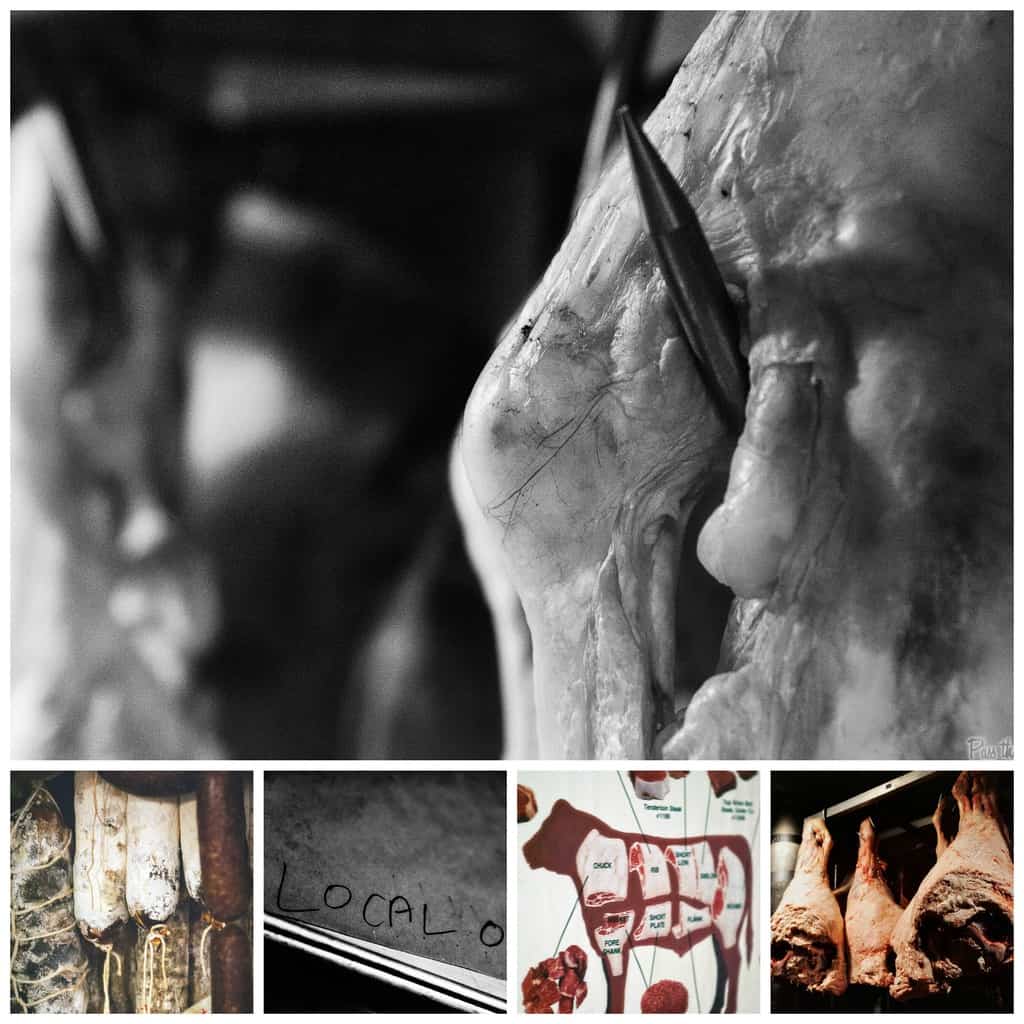 I also have to give a thanks to my fun partners on this trip. I enjoyed meeting Gina of SkinnyTaste, Russ from The Domestic Man and Jenn from Bake or Break. I wish I had gotten to know each of them a little better, but since our trip, I have enjoyed following them on instagram and facebook!

How fun!! I used to live about 30 minutes from Hyde Park. My husband and I would try to get to the restaurants as much as possible. We had so many great experiences there and it is one of the things we miss the most. If I didn't have to care about money, time or life. I would totally go hang out there.

Great recap, Kita! You really captured our experiences well. Like you, I was amazed at the sense of purpose there, in both the chefs and the students. I'm so glad to have met you! Happy new year!